Studies have shown that owning a pet has significant benefits to our health and well-being.

Researchers have discovered that owning a dog can reduce the risk of dying from a cardiovascular disease by about 36%. In fact, caring for animals can lower cholesterol and blood pressure levels. All that walking, playing, and bonding with your pet has health benefits that have a more lasting effect on your overall well-being. More so, if you’re the kind who likes to join dog shows and competitions, like this young lady in the video.

She and her adorable Beagle, Mia, worked up a lot of energy on the agility contest at the 2017 Westminster Dog Show. They also managed to generate a lot of delightful chuckles (which also helps bring down blood pressure). Watch to see what we mean.

Pets Can Help You Get Fit

A study by the University of Missouri revealed that “dog walkers improved their fitness more than people who walked with other people.” Another study found that people who owned dogs walked more minutes per week than those who did not.

This is good news for those who want to jumpstart their fitness goals. If you want a fun way to lose those jiggly bits around your waist, just run with your dog. That’s precisely what these students did.

In this viral video, a running coach decided that letting his cross-country team run with shelter dogs was a great idea. It’s a win-win situation for both humans and canines.

Pets Can Chase Stress Away

New dog owner Rachelle Flynn did not expect a simple video of her puppy Alfie sliding all over the floor to go viral. More than 15 million people have seen the hilarious and deeply satisfying video. Alfie is such a natural stress reliever.

Veterinarian Dr Rebecca A. Johnson said that just being in the same room as your dog, cat, rabbit, or bird can calm you down.

“A powerful neurochemical, oxytocin, is released when we look at our companion animal, which brings feelings of joy,” she said. Dr. Johnson also added that the stress hormones are reduced with the onset of joy.

You would probably agree that it can also happen with pets we don’t own but see on animal videos. There’s a palpable feeling of lightness when we see the likes of Boo, Grumpy Cat, and other pets in their playful and silly selves

Pet owners are more likely to experience better mental health than those without an animal companion. Pets can lower negativity, relieve loneliness, and boost self-esteem, as shown in a number of studies. One of the studies clarified that people don’t replace human friends with animals. Rather, they tend to “enjoy their pets’ company in addition to the company of their friends.”

Interestingly, there has been at least one viral case of a cat saving one man from suicide. An Army veteran, Josh Marino, was battling severe depression after returning from active duty. He was struggling with post-traumatic stress disorder (PTSD).

One day, when he was having suicidal thoughts, a stray cat came up to him. He was smoking in the rain and was in a dark mood. The cat, which he has since named Scout, rubbed up against his leg and allowed the soldier to pet him.

For the next few months, the soldier and the cat’s bond grew. Marino’s well-being also improved dramatically. However, the cat suddenly disappeared, which broke Marino’s heart. But as luck would have it, he got reunited with Scout several months later. He and his girlfriend were shocked to find Scout at a shelter. He immediately adopted the cat and took him home. The reunion made Marino an even better person. He went on to earn a Master’s in counselling and is helping veterans recover from PTSD.

Pets Can Boost your Social Life

According to researchers, about 40% of dog owners find making new friends easier. A British study also found that most pet owners are likely to converse with other owners during outdoor jaunts.

According to Messy’s owner, Oranit Kittragul, Audi is usually left in the yard all alone. His owner is usually out all day at work. When Audi cries, she asks Messy to talk to him.

“My dog just looks from my fence and sometimes he barks to [Audi],” Oranit said in an interview. “I don’t know what they are communicating, but he stops crying.”

Then, one day, Audi broke free from his home’s gate when his owner forgot to latch it. The first thing he did was run up to Messy’s fence. Both dogs greeted and hugged each other over the barricade. Audi went back to his home shortly after the sweet exchange.

Pets can even boost the romance game of their humans. Exhibit A is that viral story about 2 sibling cats reunited after their owners met on a dating app. Their accidental discovery that their feline pets were related has helped them take their relationship to the next level. They now all live together under one roof.

Did these stories warm your heart? Spread more love by sharing this with other pet parents!

Socialising adult dogs may seem like a daunting task as some full-grown pooches are set in their ways. However, all hope is not lost. There are many … END_OF_DOCUMENT_TOKEN_TO_BE_REPLACED 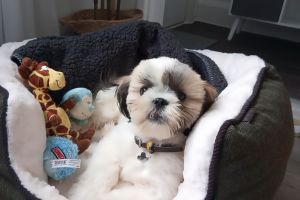 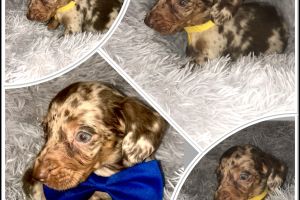 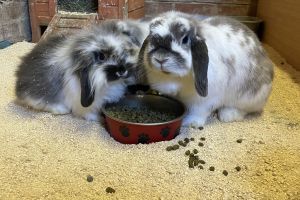 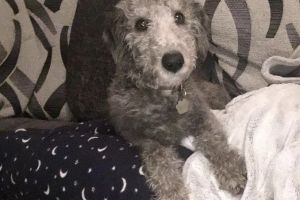