The Controversial Truth behind Debarking a Dog

Our dogs bark as a way of communicating with us. At times, it can be a destructive behaviour if not properly trained by owners.

Venticulocordectomy, a veterinary procedure of devocalising a dog has been carried out by many vets around the world, however, the act of debarking a dog is disapproved by a multitude of dog owners and animal rights activists.

The procedure of dog debarking has caught the attention of the media and here are two real-life events with two controversial outcomes:

A couple from Oregon owned several Tibetan mastiffs that were ordered to undergo a total devocalisation surgery to stop them from barking uncontrollably. The court made the ruling after the Karen and John’s neighbours, Debra and Dale Krein, filed a legal case. They have had enough of the dogs’ incessant barking.

The ruling shocked the couple and drew the criticism of the American Society for the Prevention of Cruelty to Animals (ASPCA). According to the organisation, they do not support surgical methods that try to curb behavioural problems whilst subjecting pets to unnecessary risk and discomfort.

Anne Beiler is a dog owner who was charged with animal cruelty. She paid Denise Felling, a former vet, to debark two Siberian Huskies by pushing rods down their throats. Anne also has two Doberman pinschers that were debarked but the procedure was done by someone else.

When she admitted to her crime, she was sentenced to two years of probation. The court also ruled that she needed to surrender all of the dogs that she owns. On the other hand, Denise admitted to four counts of debarking dogs.

How does debarking affect dogs?

Debarking is considered as an invasive surgical procedure that entails the removal of the dog’s laryngeal tissue. It does not stop the pooch’s ability to bark but rather decreases its volume. This means he can still bark but the volume, pitch, and intensity are decreased. Thus, the dog’s barks are just harder to hear for other people.

It is important to note that debarking has a number of side effects. The surgery can cause scar tissue build-up in the larynx. It can also result in difficulties in breathing and swallowing food. Apart from that, it can also cause chronic coughing and irritation that can lead to infection.

Debarked dogs are also prone to behavioural problems. Barking is a dog’s natural way of warning people and other animals to back off. If this ability is suppressed, he will resort to another method of warding them off which is through biting.

What are the reasons for debarking a dog?

There are a number of reasons why dog owners choose to debark their dogs. They fear that their dog would be taken away by the authorities and have them rehomed or euthanised due to noise complaints. Other dog owners debark their dogs for the simple reason that they cannot stand the constant barking.

What are the laws and policies on debarking in other countries?

In the UK, debarking surgery is illegal. Twenty-three countries in Europe including Italy, Denmark, and France signed and ratified the European Convention for the Protection of Pet Animals, which prohibits debarking surgery. Debarking is banned only in a few states in the US.

Debarking a dog is an extreme method in stopping nuisance barking. In most cases, it is a surgery of convenience for the benefit of the owner and not for the benefit of the dog. Spend time carrying out training, most of the excessive barking can be trained out of your dog if enough time and dedication are given. Try the following training tips as a start:

You may also like: Give Cannabis Treats to Barking Dogs

The mixed-breed lineage of the Yorkie Poo makes it challenging to determine if he has fully reached his adult size. With the help of this article, … END_OF_DOCUMENT_TOKEN_TO_BE_REPLACED 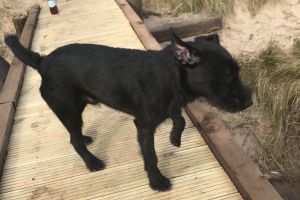 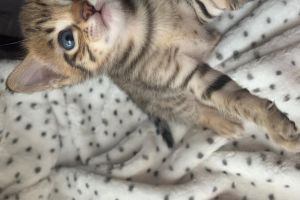 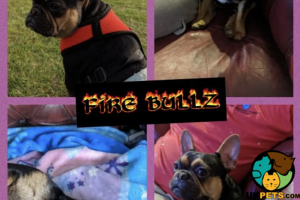