It was years ago when netizens were baffled by a cat that fell 19 floors down and managed to survive with only a minor injury on her lungs. Tabbies taking a plunge over miscalculating fences or heights over the pursuit of birds or any sighted prey have long been a mystery to those who have witnessed them. The cats’ purrfect landing with such grace and style can be explained by physics, physiology, and evolutionary biology, according to veterinarians and biologists. How far can a cat fall without hurting itself? What happens to a cat when it falls?

Science and technology help us reveal the secret life of cats. Researchers study and examine slow-motion video footage of cats landing on their feet as they fall. Two uncanny feline characteristics include an innate unique skeletal structure and the aerial righting reflex.

Why do cats land on their feet?

These furry creatures have been gifted with a flexible backbone and the lack of collarbone in the skeleton. These unique features allow them to execute landing with graceful flexibility and upper body rotation. With a shift of the head and forefeet, the rest of the body eventually follows. Their small bodies can swiftly twist in the air with four paws positioned to hit first on the ground. Their light bone structure and thick fur allow softening the force of the fall. However, it does not mean that tailless felines such as the Manx or unfortunate cats that lost tails from accidents or injuries are considered incapable to navigate a fall. In addition to that, there are some felines that extend their legs to create more air resistance slowing the fall similar to a parachute falling down. Such movement is often referred to as the flying-squirrel tactic.

‘They spread out their legs, which is going to expand their surface area of the body, and that increases the drag resistance. When they do land, cats’ muscular legs—made for climbing trees—act as shock absorbers,’ explains Andrew Biewener, a professor of organismal and evolutionary biology at Harvard University.

A cat’s inner ear has a vestibular system that allows her to determine her body position whether upside down, walking, or in motion. It further gives time to reorient and regain balance for the landing ahead.

A falling feline starts to shift her balance from the moment the flight response kicks in. With a natural ability to determine her body condition, she is quick to rotate her head facing the ground. Then, as she arches her back, the spine follows and then her front feet. Her hind legs will soon position facing downside in preparation for the landing. Her front paws position close to the face as protection the ground’s impact. During the landing, her leg joints cover the impact of her weight.

‘They’ve got decent muscles. In that they’re able to jump quite well, the same muscles divert energy into decelerating rather than breaking bones,’ says Jim Usherwood from the Royal Veterinary College.

Doctor Wayne Whitney and Doctor Cheryl Mehlhaff studied 132 feline victims from cat falls at the Animal Medical Centre in Manhattan. The falls covered 2 to 32 stories with an average distance of 5.5 stories. Ninety per cent of treated cats managed to survive and only 37 per cent require emergency treatment to survive.

What surprises the researchers is that cases of cats falling from high places have a greater chance of survival. Only one died out of the 22 cats that fell from 7 stories and above. Only one cat acquired fractures amongst 13 cats that fell from 9 stories and above. Sabrina, the cat that plunged 32 stories, ended up with a mild lung puncture and a chipped tooth. She was then given a release after 48 hours of recovery in the hospital.

The study suggests that there is no increasing speed found during the fall. The terminal velocity for a cat reaches about 60 miles per hour, whilst an average-sized human only reaches around 120 miles per hour.

It is believed that when extending their legs, cats are more susceptible to injuries. However, once the terminal velocity is achieved, the falling cat may start to reorient herself and spread her legs to increase air resistance and help even out the impact.

Before humans kept cats as pets, they are considered arboreal animals. They tend to make trees as their habitat. That being said, chances of falling or jumping for prey and miss are likely to happen. Biologists claim that these furry creatures have evolved to develop an aptitude to survive falls.

Robert Dudley, a biologist at the animal flight laboratory from the University of California–Berkeley, added that every living being that lives in trees have the ability of the aerial righting reflex.

Watch this video to further understand about cats falling in motion:

The truth is cats don’t always land on their feet. Falling felines are still susceptible to injuries and fractures. Not all cats land gracefully, most especially the older and weaker ones. Today’s house cats both in suburban and urban areas tend to be overweight, which makes them have a weaker physical condition. These factors enfeeble their ability to correct their position in mid-air and land on their feet.

Many rare dog breeds have gone to near extinction in the past, leaving them few in number. They are so scarce that estimations can only be made about … END_OF_DOCUMENT_TOKEN_TO_BE_REPLACED 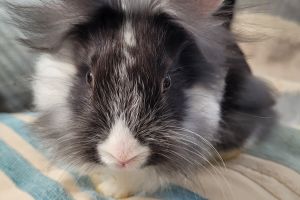 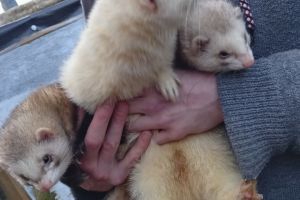 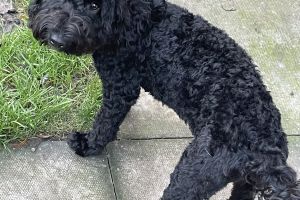