The Real Truth Behind “Chocolate is Poison for Pets”

Chocolates pose as a health hazard to our furry companions. However, some of the common beliefs about chocolate poisoning are exaggerated. For instance, ingesting it can immediately cause poisoning, which is not always the case. The effect of chocolate toxicity depends on the size of the pets and the type and quantity of chocolate that they have eaten. Know how much is too much and what types of chocolates are more toxic for your pet.

Why is chocolate toxic to cats and dogs?

The presence of the chemicals theobromine and caffeine in chocolate is what makes it poisonous to pets. Whilst our bodies can easily metabolise these chemicals, our furry buddies, especially dogs, process them more slowly. As a result, the toxins can build up to dangerous levels in their system.

In the 2017 annual report of the Veterinary Poisons Information Service (VPIS), chocolate ranked as the third most common agent of toxicity that pet owners report to the organisation. There were over 600 chocolate toxicity incidents recorded in total. Dogs are the usual victims of this type of poisoning.

According to the 2017 report, VPIS received 267 calls about possible milk chocolate poisoning and 148 calls for chocolate toxicity in dogs. All chocolate enquiries (whether, milk, dark, or white) comprised 5.8 per cent of all canine enquiries. On the other hand, chocolate was not listed in the top 10 most common toxicity enquiries in cats in 2017.

Why are dogs more prone to chocolate poisoning than cats?

A canine’s taste buds can identify sweet taste just like humans. Thus, most of our pooches can develop a sweet tooth. This is why they have the tendency to get their paws on sugary treats. Meanwhile, cats are unable to taste sweetness. Therefore, they are less likely to eat large amounts of chocolate.

Types of Chocolate and How Toxic Are They For Pets

How Much is Too Much?

It is also worth noting that if older pets ingest too much dark or baking chocolate, they might have a sudden death due to cardiac arrest. Geriatric cats and dogs with pre-existing heart disease are more likely to succumb to this condition.

What should I do if my pet has chocolate poisoning?

It is best for you to bring your pet to the vet immediately for treatment. The medication depends on the amount and type of chocolate consumed. If the toxicity is spotted early, the vet will usually administer medicine that would trigger vomiting.

The vet will also give your furry friend activated charcoal to prevent the body from absorbing theobromine. You can also expect the vet to provide supportive treatments such as intravenous fluid therapy. This helps in stabilising your pet and encourages theobromine excretion. 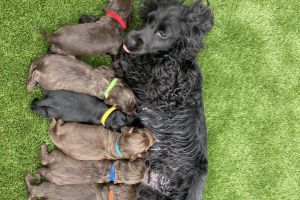 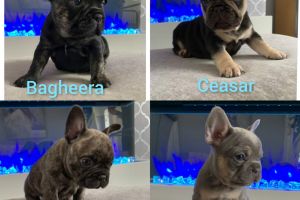 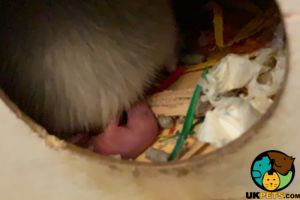