When the Captain Marvel movie poster was released, all eyes were on Goose, Carol Danvers’ furry friend. The hero’s cat took the internet by storm as she showed off her kitty charm on screen. Now it is time to know the history of Captain Marvel’s not-so-ordinary cat.

Out of This World

Goose’s first appearance was in the comic Giant-Size Ms. Marvel #1, which was published back in April 2006. She was presumed to be a normal and domesticated orange tabby. However, Rocket, the anthropomorphic raccoon that starred in the Guardian of the Galaxy, revealed the cat’s true nature.

Although Goose is a feline, she belongs to an extraterrestrial breed of cats known as Flerkens. They are known to be highly intelligent aliens that inhabit the planet Earth-58163. Flerkens commonly disguise themselves as a housecat and they are known to be rare. Unlike normal cats that give birth to their kitten, these extraterrestrial felines would lay eggs instead.

If ordinary cats would use their claws and fangs to attack and defend themselves, so do Flerkens but also add in the tentacles concealed inside their cheeks. To hide their tentacles when situations don’t call for it, they would keep it inside the pocket dimensions found in their cheeks. These pockets consist of bubbles of space-time that acts as a container where they can store things.

After Rocket tried to eradicate Goose in a panic, Captain Marvel swooped in and defended the cat. However, Rocket would not hear any of it and stubbornly stood his ground in not trusting the creature. In fact, he even attempted to sell poor Goose on the black market.

If the reveal of Goose’s true nature was not shocking enough, then the rarity of her kind is even more surprising. It appears that Goose was the very last of her kind. As that fact has come to light, some extremely eager customers want to stake their claim on the rare creature.

To make matters worse, they were just in time to see Goose’s kittens start hatching all over Captain Marvel’s ship. There are 117 fluffy wee Fler-kitties crammed inside the tiny space pod.

Luckily, the superhero just came at the right time and successfully fended them off. But all the hard work was not only handled by Captain Marvel alone because Fler-kittens joined in the fight. They had shown how deadly a Flerken can be. After the whole chaos has died down, they searched and discovered a safe planet where all Goose’s tiny babies can grow into strong Flerkens.

Despite being an extraterrestrial feline, Goose is just like any other cat that needs a pet sitter when her owner is off to attend some hero duties. The task would unluckily befall on Rocket, who is still extremely disliked by Goose after the dangerous stunt he pulled on her. The cat would make every pet-sitting opportunity an extremely difficult situation for him.

But Rocket is not the only one going through such exhausting duties. James Rhodes, Carol’s on-again, off-again boyfriend, is also frequently called to catsit Goose as Jessica Drew, also famously known as Spider-Woman, refuses to watch over the feline.

Despite Goose’s list of abhorred people, she has a growing list of a few individuals that she seems to either like or tolerate. They are Lady Thor, Monica Rambeau dubbed as Spectrum, Wendy Kawasaki who is an ally of Captain Marvel, and Lieutenant Commander Abigail Brand.

It turns out that the extraterrestrial cat also becomes Captain Marvel’s reliable furry companion. Goose would safeguard her owner’s New York apartment from nasty villains. However, she is also accustomed to doing domesticated chores like ‘helping’ Carol’s mother with gardening and brawling with the Danvers family’s earth-cat, Sox.

On the other hand, she’s got a long list of extra duties too, such as strutting around the Alpha Flight station like a total queen, or simply making Rocket’s life miserable as they fly through space with the Guardians of the Galaxy.

Possible Role in the Movie

There are growing theories as to how significant and what role Goose will play in the upcoming Captain Marvel’s movie. Since she was heavily featured on the movie’s promotion and merchandise, it is assumed by many that she plays an important role in the story. She even has a short clip with Nick Fury, who has become smitten on how adorable she is, on the Captain Marvel trailer.

Although not many details were disclosed, there is a popular fan theory that has been circulating. Numerous fans speculated that if Flerkens have the ability to transport anything or anybody with the use of their pocket dimensions, she may then be a part of a scheme in the Avengers: Infinity War.

They hypothesised that maybe the Avengers who died when Thanos snapped his finger did not actually die. But instead, they were just transported into another dimension with the help of a Flerken’s ability to teleport various objects and people.

Additionally, it was also shown at the end of the Infinity War that Carol Danvers was summoned by Nick Fury. Therefore, it clearly shows that Captain Marvel will play an important role in the Avengers: Endgame. It is likely that we will see this spunky extraterrestrial feline more on screen other than just the Captain Marvel film.

All Eyes on Goose

Aside from the fact that Goose has extraterrestrial blood flowing through her veins, people are smitten over her simply for the fact that she is one charming kitty. With her super adorable mewls and fluffy coat, of course we can’t help but coo just like Nick Fury saying: ‘Aren’t you the cutest little thing?’

Did you have fun reading this article? Find more interesting articles on our blog!

How to Look After a Kitten (When You Need to Work)?

How to Look After a Kitten (When You Need to Work)?

The fluffy French Bulldog’s unclear origins had people wondering if he is a mixed breed or a purebred. Find out how fluffy Frenchies developed this … END_OF_DOCUMENT_TOKEN_TO_BE_REPLACED 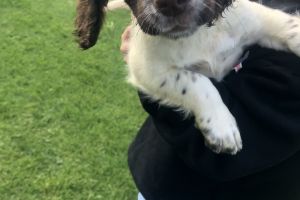 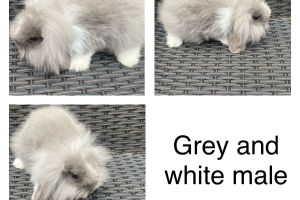 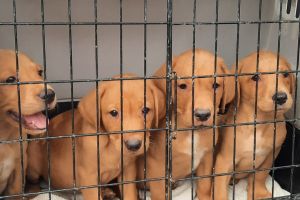 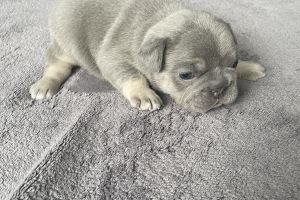