The Story of Smucci the Stray Black Kitten

The haze of black fur running across a couple’s patio one summer day in Illinois turned out to be a hungry tiny black kitten. Little did this stray kitty know that he’d find his new forever home.

A short-haired black male kitten came to the patio of Marc and Beata because there was a bowl of water there. The couple left some food, hoping to win him over. The following day, the black kitten returned to the same spot hoping to find food, which the couple gladly provided.

Soon, it became the stray black kitten’s habit to visit Marc and Beata’s patio regularly for food. Although the couple enjoyed the black kitten’s frequent stopovers, they kept their distance because he was wary of humans and was easily scared off.

Whilst trying to win him over, Marc and Beata kept an eye out for the black kitten’s mother and siblings. However, it soon became apparent that tiny black kitten was living all alone in the bushes outside their home.

It gave the couple more reason to look after the stray black kitten.

Over time, the black kitten became more trusting towards the couple. He realised that they were there to help him. Every time he sees them going outside, he would rush up to them and wait for food.

The tiny black kitten eventually warmed up to the couple and got comfortable with them. However, he still was wary of other people. Whenever the neighbours drop by their home, he would hide in the bushes.

The stray black kitten has become attached to the couple as the days passed. He would try to sneak into their house every time they opened the patio door.

So when the couple confirmed that the black kitten indeed wasn’t owned by anyone, they decided to keep him and named him Smucci.

Marc and Beata were delighted to have Smucci, the black kitten, into their home. They didn’t waste time buying a cat carrier, a playpen, and cat toys. After completing all the necessary vet visits, the black kitten officially became a part of the family.

The couple also had a pooch named Haruki. In order for Smucci, the black kitten, and Haruki to get accustomed to each other, Marc and Beata gradually introduced them through the playpen. After a few weeks, Haruki and Smucci the black kitten became best buddies.

Beata, who is now a doting cat lady, shared how the tiny black kitten started to eat dinner together with them instead of eating alone. It was clear that Smucci, the black kitten, has adjusted wonderfully with his forever family.

Yes, black cats are special as they are believed to bring good luck in many cultures. They are believed to help increase wealth and improve love life. Back in time, sailors also kept these felines in the ship to ensure a safe voyage across the sea.

As family pets, black cats are loving and playful felines who adore their loved ones just as much as they adore them. Another wonderful thing about them is their high immunity to disease because they have undergone genetic mutations.

Sadly, despite their good qualities, more and more black cats are in need of forever homes.

Trivia:The Bombay Cat is the only cat breed that sports black colour. She resembles a black panther because of her sleek, black fur and strong, muscular body.

Why Are Black Cats Overlooked in Animal Shelters?

Unfortunately, the belief that black cats are bad omens that bring bad luck also exists. For a long time, they were linked to witchcraft and other awful superstitions. For instance, black cats crossing your path is an omen of misfortune or death.

In fact, some people discourage animal welfare agencies from carrying out Black Cat Adoption Day during Halloween since they feared that these felines would be used for horrible rituals and sacrifices.

Their claim was unsupported, but it left a negative impact on the chances of these cats getting adopted.

Another issue that some potential cat owners have with black cats is that they don’t look well in photographs. Thus, they end up choosing cats with lighter colours.

Open Your Hearts and Homes to Black Cats

Cat fanciers need to look past the colour and bad rumours about black cats. Like most domestic felines, they also need a family who will give them lots of love. Hence, if you plan to add a cat to your household, consider adopting a black cat.

However, whether a black cat brings good luck or not, this should not be a basis for adoption. Their personality and adaptability to your life must be the motivating factor on why you want to welcome them into your home.

Other ways to show your support for black cats is to celebrate Black Cat Appreciation Day. You can volunteer to help in the local animal shelter in your area to give extra love to black kitties.

Posting fun facts that dispel popular black cat myths on social media also helps improve their likelihood of finding their forever homes. If you already own a black cat, take a selfie with her and show the internet how lovely and charming she is.

Australian Shepherds were bred to be herding dogs that can withstand cold climates. They sport dense and thick double coats that provide them warmth … END_OF_DOCUMENT_TOKEN_TO_BE_REPLACED 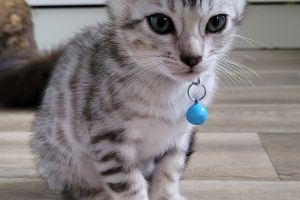 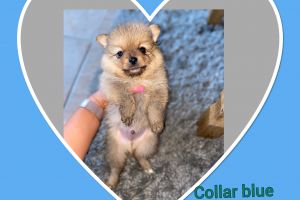 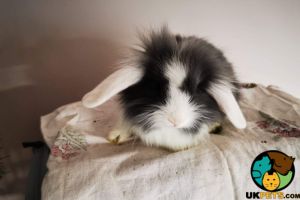