The sweet, playful, and devoted Ragdolls are one of the most docile cat breeds you could ever own. Unsurprisingly, they have earned recognition worldwide and are considered as one of the most favourite breeds amongst cat lovers. Are you thinking of getting a Ragdoll? Read our list of 6 cat facts about these gentle giant felines.

1. The Ragdoll cat is a large feline but is a slow-maturing breed.

Ragdolls are classified as one of the larger cat breeds. How big can Ragdolls grow? In comparison, the average cat size ranges from 20 to 25 centimetres in height and around 10 pounds in weight whilst a mature Ragdoll cat can grow up to 66 centimetres with an average weight of around 20 to 15 pounds. As a slow-maturing breed, it may take up to 4 years for a Ragdoll to fully grow.

2. As big as they are, Ragdolls love to be carried around.

The breed’s name is coined after this particular trait of going limp when you pick them up. The Ragdoll cat enjoys much being carried by their humans. Sometimes they even go floppy and relaxed when someone picks them up. If you are looking for a cuddle buddy, the Ragdoll cat is a perfect match for you.

You may also like: The 5 Cat Breeds That Love You Best

3. They are a sight to behold.

The Ragdoll cat is undeniably a magnificent looking feline. It has defining features that make them stand out. They are widely recognised for their long delicate coat and blue eyes. All purebred Ragdolls have blue eyes whilst mixed breed Ragdolls can have green, dark blue or gold eyes. These colours may change throughout kittenhood

Their iconic long, white coats come in a variety of colours. Aside from the colour pointed felines, here are some common colours observed in Ragdolls:

Certain breeds have temperature-sensitive colouration and Ragdolls are one of them. Much like the Siamese and Burmese, Ragdolls have a different shade of colour at their points including their ears, face, legs, and tails and it’s not just about genetics; temperature is also a contributing factor.

A Ragdoll kitty in her mother’s womb is exposed to a very warm temperature which activates a special modifier gene. It prevents the pigmentation to develop in the fur and leads to albinism. This is the reason kittens are born with an all-white coat. The said modifier gene may only influence pigmentation of the fur when the cat is exposed to temperatures between 100 and 102.5 degrees. If the temperature drops down, the cat’s coat may able to deliver the pigment on her fur. The pigment is usually seen on the cat’s points such as around their noses, ears, tails, and paws. These areas indicate a lower temperature of the cat’s body.

An all-white kitten may develop her own markings in a minimum of few weeks, some may take two to three years for its point colours to be fully developed; colours vary from blue, chocolate, cream, lilac, red, and seal. This is due to the absence of their mother’s warmth from the womb.

Ragdoll cats love humans, and their fondness for humans is not exclusive to their owners. They can be very friendly to house guests and strangers. Their soft nature makes them vulnerable outdoors. Not being one of the “streetwise” breeds, Ragdolls are best kept indoors.

6. Ragdolls are dubbed as “puppy-cats”.

Ragdolls earned the nickname “puppy cat” because of their puppy-like behaviour. These gentle giant kitties enjoy being held and cuddled. Just like dogs, they are likely to follow their owners from room to room. This is a very affectionate breed that gets along well with each family member and other pets. As playful felines, they would enjoy a good fetch game with their humans. Another unusual trait in Ragdolls is their desire to remain on the ground. Many cats find their lounging spots in high places but not this breed. These felines prefer sleeping on your lap.

Is the Ragdoll cat your purrfect match? Take our Cat Breed Selector Quiz to find out!

There is a dispute about the puppy training pads’ effectiveness in potty training. Some attest that they helped pups move forward in training, whilst … END_OF_DOCUMENT_TOKEN_TO_BE_REPLACED 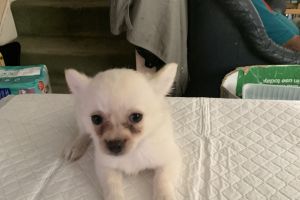 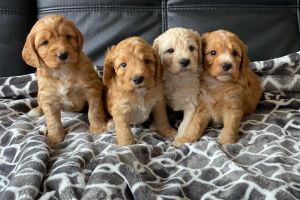 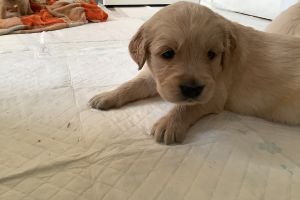 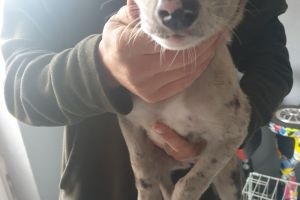