There is something captivating with the Maine Coon, with its massive size, shaggy fur, tapered ears, and bushy tail. In fact, this is one of the most beloved of all cat breeds—it was declared as an official state cat of Maine, hence the name. However, it was not until the 1980s when its popularity surged in the UK. The list goes on on why a Maine Coon is indeed a worthy buy.

The universal fame of the Maine Coon is a well-earned one, full of recognition and awards. It is documented by the Guinness World Records as the longest cat on earth and the cat that has the longest tail. As it is coined as the ‘gentle giants’ and the ‘dogs of the cat world,’ there is more to this breed than its massive size.

It is undeniable that they are the largest domestic cat in the world. The Maine Coon kitten, from a few pounds, can grow into a massive size weighing 13 to 18 lbs with a maximum height of 40 inches tall. Additionally, they have fluffy, long hair that adds glamour to appear much larger than their substantial built.

The origin of its appearance is filled with tales and popular myths.

Their origins may remain a puzzle to most, but one thing for sure is that this breed comes from gene mutations.

The Maine Coon is truly a sight that never fails to grab the attention of anyone. Its fur is not just a rare sight, but it is beneficial to them as well. Their multiple layers of fur that appear long and shaggy help them survive with relative ease during winter and in harsh climatic conditions. Their large, furry paws make them capable to walk on the snow with fur that is almost waterproof.

4. Maine Coon has a sweet admiration for water

It is common to see Maine Coons swimming underwater as they have thick and dense water-resistant coat. In fact, they relish activities involving water. Many owners gladly fill their bathtubs with water, giving their huge felines an opportunity to play in their element.

5. Maine Coon graced in a variety of colours

Their fluffy fur can be painted in many colours and pattern. Although the common colour pattern that we see is the brown tabby, there are other hybridisation colours accepted by the breeding standard. The following are just some:

Many of their personalities are often compared to their canine counterpart.

7. Maine Coon, the cat that does not meow

Instead of a simple ‘meow,’ the Maine Coon is capable of engaging in different vocalisations. You may find your feline chirping, trilling (a little of meow and purr), yelling, and a couple of other sounds. A ‘chirp’ may mean that she has spotted her prey, whilst a ‘trill’ can be an expression of happiness.

8. Maine Coon, a cat that starred in Harry Potter

This breed is not only a wonderful pet but a skilled actor as well. ‘A scrawny, dust-coloured creature with bulging, lamp-like eyes,’ as described by J.K. Rowling in the Harry Potter series, was characterised by none other than a Maine Coon. To keep the casting close to the author’s description, they made their hair appear messy and prickly with the use of special products during the set.

Some may find the Main Coon’s daunting size intimidating, but it is not dangerous and cannot hurt people. Are you ready to rear one of the most popular cat breeds? Find your match here.

The winter season does not only bring in a festive ambiance and cold weather. It also drags along a number of threats that can endanger our dog’s … END_OF_DOCUMENT_TOKEN_TO_BE_REPLACED 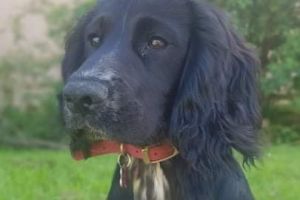 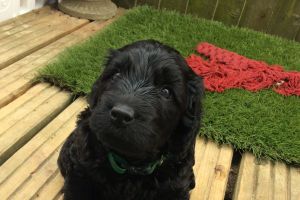 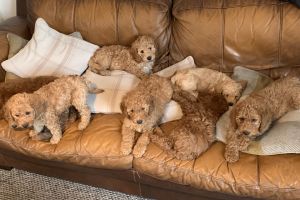 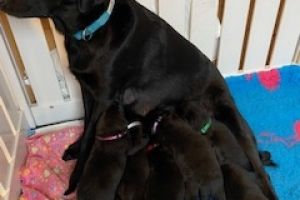