There are more than 350 pony and horse breeds that exist in the world. They come in different sizes and colours. Out of all the beautiful horse breeds, there are a few of them that stand out. Find out the most popular horse breeds and why they are the darlings of the equine world.

The breed has a composition of Narragansett, Standardbred, Thoroughbred, American Saddlebred stock, and Morgan. This draft horse breed comes in a variety of colours and patterns that impress horse enthusiasts the world over.

The modern Tennessee Walking horses typically range from 14 to 17 hands in height and weigh between 900 and 1200 pounds. Their beautiful head and well-placed ears are their distinctive physical trait but it’s their natural gait that makes them unique. Just like the Icelandic horse breed, they can perform many variations of the running walk which is ideal for trail riding.

The Tennessee Walker was originally bred as a utility horse but because of its naturally smooth gaits and gentle temperament, it transformed into one of the best trail, show and, pleasure horses around.

Arguably the most popular breed in North America, the American Quarter Horse is the fastest short-distance racehorse breed. This docile breed is often seen in the colours of bay, black, chestnut, and palomino.

With its sturdy build, the American Quarter Horse is remarkably versatile. It can be a working horse, a family horse, a show horse, or a trail horse. It’s exceptionally agile and nimble even when running at high speeds.

Quarter horses excel in rodeo events but they shine in sprint racing where they can run at speeds of 55 miles per hour. This breed is ideal for families and individuals who are still new to riding. They are easy to train for competition or for manoeuvring cattle. They are very intuitive so they require little guidance once trained, making them easy keepers.

The Andalusian horse is a purebred Spanish horse that originated from the Iberian Peninsula in the 16th century. Because of their agility and courage, they were highly regarded as supreme war horses by Ancient Greeks and Romans. This ancient breed is considered the grandfather of all breeds because of its influence in the development of most of the horse breeds in existence.

Because of their long arched neck and abundant sleek mane combined with their strong legs and powerful hindquarters, make them a horse breed suitable for general riding, bullfighting, dressage, driving, and jumping.

Miniature horses were initially bred for the novelty of their size, however, people have found other uses for them. Because of their small stature, they were the perfect horse breed to work in mines because they can easily move through tight spaces.

A purebred adult miniature horse can only grow as tall as 34 inches, which is comparable to a large dog such as the Great Dane.. Aside from their small size, their distinctive thicker coats and abundant manes distinguish them from other breeds. Unlike the stocky and short-legged ponies, minis look like a shrunken down full-size standard horse. They come in a variety of equine colours and coat patterns, including spotted and pintos.

Modern-day miniature horses are mostly kept as pets. Since they are too small for riding, they are usually entered into conformation contests. Others compete in performance-oriented competitions similar to dog sports.

Because of their calm and affectionate nature, minis are being used as a therapy horse just like the Gypsy Vanner horse.

The distinctive coat patterns and markings of the American Paint Horse combined with their muscular stature give them a strikingly unique physical appearance.

The breed is a combination of a thoroughbred and a quarter horse. They typically grow from 14 to 16 hands in height and between 950 and 1,200 lbs in weight.

Originally bred for their gentle demeanour, athleticism, and intelligence, the paint horse developed into strong, fast, and agile workhorses used mainly for transportation.

American paint horses are intelligent and highly trainable. As such, they are a favoured breed by cowboys and ranchers for versatility and speed that can reach 55 to 60 mph. They are suitable for dressage, jumping, trail riding, farm duties, and horse shows.

The Appaloosa breed is one of the most beautiful horse breeds sporting distinctive colourful spotted coat patterns. They come in different base colours including red roan, bay roan, grey, palomino, chestnut, and brown, among others. Because of their remarkable appearance, Appaloosas are often featured in movies and television shows.

Trivia: An Appaloosa Horse starred in the movie True Grit (2010) and ridden by Matt Damon.

The Appaloosa breed was almost lost when the horses were stolen or killed in the 1870s during the Plains Wars. Fortunately, the breed had its resurgence in the 1930s when the surviving horses were used to propagate the breed. The Appaloosa Horse Club was then created as a breed registry to preside over the breed’s renaissance.

The height of the Appaloosa is anywhere from 14 to 15 hands. Its weight is between 950 and 1200 lbs. Appaloosas are very versatile horses that can be used for trail riding, racing, Western and English riding sports, and gathering and working cattle. When not working, this gentle and friendly breed makes for a great companion.

The Morgan descended from a horse named Figure who was believed to be the offspring of horses with Arabian and thoroughbred heritage. It is also widely accepted that the breed has Welsh cob or Friesian horse bloodline. The result of this is a multi-purpose horse breed that performs well at work, on the race track, pleasure riding, or horse shows.

Morgan horses are relatively smaller than most full-size horses. It stands 14-15 hands tall on average and weighs anywhere between 900 and 1,000 lbs. They come in all equine colours but they are typically black, solid, or dark. Some breeders produce Morgan horses that have less common colours like pinto, roan, dun, and palomino.

The refined features of the Morgan horses give them a distinctively regal look. Combined with their strong, compact body and alertness, they are suitable for equestrian sports. Whilst the Morgan horses tick all the right boxes in terms of physical features and purpose, but their defining quality is their calm and friendly temperament.

The Thoroughbred is a refined breed with Arabian ancestry and developed from three stallions owned by English Kings, James I, and Charles I of England. It is undoubtedly one of the most well-known racehorse breeds in the world.

Thoroughbreds come in a variety of colours including bay, dark bay, black, grey, chestnut, and roan. Their coat colours vary but white markings can be observed on their faces and legs. They stand at 16 hands tall on average and weigh a hefty 1,200 lbs at most.

Because of their great physical qualities, there are crossed with other breeds. Cleveland Bays from England are widely crossed with thoroughbreds to produce working hunters.

Thoroughbreds are a result of selective breeding which gave them the speed, agility, endurance, and strength to excel in racing and other equestrian sports. They have developed physical qualities that are desired in a sport horse. When they go past their prime as a racehorse, they are used as riding horses.

Arabian horses are believed to have originated from the Arabian Peninsula where the Bedouin tribes reside. The horses were prized possessions by the tribespeople because they were used as transportation, hauliers, and war mounts.

Arabian horses have black skin which protected them from the scorching heat of the desert sun. The recognised coat colours of the Arabian horse breed are black, grey, bay, chestnut, and roan. Some Arabian bloodlines have distinctive white facial markings and high white socks.

Arabian horses have a commanding presence but they are relatively small compared to other racehorses and riding horses. They stand anywhere from 14-16 hands and weigh a svelte 800-1000 lbs. They are known for their long arched necks, high tail carriages, and floating trot.

The unforgiving desert terrain and climate developed the breed into a strong and robust breed. Modern-day Arabian horses have inherited their ancestor’s hardiness and stamina making them suitable for long-distance trail riding. Their speed and agility make them great racehorses comparable to thoroughbreds.

Dogs are common hosts for various intestinal worms. Many dog owners are wondering, “What home remedy can I use to deworm my dog?” We have  6 natural … END_OF_DOCUMENT_TOKEN_TO_BE_REPLACED 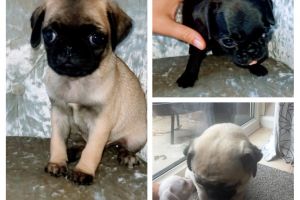 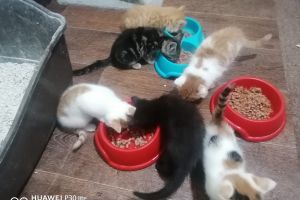 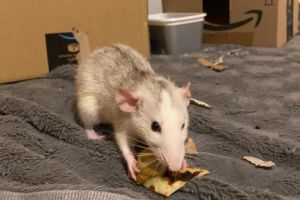 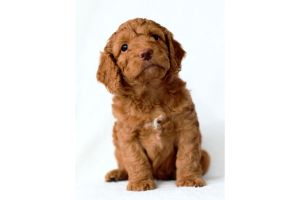