10 Truths About the Tortoiseshell Cat Uncovered

The Tortoiseshell Cat is a multi-coloured feline possessing traits unseen in most cats. Some misconceptions have been floating around about her for a long time. Let us clear them up to better understand the unique Tortoiseshell Cat.

1. The Tortoiseshell Cat breed does not exist.

Contrary to some people’s belief, Tortoiseshell or Tortie is not some kind of cat breed. Instead, it refers to a distinctive coat pattern named after the tortoiseshell jewellery it resembles.

However, the Tortoiseshell coat appears in specific breeds of cats such as the American Shorthair, British Shorthair, Cornish Rex, Maine Coon, Ragamuffin, and Siamese.

2. The Tortoiseshell Cat’s coat is a mix of 2 colours.

What colour is a Tortoiseshell Cat? The Tortie Cat has a bi-coloured coat that usually comes in colours of orange and black.
Other colour combinations in this coat pattern are grey and cream, and brown with golden highlights. All of these colours blend to form unique patterns such as:

This pattern is characterised by the classic combination of traditional Tortie Cat colours mixed randomly together.

Torbie is the combined name of a Tortie and a Tabby. Felines possessing this pattern have Tabby stripes of orange and brown and Tortoiseshell markings on their body.

3. The Tortoiseshell Cat has one big distinguishing feature from the Calico.

Many pet owners confuse Torties for Calico Cats because of their nearly identical colouration. However, there is one way to tell apart a Tortoiseshell Cat vs Calico Cat: look for white spots of fur.

The absence of white splotches means that your feline friend is a Torti Cat. If her coat does have white markings mixed with 2 other colours, then she is considered a Calico.

Another distinctive trait of the Tortoiseshell Cat from the Calico is his coat colouring, which tends to be in darker shades.

4. Most Tortoiseshell Cats are female.

A huge chunk of the Tortie population is comprised of females. This strange phenomenon can be explained by looking into their genetics. The sex chromosome in cats is also responsible for determining their coat colours.

5. Male Tortoiseshells exist due to a genetic anomaly.

Can you get male Tortoiseshell Cats? Yes, you can get male Tortie Cats, but they are hard to come by. For these felines to exist, they have to be born with an extra X chromosome in their genes, which is considered an abnormality.

Males with XXY chromosomes are prone to some health issues. Sterility is one of them, further causing Tortoiseshell Cat males to become scarce.

However, old research conducted in the 1980s brings up another interesting theory. Its results show that some male Tortie Cats have normal XY chromosomes.

Experts surmise that the occurrence of Tortoiseshell coats in male cats was due to unstable genes linked to hair colour.

The X chromosome responsible for orange colouration might have turned off in certain cells, resulting in the manifestation of the tortoiseshell colours and patterns. That being said, this is not a common occurrence in male cats much like the genetic anomaly.

You might be wondering: “How rare is a Tortoiseshell Cat?” Female Tortie Cats are not rare, and they can be easily found in shelters and foster homes. Male Tortoiseshells are a different case. Only about 1 in 3,000 Torties are male.

6. Tortie kittens can be born from non-Tortoiseshell Cats.

The dame does not necessarily need to be a Tortoiseshell Cat. She can be a black cat mated to a ginger male or a ginger feline bred with a black male.

Keep in mind these are merely speculations on ways to produce Tortoiseshell kittens in a litter. It does not guarantee that the desired outcome will occur.

Various tales have been spun about the mystical qualities a Tortoiseshell Cat has. She is revered in many places, which gives way to superstitions.

Folklore from England states that rubbing a Tortie Cat’s tail on a wart will make the affliction disappear.

Ancient Celts believed that Tortoiseshell Cats bring good luck. In America, they are called “money cats” that bless their owners with good fortune.

According to a Japanese belief, Tortie Cats help keep ghosts away from homes. In Southeast Asian folklore, they were said to have originated from the blood of a young goddess.

8. The Tortoiseshell Cat has a reputation for being temperamental.

However, experts disagree that the colouration is correlated with the grumpy disposition of these felines. They only view the testimonies as anecdotal evidence.

According to them, individual personality, genetics, and living environment are the big factors that cause Tortoiseshell Cats to act the way they do.

Tortoiseshell can get along with other cats just fine with proper guidance. Proper socialisation and careful introduction are important in making 2 felines live harmoniously.

9. The Tortoiseshell Cat can live a long life.

How long do Tortoiseshell Cats live? There is no clear-cut answer to this question. The Tortoiseshell Cat’s lifespan depends on many variables, including breed and lifestyle.
Purebred Torties tend to have shorter lives than mixed-breed Tortoiseshell Cats due to breed-specific health problems.
How Tortie Cats are cared for also determines their life expectancy. Providing them with a comfortable home, healthy and nutritious cat food, and plenty of interaction and exercise will increase their chances of living a longer life with you.
A good example is the black and orange Tortoiseshell Cat named Tiffany. She is the Guinness World record title holder for the oldest cat living in the world at the age of 27.

The price tag of a Tortoiseshell Cat depends on her breed and pedigree. It can approximately run from around £100 to over £700.

Acquire your Tortie Cat from a reputable breeder to ensure that she has a healthy body and a stable temperament.

You can also try searching for your ideal feline companion in an animal rescue shelter or a rehoming organisation. It is a great way to help provide a forever home and a better life to abandoned Tortoiseshell Cats.

The mixed-breed lineage of the Yorkie Poo makes it challenging to determine if he has fully reached his adult size. With the help of this article, … END_OF_DOCUMENT_TOKEN_TO_BE_REPLACED 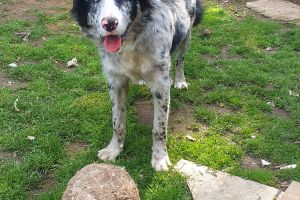 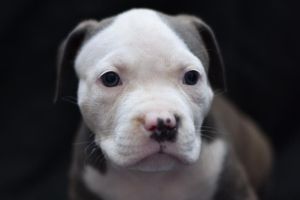 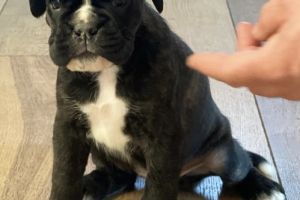 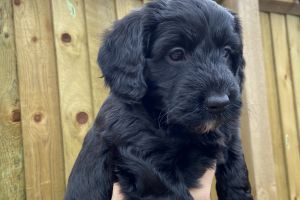