Unbuckling Your Pet When Driving Jeopardises Many Lives

A thousand (45%) canine owners admitted that they do not strap their pets when travelling, as reported by a survey that was commissioned by a well-known car manufacturer. More than half of them confessed to letting their dogs prowl inside their cars. It is a dangerous driving practice that can lead to a tragic end.

The survey results revealed that 35% of pet owners lose their focus when driving. It is caused by getting distracted by their furry companions that are able to roam without any restrictions inside the car.

In connection, a tenth of the respondents in a research through OnePoll said that they are aware of the risks that come together with letting their pooch loose inside their cars. However, they ignore these dangers and continue to do it anyway.

On the other hand, 30% of dog-owning drivers admitted to doing another dangerous practice whilst driving. They would not only unstrap their pooch during a car ride but they would also allow their pets to stick their heads out of the window.

The aforementioned negligence has led to a number of grave consequences. A tenth of dog owners painfully recollected the horrifying moments where they were unable to stop their pooches from leaping out of the car’s window whilst it was in motion. These casualties include six out of ten UK pets ending up injured or worse, dead. Furthermore, a tenth of the OnePoll survey respondents answered that they experienced a near miss incident whilst driving because their unstrapped pooch diverted their attention away from the road.

25% of the dog owners revealed in the survey that strapping their pets during short trips is ‘pointless.’ Another 29% confessed that their pooches ‘doesn’t like being strapped down’ during the entire journey. The other 17% of the respondents pointed out that a dog crate, which is used in securely transporting animals, cannot fit into their car.

Despite these explanations, Rene Bern, a car engineer and an owner of an Australian pooch named Emil, advised that pet owners should practise full-safety precautions when driving with their furry companions. He stressed that even if they would do anything just to prevent their beloved pooches in harm’s way, safety measure must still be highly observed.

Graeme Hall, a dog training specialist and crowned as ‘The Dog Grandfather,’ also imparted advice by saying that pooch owners should think of their furry companions’ safety, the way they would on any beloved family member. He then uses his precautionary measures of carrying his dog, Lily, in the boot crate as an example to prevent any fatal animal accidents whilst driving.

The seat belt law in the UK stressed that pets that are seated on either the front or back seat must be properly restrained to prevent any injury. It is the driver’s responsibility to strap their pets on their seats.

Furthermore, Rule 57 of the Highway Code, which consists of vehicle and road safety rules, states that the primary purpose of the rule is to avoid the driver from losing their focus on the road. It is suggested that pet owners may use dog guards, pet carriers, dog cages, and seat belt harnesses to securely restrain their pets whilst driving.

Once these rules are transgressed, the driver may face dire consequences. A driver’s negligence of the seat belt regulations on UK pets can lead to them racking a huge amount of fine.

Motorists who are caught and proven distracted whilst driving because of their pets can be fined amounting to £200. It can skyrocket to £5,000 and three to nine penalty points once the pet owner is found guilty of negligent driving. The driver may also be subjected to a driving ban and a compulsory retest during extreme cases that lead to a fatal road traffic accident.

Furthermore, disobeying the seatbelt law for UK pets can nullify the driver’s car insurance. Once pet owners are involved in a car accident due to getting distracted by their unstrapped pet, they will be liable in paying the damages of their own car, the other cars involved, and the medical expenses of those who are involved in the accident.

That is why it is best for dog-owning motorists to abide by the safety regulations with regard to driving with pets. Matt Oliver, a car insurance spokesman, warned drivers, saying, ‘The law is clear—you must secure your animal while in a car—therefore if you don’t do this and an animal roaming freely around the vehicle is said to have contributed to causing an accident, then an insurance company could be well within their rights not to pay out on a claim.’

Socialising adult dogs may seem like a daunting task as some full-grown pooches are set in their ways. However, all hope is not lost. There are many … END_OF_DOCUMENT_TOKEN_TO_BE_REPLACED 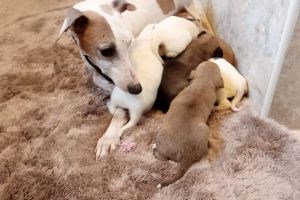 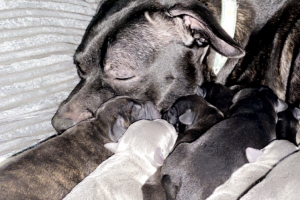 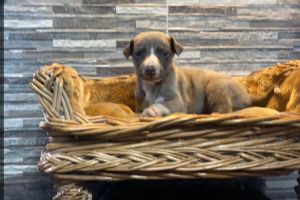