Pet owners are the only ones who will understand how much an incredibly genuine and lovable pet can become an important member of the family. Therefore, losing a pet is equally as heart-breaking as losing a loved one.

Bidding your last goodbye to your pet is even already painful to think about. However impossible to avoid, we will have to face it one way or another no matter how painful it will take.

Pet lover, Jessi Dietrich from Jacksonville, Illinois, shared on social media about her cat named Rick which was about two and a half years old. Jessi almost lost Rick from a UTI blockage.

‘I took him to the vet because about a year and a half ago he nearly died from a UTI blockage,’ she said.

That was when Jessi met her vet who performed an emergency surgery, which was highly risky and would mean that Rick has to visit the vet often because he will have recurrent infections from time to time. He then became a regular client at the clinic.

During those times, Jessi had the chance to ask her veterinarian about what might be the hardest part of his job, to which he answered with a very heart-breaking response . . .

‘Asked my vet what the hardest part was about his job and he said when he has to put an animal down. 90% of owners don’t actually want to be in the room when he injects them, so the animal’s last moments are usually them frantically looking around for their owners & tbh that broke me,’ the pet lover soon tweeted, which immediately went viral, gaining more than 140,000 likes and about 42,000 retweets.

Other veterinarians then proceeded to share their personal experiences with pets and pet owners, recommending them to stay with their pets in the room instead.

One of the viral comments was from a vet from the Hillcrest Veterinary Hospital in South Africa, saying, ‘When you are a pet owner it is inevitable, the majority of the time, that your pet will die before you do.’

‘So if and when you have to take your pet to the vet’s office for a humane pain-free ending I want you all to know something. You have been the center of their world for THEIR ENTIRE LIVES!!!!’

‘It is devastating for us as humans to lose them. But please I beg you DO NOT LEAVE THEM.’

It might be easy to tell people to stay with their pets in the room during the last few moments, but it is definitely one of the hardest things to do.

‘The thing YOU PEOPLE need to know that most of you don’t know is that THEY SEARCH FOR YOU WHEN YOU LEAVE THEM BEHIND,’ he added.

Pet owners admitted to getting sad after reading the tweet and responded with heartbreak and despair.

Later on, Jessi claimed that her intention behind the tweet was just to raise awareness especially if one considers putting down his pet.

Here are some of the confessions from other vets:

The winter season does not only bring in a festive ambiance and cold weather. It also drags along a number of threats that can endanger our dog’s … END_OF_DOCUMENT_TOKEN_TO_BE_REPLACED 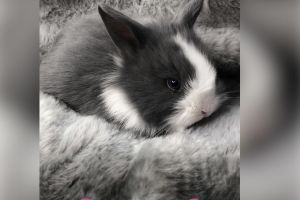 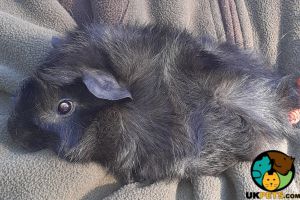 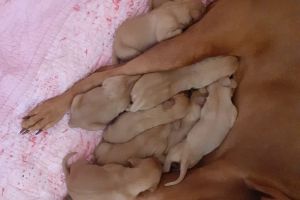