PDSA (People’s Dispensary for Sick Animals), an animal veterinary charity, is calling all pet owners that have plump pets such like cats, dog, rodents, and rabbits to let their beloved animals compete in this year’s pet slimming club competition—the Pet Fit Club. Its aim is to extend help towards overweight or obese pets by making them lose a few pounds.

Recent studies show that millions of pets in the UK are allegedly either overweight or obese. There are 30% of rabbits, 34% of cats, and 46% of dogs that are believed to be suffering from these rising health issues.

According to Olivia Anderson, a PDSA vet, even though obesity is known to be a growing concern for many years, there are no signs of improvement. She also pointed out that pets that are suffering from this condition are more prone to developing health problems, namely diabetes and arthritis.

Furthermore, overweight and obesity may also lead to other health issues. Flat-faced dog breeds, like pugs and French bulldogs, find it difficult to breathe once they have gained excess weight. One of the worst consequences that can happen is the reduction of a pooch’s life expectancy of up to two years and six months.

Overweight and obesity in dogs are frequently seen by vets in their everyday duty. Proper diet and exercise are becoming a constant reminder from vets to pet owners in order to prevent and stop these health issues.

It is UK’s biggest pet slimming competition made possible by PDSA. The fourteen-year-old event has tremendously helped in assisting 137 overweight pets. It includes two rats, eight rabbits, forty-two cats, and eighty-five dogs. These former portly pets were able to shed 75 stone or 476 kilograms, which roughly equals to 1,190 cans of dog food.

Olivia states that throughout the years, the Pet Fit Club competition has lent a helping hand in transforming some of the UK’s overweight or obese pets back into becoming healthy animals. ‘Pets that could barely walk, climb stairs, or fit through cat flaps have been given a new lease of life,’ she added.

The Pet Fit Club will select a maximum of fifteen overweight UK pets to participate in the slimming competition. The chosen animals will need to stick to a strict six-month exercise and diet scheme that is specifically tailored to each pooch, cat, bunny, and rodent. The UK pet participants will be in the care of vets and veterinary nurses who are supervising the programme at local PDSA pet hospitals.

Overcoming overweight or obesity problems and being well looked after by skilled vets are not the only highly anticipated perks that these animals can get from the pet slimming competition. The chosen contestants will also be able to receive free diet pet food for the entire duration of the event.

The participant that is able to reduce the most weight shall be titled as the champion at the end of 2019. The reward for their painstaking hard work is a year’s worth supply of free diet food and a relaxing pet-friendly holiday.

You can join the competition by applying online (registration closed) or by giving Pet Fit Club team a call at 01952 797246. The closing of entries for the Pet Fit Club competition will be on Sunday, 3rd of March 2019.

In order to join the event, you must provide some basic information on the form about your pet, such as its name, breed, species, age, sex, and most importantly, weight. You are also tasked to describe your furry companion’s typical daily diet and exercise details that you think is a factor that caused them to gain a significant amount of weight. Lastly, you should also include a list of their health problems if there are any.

Borris, a Cavalier King Charles spaniel, was overfed with treats and scraps as the people where his pet owner’s mum lives love giving those to him. According to Annmarie Formoy, Borris’ owner, people often sneak a treat or two for him to eat since he has such a charming and sweet nature.

It even led to a point where Borris ate chocolate eggs, which are considered toxic for pooches, during Easter. Luckily, the pooch did not end up getting poisoned. Another alarming mishap that happened was when he ate false teeth.

After Borris spent six months diligently following his Pet Fit Club diet, he was able to reduce his weight of 27 kilograms, which is over 12 kilograms his ideal weight, to 20.9 kilograms. Annmarie shared that she felt like crying tears of joy as she witnessed Borris take his first few running steps since she has not seen him do it for years.

The endless appetite and love for munching on leftovers have induced Sadie the Labrador to gain so much weight. George Chaplin, her owner, shared that he has tried to implement various food diets on Sadie. He even added hydrotherapy to her exercise, but these attempts never lasted as she just gained back the weight she has lost.

Saddie was proclaimed as the biggest loser in the pet slimming competition after she has lost 25 per cent of her body weight. Her weight of 42.2 kilograms, which is 12.2 kilograms over her ideal weight, significantly shot down to 31.5 kilograms after six months.

George was incredibly happy as he has seen such a big change on his dear pooch. He reminisced that before, it would take a huge amount of effort to get Sadie to start on walking. He would need to pull on her lead to entice her to walk, which was more of a waddle because of her excess weight. But now, Sadie is able to go with George on walks twice a day with a group of dog walkers.

Benefits and Risks of Raw Diet For Dogs

Benefits and Risks of Raw Diet For Dogs

The winter season does not only bring in a festive ambiance and cold weather. It also drags along a number of threats that can endanger our dog’s … END_OF_DOCUMENT_TOKEN_TO_BE_REPLACED 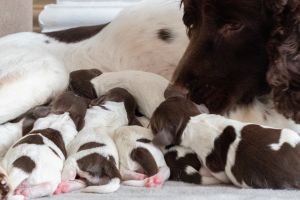 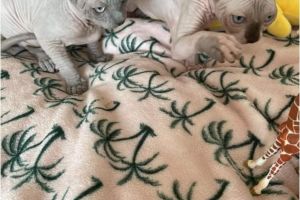 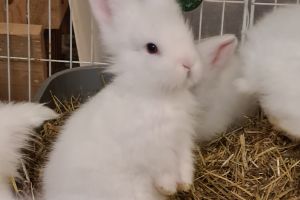 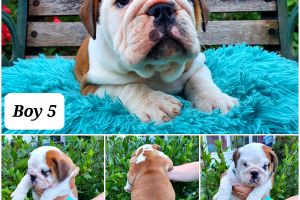