Student life is not always easy. Students juggle tons of responsibilities, from managing their time to study to maintaining a healthy social life. To help them obtain stronger mental health, Education Secretary Damian Hinds suggests “well-being” dogs be present in all schools.

The University of Buckingham’s Ultimate Wellbeing in Education Conference examined how students react and face the anxiety and stress they had to face every day. In the conference, Mr Hinds addressed how the persistent presence of social media has a negative impact on students’ lives despite its many uses.

As stated by Mr Hinds, it made the students “more pressurised” whilst growing up. It is becoming an inescapable reality for teenagers because they are able to see “perfect lives” shown in social media and compare it with their own.

Not being able to achieve the ideal life portrayed in their screens greatly affects their self-esteem. Moreover, social media normalises the display of destructive materials on sensitive issues such as eating disorder and self-harm.

He stressed that more attention should be focused on how to enhance children’s well-being, like cultivating a strong sense of “character” and emotional resilience. Furthermore, Sir Anthony Seldon, the university’s vice-chancellor, was also on the same page as Mr Hinds. Sir Anthony has been a constant advocate for schools and universities to focus on improving students’ mental health. In the conference held at the Westminster Academy in West London, he stated that schools cannot just pay attention to the academic achievements of students alone. They should also take into account the emotional well-being of their students.

Sir Anthony proposed a more low-tech strategy in decreasing stress and anxiety in students, and that is through the calming and warm companionship of animals, specifically dogs. According to him, “It will be a powerfully cost-effective way of helping children feel more secure at schools.”

He also emphasised that by providing at least one well-being dog in each school in the UK, it will make a big and swift impact in boosting student’s mental health. And at the same time, it would provide them with a safe and easy outlet to relieve their stress. It can be an effective method since children have the ability to easily connect with animals in a way that they cannot with human beings at times.

Sir Anthony highlighted that bringing well-being pooches in school is an easy and economical choice. Furthermore, he suggested all schools including primary, secondary and special should be provided with dogs.

Currently, there has been an increasing number of well-being dogs brought into schools most especially during exams. Their comforting presence and affectionate gestures soothe students’ stress and anxiety caused by a highly pressurised environment. Well-being dogs’ perks to students also include their rising levels in concentration and overall happiness.

Mr Hinds also shared his experiences with well-being dogs that he met during his visits to schools. He stated that this practice was not applied back when he was at school and did not notice the incidence until he became the education secretary. He was really surprised upon discovering that schools employ this method to strengthen students’ mental health.

He sees it as a great thing that can be very uplifting for kids. Most especially the ones who are having a hard time expressing themselves. With the help of pets, they are slowly able to come out of their shell and grow more as a person. In the present, there is no plan to enforce a “central dog policy.” But knowing that the correlation of mentally-healthy students and pets is given importance is already a big improvement.

Our deep and ancient bond and friendship with dogs manifest through how they positively affect and help us find balance in ourselves. With the help of our trusty furry buddies, we are able to become better and wholesome versions of ourselves.

Many dogs love bananas. Can cats have bananas too, or should pet parents keep these fruits to themselves? Evaluate the benefits and risks of feeding … END_OF_DOCUMENT_TOKEN_TO_BE_REPLACED 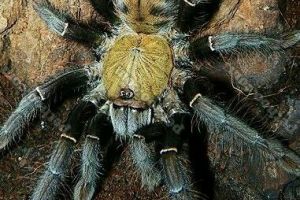 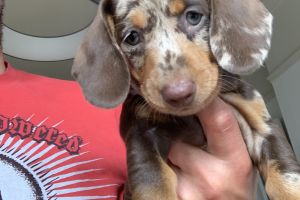 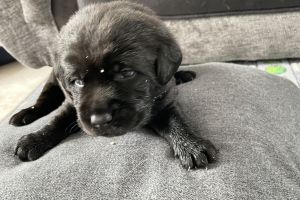