It is no brainer that K9 dogs are exceptional partners when it comes to busting crime. With their keen sense of sight and smell and unwavering sense of loyalty, K9 dogs are police officers’ trustworthy furry buddies. Did it ever cross your mind how the whole K9 dog’s scheme came into fruition? Let’s take a quick tour back in history to uncover K9 dog’s origins.

As early as the fifteenth century, police authorities and dogs have been working hand in hand to stop crime. Dogs accompanied their parish constables during night patrols. With the aid of their pooches’ keen senses, the constables have the ability to easily detect disturbance within the neighbourhood.

In the nineteenth century, lawlessness in London became a rampant and immense problem due to the rapid urbanisation. Catching offenders became a perilous task for peace enforcement. In order to hold off crime, private associations were created. They hired night watchmen to defend the premises and equipped them not only with guns but also with dogs for protection against criminals.

In 1888, an experimental test was created to test the possibility of dogs aiding police force against crimes. Metropolitan Police Commissioner Charles chose two bloodhounds to become “official” police dogs. This plan was created in hopes to arrest the well-known notorious Victorian killer also known as Jack the Ripper. The bloodhounds were initially trained to perform a simple and easy task of tracking test from the murder site of the killer. To the police commissioners’ dismay, the experiment failed poorly. One of the bloodhounds bit the commissioner before both of them bolted away from their handlers. It prompted the police to search for them.

In the following year, training for dogs was formalised in Ghent Belgium. However, it was not just a simple pet dog training. The police authorities intended to mould these canines into noteworthy crime fighters. This movement sparked a demand for police dogs in neighbouring countries’ police force. By 1910, Germany already has six hundred police dogs trained and posted all over its largest cities.

On November 19, Superintendent J Dobie of the North-eastern Railway Police in Britain caught wind of Belgium’s fruitful efforts in effectively training canines to become police dogs. He then ordered a certain Inspector Dobson to plot an identical scheme. Airedale Terriers were the dogs Dobson chose to utilise since he is impressed by their sharp sense of smell, strength and hardiness. The North-eastern Railway Police was the first-ever British police dog section.

By 1908, the first four police dogs, namely Ben, Jim, Mick and Vic from the North-eastern Railway Police were assigned to patrol Hull Docks. Later on, the patrol was extended to the Hartlepool, Middlesbrough and Tyne docks. The police dogs were literally trained to protect the police uniform. It somehow posed a risk since there is a possibility that they might attack anyone not wearing a police uniform, may it be a criminal or not. Since these were the early stages of K9 dog training, the dogs were sometimes unable to follow commands. There were incidents where they would bare their fangs on their own handlers who are not wearing vests. Despite these hindrances, they were able to cease the rampant thievery happening on the railways and docks.

As the First World War erupted, Britain trained 20,000 dogs mainly for frontline tasks. Their functions were considered highly important that it prompted the War Office to create the War Dog of Instruction in Hampshire to properly train them. The main roles of these canines were delivering medical aid and supplies to the wounded soldiers, taking and handing over messages between the lines, detecting enemies through sniffing them out and pulling machine guns and other war equipment. There were also sentinel dogs, whose main purpose is to alert the soldiers of any incoming person approaching the barbed wire. They were trained to silently stand above the trench beside their master’s gun barrel.

The skills needed by a trained dog during the First World War were stated in a report from Dundee Evening Telegraph in 1916 which states: “A watchdog never barks; at the most, he will use a low growl to indicate the presence or approach of a hostile force. More often than not the mere pricking of the ears or the attitude of expectancy is sufficient to put his master on his guard.” Approximately 7,000 of these dogs were family pets, while the others were enlisted from the police force.

In 1939, mine detection was introduced to police dogs. This was due to the valiant efforts of a Labrador named Rex, who traced and found fourteen holes on the cables at a newly constructed Post Office receiving station located in Southeast England. This gave the Army an idea to train dogs on how to detect non-metallic mines which are giving detectors problems.

Mine detection training paved the way for the Army to train dogs to detect the location of other objects. In 1946, detection dogs were used by the British Army to find buried arms in Palestine because the detectors cannot locate it. In 1551, they were sent to Korea to help British troops in locating the enemy’s deadly minefields. Later in the 1950s, tracker dogs were transported via helicopter by the Malayan Emergency. As they landed, they helped the British Army and Royal Air Force (RAF) Police in searching for the guerrilla forces in the Malayan Jungles.

In the end, during the war, many canines showed exceptional courage. Some of them were even awarded for their bravery despite the horrors that war can cause to an animal.

Today in the Modern World

Through the past experiences learned, taught and passed on by dog handlers and dogs alike, the K9 dogs have taken shape into what they are now. They are now handily trained to protect and track, but most importantly they are also schooled to sniff out illegal drugs and explosives. The K9 dog breeds that are usually chosen and trained are German Shepherds, Beagles, Belgian Malinois, Bloodhound, Rottweiler and Labrador. The police dog height and K9 dog lifespan of these pooches are as follows:

With proper care and intensive training, these canines will become noteworthy crime busters.

The winter season does not only bring in a festive ambiance and cold weather. It also drags along a number of threats that can endanger our dog’s … END_OF_DOCUMENT_TOKEN_TO_BE_REPLACED 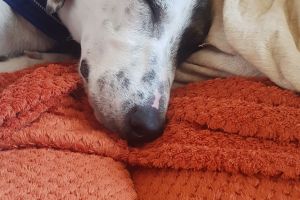 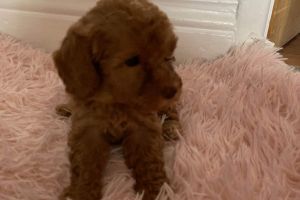 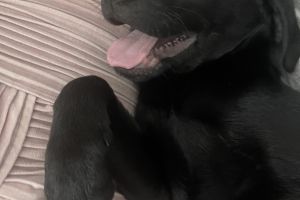 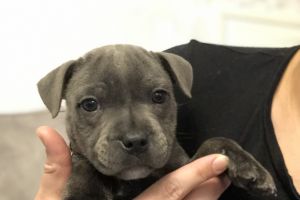