Dogs were amongst the first animals to be domesticated. That makes them one of man’s oldest friends, hence their popular title, “man’s best friend”. But have you ever wondered what goes through their mind? What do they often think about? Are their actions related to how they think and feel? The real question is, how well do we really know our “best friend”?

Here are nine of the most interesting dog psychology facts that might just make you the next dog whisperer!

1. DOGS ARE AS SMART AS A TODDLER

According to a research presented by American Psychological Association, a Dog’s intelligence is comparable to that of a two-year-old toddler. Dogs may not solve intricate mathematical equations, but they’re definitely not one we can fool easily. They can learn tricks pretty quickly too.

Studies have proven that our furry friend isn’t just adorable but is smart as well. According to psychologist and leading canine researcher of the University of British Columbia, Stanley Coren, PhD, dogs can understand more than 150 words. They can also trick people and other dogs just to get treats.

This must be why children and dogs get along so well!

If you have been a long-time dog owner, you must’ve noticed your dog twitching, moving its paws, and maybe even barking during its sleep; this happens because dogs can dream just like us.

Several studies in dog psychology have confirmed that dogs do experience dreaming. Their brain activity during sleep is the same with that of a human for they have similar sleeping patterns as us. It is believed that they dream about events and activities, quite comparable to what humans dream about.

However, not all dogs have the same amount of dreams. Smaller breeds are said to dream more than bigger breeds do.

3. DOGS CAN FALL IN LOVE TOO

Have you ever thought about your dog falling in love?

Recently, a new study has confirmed that dogs can fall in love like humans. They have the capability to produce oxytocin, also known as the “love hormone”, which is fundamental for romantic attachments.

4. THEY CAN GET JEALOUS

Despite not being able to feel guilt, dogs can feel jealousy. A study showed that dogs get jealous when their owners give attention to other dogs.

There was a certain study where one dog got a treat for performing a trick whilst the other didn’t. The other dog then proceeded to avoid the gaze of the dog that was given a treat and was believed to be agitated with it.

5. WAGGING TAILS CAN HAVE DIFFERENT MEANINGS

Tail-wagging is a common thing dogs do when they see people they are familiar with. Oftentimes, we assume that it’s because they’re excited by our presence. However, there is more to tail-wagging than we think.

When dogs wag their tail to the right, it means they’re happy. But wagging their tails to the left indicates fear. Insecurity and nervousness is accompanied with a low tail wag whilst intense wagging is a sign of aggression.

6. THEY CAN SEE IN COLOUR

Contrary to popular belief, dogs can actually see colours. Though not as vivid as humans, dogs can see colours like blue and yellow, however, not red and green.

Christmas might not be the most colourful time of the year for them but unlike us, they have better night vision. This allows them to guard themselves against possible danger at night.

A research conducted at the Schillerhöhe Hospital in Germany found that dogs can recognise the smell of organic compounds that humans cannot. That goes to show that dogs can actually tell if their owners aren’t feeling really well.

They can detect diabetes, cancer, and other diseases.

This just proves how powerful their sense of smell is.

8. THEY CAN UNDERSTAND YOUR FEELINGS

The reason why dogs are so comforting when you’re sad is actually because they can smell your feelings!

Dogs can figure out how you feel by your smell. They can pick up delicate changes in your scent.

Additionally, they can also find out if a household member is pregnant.

9. DOGS HAVE A SENSE OF TIME

Dogs can pick-up routines and habits a lot better than we can. Your dog actually knows when it’s time for a walk or time to chow on some dog food.

A study showed that dogs gave different responses to their owners being away for different amounts of time.

Maybe the reason why they greet you at your doorstep is that they’re anticipating your return from work!

We are actually more similar to them than we think!

Are you raring to bring a new pet home? Take a look at these dogs for adoption or sale!

Easy Homemade Dog Treats That Your Dog Will Love

Easy Homemade Dog Treats That Your Dog Will Love

There is plenty of hidden value to teaching your dog his name. It greatly helps maintain his attention on you and keeps him safe in new situations. … END_OF_DOCUMENT_TOKEN_TO_BE_REPLACED 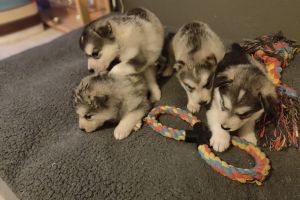 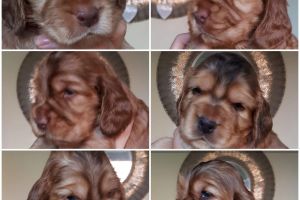 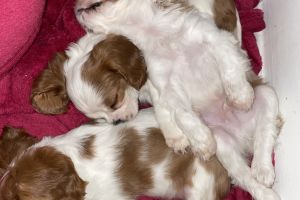 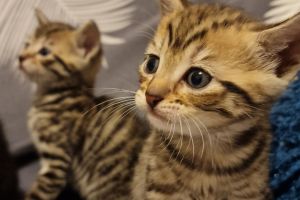