Top 7 Reasons Why Beagle Dogs Are So Popular

The Beagle is one of the top ten most popular dog breeds in the United States. In the UK, he takes the 18th spot on the list. Why are Beagle dogs good pets? What makes this dog breed deeply loved by many? Let’s uncover the top 7 reasons.

1. Beagle dogs are prized for their incredible sense of smell.

That’s why the Beagle has become an important canine addition in some government agencies. For instance, in the United States, the Department of Agriculture had been using Beagles since 1984.

The Beagle’s scenting abilities make him prone to tracking smells unrelentingly. Some Beagles may even try to run away from home to follow the scent.

A Beagle dog needs to be supervised when he is outside. The fence in the back garden should be secure enough to prevent him from digging or climbing through. The Beagle must be on a lead at all times during walks, even if he is good at recall. Once a scent catches his nose, he may run off and get lost.

2. Beagle dogs are full of energy.

The Beagle, being a natural hunting dog, is fun-loving and bursting with energy. Some believe that his fondness for eating and his body’s digestive reaction to maintain his small physique allows him to be very active. If you love the great outdoors, the Beagle might be the perfect match for you.

Playing various dog games with the Beagle will satisfy his need for fun and exercise. A few activities that you can try are fetch, obstacle course, and agility training. Take advantage of his amazing tracking abilities as well. Incorporate games such as hide-and-seek with their favourite toy and treasure hunting for dog treats.

The Beagle’s high energy levels have their drawbacks too. Without enough exercise, he may become a destructive dog. Thus, be prepared to give him plenty of exciting games and activities if you want him as your canine companion.

From his brown eyes to his white-tipped tail, the Beagle is undeniably full of cuteness. That’s why he is such a big hit in the realm of pop culture. The most timeless Beagle dog of all time would be Snoopy from the Peanuts comic strip and TV specials.

Another popular Beagle is Odie from Garfield and Gromit from the renowned animated duo Wallace and Gromit. Let’s not forget the Beagle named Mr. Peabody from The Adventures of Rocky and Bullwinkle and Friends show. The heroic Underdog from the TV series of the same name is also a Beagle.

4. Beagle dogs are compact in size.

The Beagle is a small dog with a compact body. An adult Beagle measures 36–41 centimetres in height and weighs 10–11 kilos. A full-grown female Beagle stands 33–38 centimetres tall and weighs 9–10 kilos.

The Beagle’s build makes him an easy travel companion since he can easily fit well in a travel carrier. The breed can also be a good roommate for apartment dwellers.

Beagle owners need to ensure that this dog gets enough daily exercise. Or else, he might develop undesirable behaviours, including incessant barking and destroying furniture. These are his ways of releasing pent-up energy due to the lack of physical and mental stimulation.

Read: The Pros and Cons of Owning a Beagle

What do Beagles love the most? Aside from the breed’s affinity for tracking scents, he is also a highly food-motivated dog. Thus, he is dubbed as the ‘chow hound.’ Beagle owners will not have any trouble enticing him to eat.

However, the Beagle may eat just about anything if left unsupervised. He may chew on your shoes, sofa, and furniture. Scavenging is a common problem in the breed too.

For this reason, Beagle is prone to health problems like obesity. Following a strict feeding schedule will prevent him from eating indiscriminately. Do not feed table scraps to your Beagle as well.

The Beagle loves food, but that is not necessarily a bad thing. You may use this to your advantage, particularly in training. The breed is known to be quite stubborn, but food rewards can effectively motivate him.

6. Beagle dogs are very fond of humans and other pets.

Is the Beagle a good family pet?

Yes, he naturally is since the breed is originally created to work with humans and other dogs. Thus, the Beagle thrives in interacting with his family and fellow furry pals, making him a great family pet.

The Beagle is generally described as a merry and sociable family dog. It is not in the breed’s nature to be aggressive or shy. So, is the Beagle a good watchdog? With his jolly and friendly personality, he is not the best choice to take on this role.

The Beagle loves bonding with his humans so much, so he should not be left alone for long periods. Otherwise, he may develop separation anxiety and other destructive behaviour.

The Beagle gets along well with other dogs too. Compared to some dog breeds, he is less likely to display aggressive behaviours towards other canines. He can live harmoniously with cats as well. However, it is best if they were raised together.

Small animals, including rabbits, hamsters, and guinea pigs, can trigger the Beagle’s prey drive. Thus, you may need to look for other dog breeds if you have these pets at home.

The Beagle’s playfulness is a great match for children as he is full of energy. However, make sure to teach the children how to handle their canine friend properly. Pulling the Beagle’s tail and ears are a no-no whilst playing. They should also avoid disturbing him when he is sleeping.

Warn children not to take away his food during mealtime as well. Whilst this may seem like a game to them, the Beagle may view this as stealing his food. As a food-motivated dog, he may develop food-guarding tendencies.

A Beagle puppy has a natural tendency to be mouthy. He may playfully nip and swipe things whilst playing with children. Although this is normal behaviour, this should be curbed through training to avoid accidents during playtime. Learn the one simple trick to stop your puppy from mouthing your hand.

Search and rescue dogs are saving hundreds of lives each year. Do you plan to make your furry pal a part of this heroic brood? Find out if he has what … END_OF_DOCUMENT_TOKEN_TO_BE_REPLACED 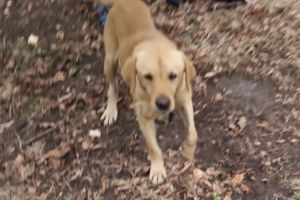 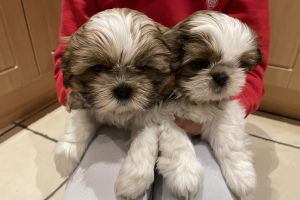 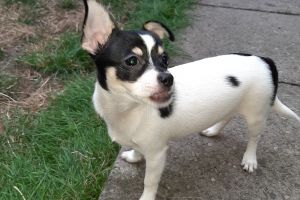 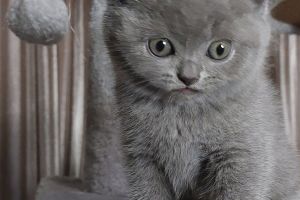