Cats explore objects with their paws and mouths so it’s just normal behaviour for your cat to nip at your hand during playtime. These gentle “love bites” are petting-induced aggression that are generally harmless. However, some cat bites can turn aggressive when your cat becomes territorial or defensive. Find out if your cat is being affectionate or aggressive by understanding their behaviour.

Cats have developed their biting behaviour during their close interaction with their littermates and mothers. They may have engaged in mock fights, playfully nipping but not inflicting injury. However, orphaned cats or lonely cats who have been weaned early may have never known the difference between playing and real fighting.

It’s a form of feline affection

When a cat bites you whilst you are playing or petting her, it might be a way of expressing happiness. It makes sense for her to show her love and affection to you. The gesture is reminiscent of the affectionate nibbling and grooming she received from her mother.

Tip: Playful cat bites are given without the intention of breaking the skin.

Your cat has had enough

Biting is also a way for your cat to tell you that she’s had enough petting for the day. It is important to be sensitive when playing with your cat. Oftentimes, repetitive petting results in overstimulation, which causes your cat to feel overly excited, hence, the need to bite. She may have reached her limit in playing or any activity that she is doing. A cat will most likely bite hard to make it clear for you to back off.

This type of aggression more commonly occurs in males than in females. Some cats don’t like to be touched or petted so they start nipping and biting harder. Repetitive petting triggers aggression because the gesture produces static electricity in a cat’s fur and it gives an unpleasant sensation. This might be the case with your cat so you might want to give her some space.

Hyperaesthesia is also known as twitchy cat syndrome. It is a strange disorder that may develop in cats due to the extremely high level of sensitivity of the skin. A feline diagnosed with this type of syndrome may be overly sensitive to certain areas of the body or the whole body. Biting becomes a way for cats to communicate to owners that they don’t want to be touched. Although the condition may occur in any breed, it is believed to be more prevalent with the Abyssinian, Burmese, and Siamese.

Your feline may be in pain

When your cat is in pain, she may become irritable and may snap at you when you pet or carry her. It’s possible that she may have been suffering from an illness or may be injured. Confirm your suspicion by making an appointment with a veterinarian.

A cat’s bite leaves small, deep holes, and its saliva carries certain bacteria. It is always advisable to clean the affected area immediately after getting bitten. For minor cat bites, the basic things to do include the following:

Cat bites are dangerous as they can cause infection and cat scratch fever. Signs of infection may manifest in a few hours. Symptoms include:

Know more about cat behaviour with these interesting articles:

Many rare dog breeds have gone to near extinction in the past, leaving them few in number. They are so scarce that estimations can only be made about … END_OF_DOCUMENT_TOKEN_TO_BE_REPLACED 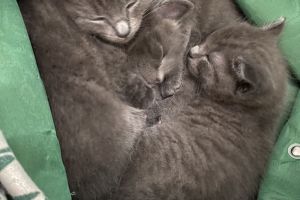 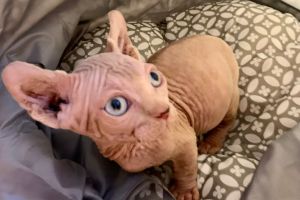 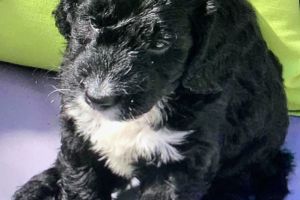 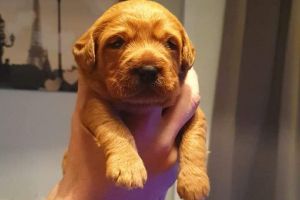