What is the UK’s most popular dog breed?  It has been a seemingly endless two and a half hour before the public voting ended for Britain’s top 100 dog breeds. And yes, Staffies, one of the most eminent terrier breeds, took the crown as announced by the programme’s hosts, Ben Fogle and Sarah Cox.

Staffie history at a glance

With their powerful stride and muscular appearance, the Staffies are often mistaken for pit bulls. However, the pit bull and Staffordshire bull terrier are two separate breeds, with the latter being comparatively smaller and weighs a lot less. Unfortunately, the Staffies’ ear-to-ear grin and placid nature are often overlooked by their ‘reputation’ as an aggressive breed.

Staffies often get a bad rep mainly down to owners. #Top100Dogs will hopefully go a long way to dispel the myth that they’re an aggressive breed.

Lola loves all people but people often back off when they see her, don’t brandish all staffies with the same brush. 🐶 pic.twitter.com/1waNpeZ2MC

SO happy the Staffordshire bull terrier made it to number 1 in #BritainsTop100Dogs Wonderful breed, wonderful family dog & I’m so glad shows like this are helping to break the stereotype these breeds have just because of how they look. Thank you! @ITV #EndBSL

The UK Kennel Club Standard describes this breed as ‘bold, fearless, and totally reliable.’ Here are some of the Staffies’ winning points that will further convince you why they are UK’s top dog:

There is a good reason why this breed is not a banned breed in the UK under the Dangerous Dogs Act. Despite its intimidating look, they are one of the best choices as family pets.

They were initially bred for badger baiting and fighting, sports that had been banned in the mid-19th century. Despite their breeding history, they have become family dogs with remarkable courage, tolerance, and patience around people and children. As such, Staffies earned the title ‘nanny dogs.’

They are affectionate furry creatures.

These muscled pooches secretly love cuddle sessions with their owners. They love human companionship, that’s why they follow people around. They are comfortable in a curled-up position at their owners’ feet or on their laps.

These tough-looking, smart Staffies are eager to please their owners.

Given the right training, any Staffies could excel at agility, obedience, flyball, and many other dog activities. However, it is important to note that they have a streak of stubbornness, which can be challenging during training.

Tip: Puppy socialisation is a vital key in rearing Staffies. It is important to introduce training with a lot of positive reinforcement.

Like any other smart and active breeds, Staffies are easily bored. Make sure to provide an engaging environment with dog toys and daily exercise. Test out their intelligence by introducing these 5 must-know dog commands.

They are low-maintenance in grooming.

Staffie owners do not have to worry about grooming as they have short hair and are not prone to tangling problems. Follow a regular brushing and a few baths to keep their short hair smooth and clean.

Staffies has an average lifespan of around 12 years. Although a sturdy breed, it pays to heed early signs and symptoms of the following health issues:

According to the Royal Society for the Prevention of Cruelty to Animals (RSPCA), ‘Unfortunately, Staffies have suffered a great deal from overbreeding and bad press recently and many end up in our care due to irresponsible ownership. We currently have 67 Staffordshire bull terriers in our kennels who are waiting for new homes.’

Staffies are rarely portrayed in a domestic setting living a ‘normal’ life with families. Staffordshire bull terrier is a common sight in animal shelters. It is either a Staffie dog breed or one with Staffie crosses. Volunteers face a great challenge in looking for their potential owners because of their so-called reputation.

‘However, given the right home and care, Staffies can make absolutely wonderful family pets. Many of the Staffies in our care are loving, playful, fun-loving dogs who would thrive in family homes,’ The RSPCA added.

Though it is quite understandable why some would be cautious, especially those who are a novice in dog parenting, volunteers encourage you to try to meet these sweet-natured often mislabelled as aggressive canines.

Adem Basharan, the owner of the skateboarding Staffordshire bull terrier named Ziggy Trixx, aims to dismiss the negative stereotype that goes along the name of the breed. Together, Adem and Ziggy perform a variety of fantastic tricks such as riding a skateboard and more on Southend’s High Street.

‘We have been doing shows to raise awareness for Staffies as they get a bit of a bad rep sometimes and people judge them quite quickly. So, we want to show that they can be lovely dogs if they are brought up correctly,’ stated Adem in an interview.

Many dogs love bananas. Can cats have bananas too, or should pet parents keep these fruits to themselves? Evaluate the benefits and risks of feeding … END_OF_DOCUMENT_TOKEN_TO_BE_REPLACED 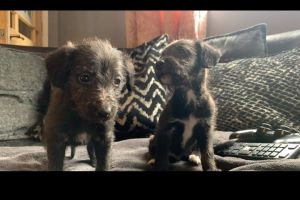 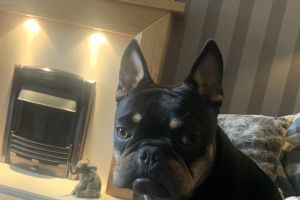 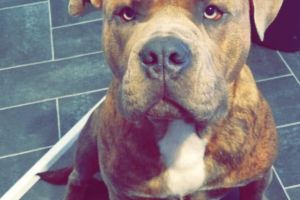