Behold as this glorious cat strides her way. True enough, the tabby cat made her mark in folklore, win the hearts of the people, seen in multiple breeds, and earned a lot of recognition all over the world. In fact, 80 per cent of domesticated feline belongs to the striped variety.

What makes the tabby cat special? The following are a few points of its deserved appreciation:

Trivia: There is a celebration made solely for striped cats called National Tabby Day.

Contrary to popular belief, the Tabby cat is not a particular breed, but ‘tabby’ rather refers to its coat pattern. It is a variety of dark-striped coat, a pattern seen in both wild and domestic cats. Tabbies manifest in the following cat breeds:

The above-mentioned tabby cat breeds are just some of the many.

To talk about its history would delve into the history of cat’s domestication. There are various claims on its origin:

Nevertheless, at present, the tabby cat is established as the most popular pattern and can be easily spotted. From the ancient years to present, it retained its trademark “M” marking on its forehead.

There are also various stories regarding its letter marking that involves folklore and religion. Some would say that it was derived from the word “Mau” which refers to cats in ancient Egypt. Others would say that it got its marking from Prophet Mohammed who was fond of cats. For Catholics, the marking signifies as a blessing from the Virgin Mary when it gave warmth to the newborn Jesus at the manger.

The ideal cat size and its thorough physical description vary according to its breed. Though in general, most tabbies have tapering tails with soft fur. There are some that have bushier tails whilst others have a narrow and a whip-like tail.

Classic Tabby Cat
A feline having a classic tabby pattern is often described as blotched tabby. It may come in different colours, such as bold dark brown, black or grey patterns along the sides. These patterns seemingly appear in swirls and whorls. It may have a light-coloured pattern on its shoulders. Rings may appear around its legs, tail, and cheeks. Spots of dark marking colours can be found on its underside of the body. Overall, it boasts a good contrast of ground pale colour with deep, heavy markings.
Mackerel Tabby Cat
The Mackerel pattern is the most common tabby. Its sides are evenly barred with vertical curved stripes that closely appear like a tiger cat. Its chest, legs, and tails have been barred with bracelets. It also has rows of dark coloured spots on its underside.
Spotted Tabby Cat
True to its name, the spotted tabby cat has spots in darker colour all over its sides including the shoulders, legs, and feet but is most prominent on the sides. The spots may vary in size but ideally, it should be round and evenly distributed across the body. The legs can have small spots and are barred as well as its tail.
Ticked Tabby Cat
The Ticked tabby cat comes in alternate shades of the marking colour and the ground colour. The outer tipping is usually darker than the ground colour. The tabby pattern should be apparent on its face with a beautiful necklace tracing. This pattern is mostly associated with the Abyssinian cat breed.

Each tabby is completely unique on its own. In general, the tabby cat is relatively friendly and intelligent that would love to get along with people or animals. That being said, it is outgoing and is known as the cat that loves people. And in return, people have cherished it which later made it as a popular house pet.

Are Tabby cats affectionate? Absolutely! In fact, most cafes that feature cats are tabbies. It is said to be cuddly and affectionate. It has an easy-going nature that is not prone to reckless attacks. However, it has a tendency to favour certain people over others. It follows an intuitive that some people are more companionable than the others especially the person who is tending its care.

Is a Tabby cat a worthy buy?

In conclusion, the Tabby cat makes a great pet to anyone who is responsible enough to tend to its needs.

Are you ready to rear one? What do you think about tabby cats? Tell us in the comments below and take your pick amongst tabby cats for sale.

Around 130,000 dogs are sent to dog rescue centres each year in the UK in hopes of finding forever homes. Help them start a new and fruitful life by … END_OF_DOCUMENT_TOKEN_TO_BE_REPLACED 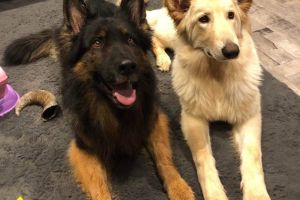 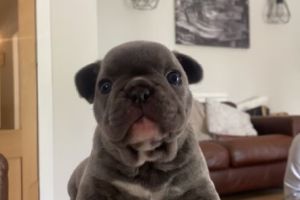 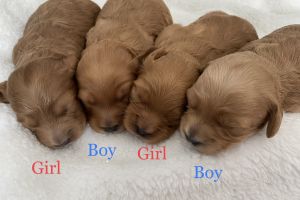 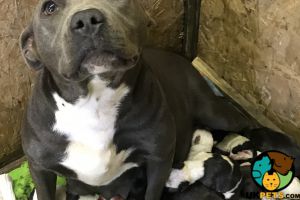