Wolf vs Dog vs Wolfdog

Domesticating wolfdog hybrids remains a controversial topic in the pet world. The rise in demand for wolfdogs results in irresponsible ownership due to the lack of knowledge.

Owning a wolfdog is like having the best of both worlds. Part domesticated dog and part wolf, wolfdogs are incredible animals that exhibit a distinctive personality influenced by their genetic blueprint. However, rearing them is not as simple as it sounds. Whilst they can be charming and personable, they can also be unpredictable. That’s why they are included in the dangerous breed ban list.

Contrary to general perception, domesticated dogs (Canis lupus familiaris) did not directly evolve from wolves (Canis lupus). However, they do share a lot of common traits both physical and behavioural which made it possible for them to mate and reproduce. Research reveals that they share a common ancestor that became extinct thousands of years ago.

Although they share many similarities, they also have apparent differences such as the following:

Hybrids may be a natural occurrence in the wild; however, the cases are rare especially with the wolves’ territorial nature. That being said, wolfdogs are usually the result of a breeding intervention by breeders.

Being a mix between a wolf and a dog, a wolfdog hybrid is considered unpredictable as a pet. Its diverse genetic composition in a litter of hybrid puppies can result in varying physical and behavioural attributes. Additionally, maturity can differ which makes it even harder to predict.

Further, as a hybrid, it is expected to manifest both behaviours from both parents. This means it can be territorial as well as adaptable. Despite their fierce appearance, they do not make the best guard dogs for the family. Wolves are easily induced by fear which makes them unpredictable and hard to control when threatened.

Sadly, the ownership of wolf-dog hybrids has been bleak in North America. This is due to the increasing number of owners who end up purchasing one, only to be disappointed with its unpredictable nature especially its relationship amongst other animals and children.

There are already many wolf or hybrid owners who have surrendered their dogs to animal sanctuaries or organisations. This is upon realising their inability to rear and tame one. There are also owners who opt to release their wolfdogs to the wild.

Do you need a license to own a wolfdog? Is it legal to own a wolfdog? Keeping wolf hybrids from the third generation or more does not require any licenses from the government. However, wolfdog ownership should not be a decision done overnight. It is important to consider your readiness to own and train a breed that is known for its unpredictability.

Think about alternative options. Check out dog breeds that have similar appearances with wolves such as the following:

For those who are still intent on rehoming a  wolfdog hybrid use the following points as a quick guide: 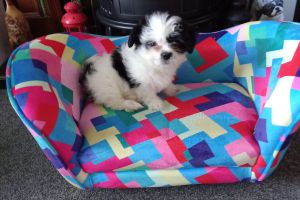