Looking for an American Wirehair?

Are you up for owning an American Wirehair? Here is a brief background of this well-known cat native in upstate New York.

The American Wirehair breed originated from a natural mutation on a farm in New York in the 1960s. Two cats were brought together and had 6 kittens whose physical appearance was different from their parents. Unfortunately, due to a weasel attack, only two kittens, a male and a female, survived. Joan O’Shea developed an interest in the cat’s unusual coat and decided to develop it. The Council Rock Farms Adams of Hi-Fi became the originating American Wirehair male cat.

Wirehair breeders soon opened an outcross into a hybrid breed programme. To achieve the same quality of wiring, both parents must have a hard coat. At that time, the American Wirehair cat was closest in type with the American Shorthair, so it was the breed that was used to develop the American Wirehair. The programme was a success and it became the only outcross that was completed since then.

With the hard work of devoted and determined breeders, the American Wirehair was recognised by the CFA and was allowed to register in a Championship show in the mid-seventies.

The American Wirehair has a distinctive type of coat compared to other breeds. It has crimped whiskers and the hair in their ears is curly and springy. Its medium length coat has a very hard texture, but it’s surprisingly nice to the touch. Its wiry coat is often associated with steel wool texture. If kept too long, the coat may appear to curl into ringlets and could vary from spiky to curly. It may be wavy or straight as the feline matures.

The wired coats come in various patterned tabbies. Taken from the approved standards, here are the recognised solid colours for the American Wirehair:

The breed’s hair strands are crimped and wiry but require less grooming. Constant brushing or combing can damage its natural fur. Regular bathing is recommended to remove dead hair and avoid oiliness.

The American Wirehair loves attention and enjoys joining interactive activities. It is a great choice for everyone from singles to seniors. It makes for a great family companion and a good playmate for children because of its playfulness and tolerance. It is affectionate and loves to have a cuddle.

The American Wirehair is considered a social cat and certainly adores the company of other animals, including dogs. However, it is not advisable to leave the cat with other animals without supervision especially around small pets like hamsters and birds. The American Wirehair has hunting instincts, hence, it enjoys birdwatching. It is smart, adaptable, trainable, and willing to learn things.

The American Wirehair should follow a diet that satisfies its nutritional needs. It should consistently follow the same food and amount and have a regular feeding schedule. If there are changes to its diet, those must be done gradually to prevent digestive problems.

The serving portions should depend on the cat’s weight, age, and activity level.

On average, the American Wirehair’s lifespan ranges from 15-16 years. They are considered as robust cats with a few major health problems such as hypertrophic cardiomyopathy (HCM). HCM is the most common heart disease in cats.

To prevent this feline from becoming overweight, ensure that it gets enough exercise and its diet managed well. Being an intelligent breed with strong hunter instincts, it should be provided with toys and activities that will also challenge its mental abilities.

Pedigreed American Wirehair prices are estimated between £760 and £910. The price usually depends on type and bloodlines as the breed is extremely rare nowadays. It is acknowledged as one of the most expensive cat breeds. 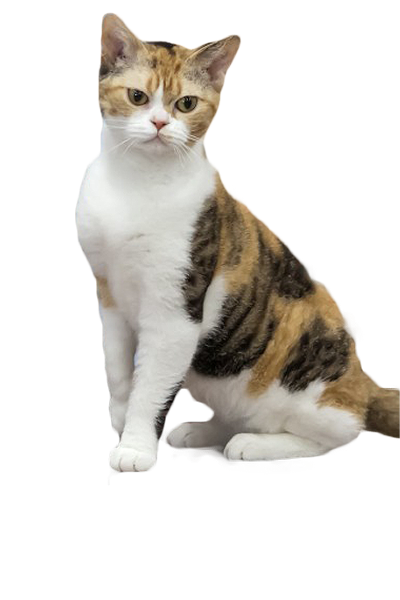 Are you sure the American Wirehair is the best breed for you? Take the Pet Breed Selector Quiz to find your perfect breed match.

Is the American Wirehair your purrfect match? Take our Cat Finder so you can find the most suitable breeds for you.

Introduction The conure is a small- to medium-size parrot that comes in a wide range of bright colours. He primarily originated in the Caribbean … END_OF_DOCUMENT_TOKEN_TO_BE_REPLACED 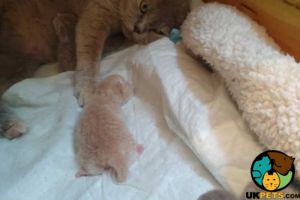 Introduction The conure is a small- to medium-size parrot that comes in a wide range of bright colours. He primarily originated in the Caribbean … END_OF_DOCUMENT_TOKEN_TO_BE_REPLACED