Searching for an Arctic Curl?

The Arctic Curl is a new breed that originated in Britain. It is recognised as one of the hybrid cats, which is a cross between the Selkirk Rex and the Turkish Angora. As this is a completely new breed, at present it is under experimental stages. Furthermore, this breed is not recognised by any cat associations such as the Cat Fancier’s association (CFA), The International Cat Association (TICA) or the UK Governing Council of the Cat Fancy (GCCF). Unlike the American Curl, the word “curl” in Arctic Curl has nothing do with its slightly curled ears. Instead, it refers to the state of the feline’s coat.

Are you interested in getting an Arctic Curl? Here is a brief background of this hybrid cat!

The Arctic Curl is a new breed and is still quite rare, emerging only 10 years ago (2008). As such, the breed is under experimental stages. It is a unique cross between the Selkirk Rex and the Turkish Angora.

Penny Odell, the original British breeder organised an outcross in hopes of producing white cats having blue eyes. Indeed the Arctic cats have very similar features and personality as its parent, the Turkish Angora.

Though this breed is in its early stages, it is possible that it will eventually be a recognised breed. Then, a breed standard will have to be introduced. This whole process of establishing a new breed takes time and requires the hard work of multiple breeders.

Very much like its parents, the Arctic Curls have curly hair that they inherited from the Selkirk Rex and a semi-longhaired coat from the Turkish Angora. Because of its curly hair, it appears shorter than the Turkish parent breed. It has a beautifully smooth, long, tail plume.

Arctic cats may have a variety of colours depending on the combination of breeds. However, at present, the original breeder is concentrating predominately on white cats with blue eyes. We have the name “arctic” accredited to that fact.

The Arctic Curl seems to take after the Selkirk Rex and the Turkish Angora’s temperament. It can be playful at times; the other times they need personal space to be alone. They can be explorative and confident around new people equally as they need to retreat to have some peace and quiet.

The Arctic Curl cat should be provided with a nutritious diet that fulfils its nutritional needs in the same way as the two parent breeds are cared for. It should consistently follow the same food with the same feeding schedule. If there are changes to its diet, those must be done gradually to prevent digestive problems.

Avoid giving cow’s milk as it may upset their stomach. Instead, always prepare a bowl of water for this type of feline.

Considering the robust qualities of both parent breeds, the Arctic Curl remains to be a strong cat. There have been no known breed-specific defects recorded at the moment. Similar to the other breeds, Arctic Curls should be getting enough exercise and a well-managed diet to prevent obesity.

As this cat is monitored by the breeders, there still isn’t accurate information as to its life expectancy. 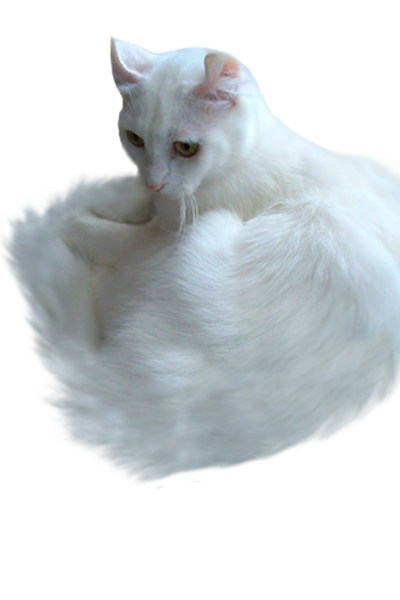 Are you sure the Arctic Curl is the best breed for you? Take the Pet Breed Selector Quiz to find your perfect breed match.

Is the Arctic Curl your purrfect match? Take our Cat Finder so you can find the most suitable breeds for you.

Cat Finder
Disclaimer:
The information, including measurements, prices and other estimates, on this page is provided for general reference purposes only.
American Wirehair
Asian
Contents
Not the breed you're looking for? Click Here
Latest Stories

Abnormal dog behaviours are often overlooked during their early stages. Many dog owners misinterpret these behaviours. As a result, dogs end up in … END_OF_DOCUMENT_TOKEN_TO_BE_REPLACED