Looking for a Chartreux?

The Chartreux is a rare French cat breed known for its mousing skills. It is such a smart kitty that it can learn to operate alarm clocks and buttons. This feline is a loving and empathetic pet that makes for a wonderful companion for families. It gets along with other pets, but has an independent streak.

Do you plan on getting a Chartreux? Here is a brief background of this rare and one of the oldest natural breeds!

The Chartreux may have a murky history but it is generally acknowledged as having originated from France. There are different versions to its emergence. One version says that its ancestors are feral mountain felines from the Middle East, specifically Syria. These cats were spotted by Crusaders who reportedly brought them to France in the 13th century. These Crusaders took their rest at one of the monasteries along the French Alps called the Grande Chartreuse. It then became the inspiration for the French feline’s name.

Another version explains that the Carthusian monks developed the Chartreux cat. They named the cat after “Chartreuse”, the famed alcoholic drink they made. This story’s authenticity remained doubtful as the monastery’s documents do not mention the said feline.

In the 16th century, accounts of its presence started to make its way around Europe. It was mentioned in a Joachim du Bellay poem in 1558. It later appeared in a Jean-Baptiste Perronneau painting in 1747. In the 18th century, it was mentioned by Comte de Buffon, a French naturalist. The breed was later hunted for its fur, which explained its low numbers. However, after World War I, breeders began developing the Chartreux. In 1931, some of these kitties were exhibited in France for the first time.

The Chartreux breed standard was eventually drawn up, largely based on 18th century description of this animal. Unfortunately, the breed was nearly wiped out in the wake of World War II as feline fanciers stopped breeding it. Breeders then outcrossed the diminishing line with other cats, such as the Russian Blue, British Shorthair, and Persian.

Currently, the Chartreux is not yet recognised by the Governing Council of the Cat Fancy (GCCF), although it has been acknowledged by the Cat Fanciers Association in 1987.

A reason the Chartreux is not yet recognised by the GCCF is that it closely resembles the British Shorthair. Indeed, some mistake this feline for the more popular cat breed. This is no surprise as it, along with the Russian Blue, shares a similarly blue coat, striking eyes, and distinctive smiling expression. However, upon closer inspection, there are some differences between both grey cats.

The British Shorthair has a crisp, short, and very dense coat, whilst that of the French feline lacks that crisp texture. The latter also consistently has copper to gold eyes, whilst the British cat’s eyes can be green or blue, aside from copper. Further, the Chartreux’s face is not as round as that of its British doppelganger that has noticeably chubbier cheeks.

The Chartreux is a robust, very muscular cat with legs that are a bit shorter compared to the rest of its frame. Its eyes have a gentle yet keen expression. It also has a similarly gentle smile, which is one of its most appealing traits.

This feline’s tail is moderately long and tapers to a rounded tip. Its legs are rather finer-boned than the British Shorthair’s, but are no less sturdy. Its round paws are medium sized and look rather delicate for a stocky cat.

The Chartreux coat, prized by furriers centuries ago, is short to medium in length and is quite woolly. This thick double coat protects this kitty from the elements and renders it nearly waterproof. Due to its density, grooming takes a bit longer than average. However, a weekly brushing is sufficient to keep its coat in good condition.

The Chartreux is very loving and loyal and is highly valued for its empathetic personality. It is good with children and other pets and develops a strong bond with its family. It tends to bond very strongly with a member of the family who attends to its needs the most. The French kitty will follow this person around the house to maintain close company.

Despite being affectionate, the Chartreux has an independent side. It will stand back and observe the situation from some distance. As such, it can tolerate being left alone, but not for too long. It also does not get involved in domestic goings-on without thinking things through first.

This breed is a rather quiet one and it rarely meows or makes other vocalisations. When it does need to get its owner’s attention, it will chirp briefly. Some Chartreux cats have been known to be mute. Legend has it that these cats, whilst under the care of the Carthusians, were also imposed with the rule of silence the monks observed.

The Chartreux is very intelligent with a keen power of observation. It can learn to manipulate buttons, latches, and some appliances on its own. It can also be taught to retrieve items. Being known for its mousing skills, it likes to chase about moving objects and toys. When training this feline, positive reinforcement agrees with its sensitive nature as it likes to be praised.

The Chartreux should be provided with a nutritious diet that fulfils its daily requirements. It should be consistently given the same food following the same feeding times. If there are changes to its diet, those must be done gradually to prevent digestive problems.

The serving portions should depend on the cat’s weight, age, and activity level. Its meals must include at least 25% protein and 5% carbohydrates.

The Chartreux is a relatively healthy breed having a life expectancy of 12-15 years. Although it is a healthy breed, it is still at risk of genetic diseases such as cardiomyopathy, which is a heart muscle disease. Arterial thromboembolism, urinary tract disease, renal failure, diabetes mellitus, and hyperthyroidism. This does not mean that Chartreux cats have these diseases, but they are more likely to develop them compared to other cat breeds.

Chartreux cats are moderately active and like to be occupied. Surround them with smart toys to challenge their minds. Find time for play sessions every day to ensure they get enough physical activity and to keep them from gaining weight. They love interactive games, especially a game of fetch with their owners. Known to have acrobatic talents, Chartreux cats enjoy climbing and exploring every nook and cranny. With this in mind, provide them with an assortment of boxes to hide and some cat towers to climb.

A well-bred Chartreux kitten will cost at least £400. Average insurance expenses would cost £12 (basic) or £25 (lifetime) monthly. Food costs may range from £15-£20 each month. For vaccinations, boosters, annual checks and other veterinary costs, pet care costs may add up to more than £500 each year.

On average, a Chartreux owner will spend about £30-£50 per month. The insurance costs can also affect this estimate. For its lifetime (12-15 years), the expenses can be as low as £4,320 to as high as £9,000 overall. This estimate does not include the initial costs incurred in acquiring this cat. 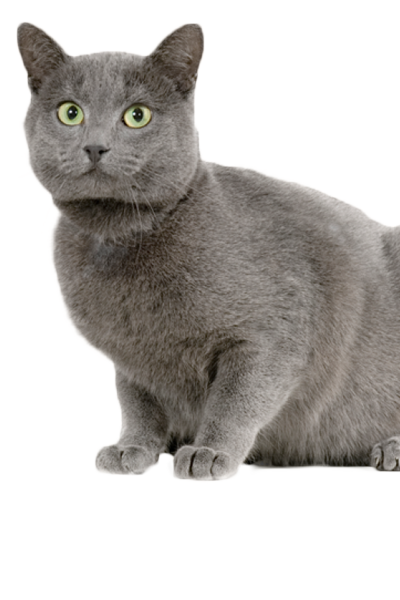 Are you sure the Chartreux is the best breed for you? Take the Pet Breed Selector Quiz to find your perfect breed match.

Is the Chartreux your purrfect match? Take our Cat Finder so you can find the most suitable breeds for you.

Cat Finder
Disclaimer:
The information, including measurements, prices and other estimates, on this page is provided for general reference purposes only.
Burmilla
Chausie
Contents
Not the breed you're looking for? Click Here
Latest Stories

Dog breeds come in different price tags. However, a cheaper breed of dog does not mean you will get less for your money. We have listed down the 10 … END_OF_DOCUMENT_TOKEN_TO_BE_REPLACED