Searching for an Exotic Shorthair?

The Exotic is a crossbreed of the Persian and American Shorthair. It has the same attributes as the Persian, except for its coat. As such, it is essentially a shorthaired Persian cat.

Exotic shorthairs are one of the newer feline breeds, developed to meet the Persian specifications but with a thick, short, dense, and plush coat. As such, they don’t require as much grooming as Persians, earning them the label of ‘lazy man’s Persian.’ With their sweet, easy going, quiet, and peaceful demeanour, Exotics make ideal companions. Their average lifespan ranges from 8 to 15 years.

Are you up for owning an Exotic Cat? Here is a brief background of this sweet and quiet yet playful cat.

The Exotic’s birthplace is the United States in the 1950s, after some American Shorthair breeders secretly crossbred the Persian with the ASH. They initially wanted American Shorthairs to have the Persian’s silver colouring and green eyes. However, they found the resulting crossbreed’s appearance intriguing and so continued to develop the breed.

Later, Persians were crossbred with other shorthaired cats, such as the Russian Blue and the Burmese. In 1967, the Cat Fanciers Association acknowledged the new breed. However, in 1975, only Persians and American Shorthairs were considered appropriate outcrosses. In 1979, the breed was acknowledged as the Exotic Shorthair by the International Cat Association. By 1987 and until this day, only the Exotic and Persian (and later the Himalayan) crossbreeding pairing was allowed for this cat breed.

Today, the Exotic has charmed its way into many cat lovers’ hearts with its charming, affectionate ways.

A medium-sized feline, the Exotic shares many similarities to the Persian. However, its coat is shorter-haired and denser, making it easier to care for. But with the density of its coat, the Exotic must be combed regularly, about twice weekly.

It weighs about 8-15 pounds and stands low to the ground at a height of about 25-30 centimetres. It is big boned with a broad skull, rounded forehead, short yet broad muzzle, and powerful jaws. It also has a short, thick neck, massive shoulders, and a sturdy body with powerful muscles, thus making the Exotic a ‘cobby’ cat type. Its ears are small with a rounded tip.

The colour of its large and round eyes is associated to its fur colour. Most Exotic eye colours range from gold to copper. White and colourpoint varieties have deep blue or copper eyes; sometimes one eye could be blue and the other copper. Golden and silver Exotics tend to have green or blue-green eyes. As Exotics sometimes tear excessively, its eyes need to be wiped every now and then.

The Exotic is an ideal companion for its sweet, affectionate, docile nature. It loves to sit on its owner’s lap and will trail behind its owners around the house as it craves human interaction. As such, the Exotic should not be left alone for a long time. It is best suited to homes where there is someone who stays behind.

This breed, like its long-haired cousin, is also intelligent, playful, and can entertain itself when left on its own. It does well with some playtime and toys and can learn quickly. The few times that it speaks, it does so pleasantly in a soft and musical voice. Male Exotics are known to be more affectionate than its female counterparts, which are more aloof.

Like other cats, the Exotic should be provided with good quality food that fulfils its daily nutritional requirements throughout its lifetime. To prevent tummy issues, the Exotic kitten must be given the same food. Should there be changes in its diet, these must be done gradually.

Adult Exotics are not fussy eaters. However, they need to be fed a couple of times during the day. As Exotics love to lounge around, their weight must be supervised as gaining too much weight can affect their overall health, even shortening its life span.

Exotic Shorthair cats can live up to 15 years or longer. Exotics are relatively healthy but compared to other cat breeds; they are more at risk of developing polycystic kidney disease (PKD). Being a brachycephalous breed-its eyes and nose are close to each other-the Exotic Shorthair is likely to develop sinus problems. Its short jaw makes it also prone to teeth issues. It can develop eye conditions like entropion and cherry eye. It is also sensitive to heat and is predisposed to ringworm. Feline polycystic kidney disease (PKD) is a hereditary health issue to watch out for; it occurs in about 40-50% of Exotics.

When it comes to exercise needs, Exotic Shorthair cats do not require much. However, they should always be encouraged to play several times a day to keep them from gaining weight. While they are livelier than Persian cats, they tend to be laid-back, making them prone to obesity. Offering them interactive toys, fishing-pole toys, and engaging them in puzzles are enough to satisfy their exercise needs.

The Exotic must be secured indoors as it cannot fend for itself against other dangers outdoors, such as other cats and dogs.

To get your own Exotic cat, you will need to spend anywhere from £300-600 for one pedigreed Exotic kitten. You also need to prepare to pay about £13 (basic) to £27 (lifetime) a month for insurance coverage. As for feeding the Exotic pet, you will need to set aside about £15-£20 each month for quality cat food. You will also need an annual budget of at least £600 per year for veterinary care, which includes vaccinations, boosters, and annual checks.

Are you sure the Exotic Shorthair is the best breed for you? Take the Pet Breed Selector Quiz to find your perfect breed match.

Is the Exotic Shorthair your purrfect match? Take our Cat Finder so you can find the most suitable breeds for you.

Cat Finder
Disclaimer:
The information, including measurements, prices and other estimates, on this page is provided for general reference purposes only.
Egyptian Mau
Havana Brown
Contents
Not the breed you're looking for? Click Here
Latest Stories

Socialising adult dogs may seem like a daunting task as some full-grown pooches are set in their ways. However, all hope is not lost. There are many … END_OF_DOCUMENT_TOKEN_TO_BE_REPLACED 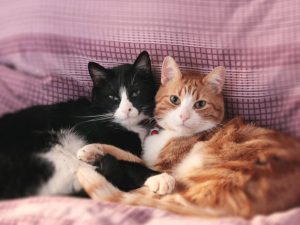 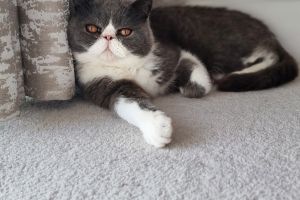 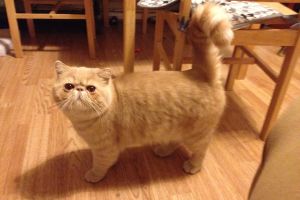 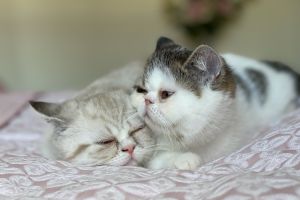 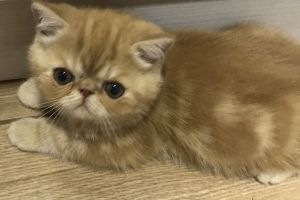