Looking for a Havana Brown?

The Havana Brown is a genetically brown-coated feline, which is often referred as the “chocolate delight” by the breed’s enthusiasts. There are two hypotheses on how the cat got its name: First, its coat resembles the colour of the Cuban cigar wrapping; and second, the name was derived from the colour of the Havana rabbit. The Havana that we see today is a hybrid breed from the pursuit of five English breeders who envisioned having solid brown cats.

A Havana Brown cat is said to be one of the people-oriented pets. It enjoys human companionship and interaction. With a doglike personality, this feline would follow you wherever you go around the house. Although some are shy, most are outgoing and very expressive. It would converse with its family more often in its soft voice.

Do you plan on getting a Havana Brown? Here is a brief background of this Siamese-looking cat with burnished coats and greenish eyes which some may refer to as Swiss Mountain Cat.

The Havana Brown cat was a work of inspiration to bring back the brown cats that existed in Siam, which is now called Thailand. Back in the late 1800s, travellers brought naturally all-brown cats to Great Britain. They gained popularity for a while but went missing from cat shows in the 1920s. Persistent breeders took interest and created a breed that would resemble a green-eyed, solid brown cat. It is an outcross amongst domestic shorthair cats, Siamese cats, and the Russian Blue cats.

In the mid-1950s, the breed was imported to North America and was called the American Havana Browns. However, in the UK, it did not have a large gene pool. As such, it went gene improvisation to achieve the goal. In 1998–1999, an outcrossing was permitted with unregistered black or blue domestic shorthairs, chocolate or seal point Siamese, and certain colours of Oriental shorthairs.

In the successive years, the Cat Fanciers’ Association and the GCCF recognised the Havana Brown cat, setting a breeding standard.

True to its name, Havana Brown, it is a chocolate brown cat breed with a medium length body. It can weigh from 6 to 10 lbs. The Havana Brown female cats have slim legs whilst the males having muscled legs. Hind legs are slightly longer than the front. It has a slender medium-length tail.

Its eyes are oval-shaped and are also medium-sized with the colour of vivid emerald green or any shade of green. The ears are large and cupped at the base with rounded tips. One of its distinctive features is its head as it is longer compared to other breeds, with whiskers complementing its coat colour.

The Havana’s coat is single and is of short to medium length, appearing very smooth. Its coat colour is rich chocolate throughout that can be red-brown (mahogany), or any shade with chestnut brown tone.

Further, grooming of this breed is easy as it sheds lightly. A weekly brushing would suffice. Follow basic grooming such as regular nail trimming, teeth brushing, and ear cleaning. The earlier these grooming routines are introduced, the better.

The Havana Brown cat is truly incomparable from other breeds, with its unique appearance and remarkable temperament. Whilst most cats largely rely on their sense of smell, a Havana Brown cat explores its surroundings with its paws. It investigates the environment by smelling, touching, and feeling. Even interacting with its owners involves a lot of paw touching. As it is very affectionate, reaching for its owners with their paws is a common behaviour.

This feline has doglike traits. It is very inquisitive that it would rush and investigate when it hears any noise. It forms a strong bond with its owners and would happily follow them around the house. The good thing is that they adapt well when kept as an indoor pet. However, it is better for this feline to have a company. This feline tends to attach itself to just one owner for life.

Puzzles and interactive toys are amongst its favourite games as this feline is highly intelligent. Challenge its brain by teaching it tricks, “fetch,” and giving rewards during playtime. Another favourite pastime is napping. This feline makes a good choice if you are looking for a sleeping partner.

It is a good choice for a family pet as well. It is sensitive when to make its exit when being handled by toddlers. In addition, it is known to use more of its paws rather than claws when wriggling out of a child’s hold. However, supervision is still a must during playtime with children.

The Havana Brown cat should be provided with a nutritious diet that fulfils its nutritional needs. It should be consistently given the same food following the same feeding schedule. If there are changes to its diet, those must be done gradually to prevent digestive problems.

The Havana brown cat has a longevity of 12 - 15 years. She is a generally healthy cat breed, but she is still at risk of developing calcium oxalate stones in the urinary tract. Some Havana brown kittens may be prone to upper respiratory tract infection.

The Havana brown has a medium to high energy level. She is a playful and human-orientated cat. The Havana brown prefers to interact with her humans and tends to get involved in everything they do.

To maintain a Havana brown's weight, provide this intelligent breed with interactive toys. Puzzle toys and a daily game of fetch can help her stay physically fit and mentally sharp. Cat towers and scratching posts are also great additions to ensure that she gets enough exercise even when left alone.

A pedigreed Havana Brown kitten will cost £300 upwards. Average insurance expenses would cost £16 (basic) to £25 (lifetime) monthly. Food costs may range from £15–£20 each month. For vaccinations, boosters, annual checks, and other veterinary costs, pet care costs may add up to more than £600 each year.

On average, a Havana Brown cat owner will spend about £40–£60 per month. The insurance costs can also affect this estimate. For its entire lifetime (12–15 years), the expenses can be as low as £5,800 to as high as £10,800. This estimate does not include the initial costs incurred in acquiring this cat. 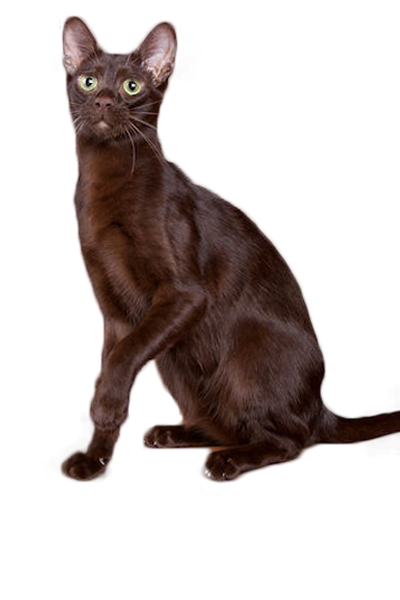 Are you sure the Havana Brown is the best breed for you? Take the Pet Breed Selector Quiz to find your perfect breed match.

Is the Havana Brown your purrfect match? Take our Cat Finder so you can find the most suitable breeds for you.

Cat Finder
Disclaimer:
The information, including measurements, prices and other estimates, on this page is provided for general reference purposes only.
Exotic Shorthair
Himalayan
Contents
Not the breed you're looking for? Click Here
Latest Stories

Australian Shepherds were bred to be herding dogs that can withstand cold climates. They sport dense and thick double coats that provide them warmth … END_OF_DOCUMENT_TOKEN_TO_BE_REPLACED