Searching for a Khao Manee?

The Khao Manee is a gorgeous and elegant feline originating in Thailand. Its name means ‘white gem’ in Thai. Due to the striking pattern around the pupil of the eye, it is called the Diamond Eye cat or the white jewelled cat. This ancient breed was a royal favourite. King Chulalongkorn (1868-1910) permitted his son to develop the breed. Khao Manees were well-guarded in the royal palace for several generations.

The Khao Manee was mentioned in the Thai Book of Cat Poems that dated as far back as 1350. Evidently, it is one of the oldest breeds along with the Burmese (Suphalak), the Korat (Dork Lao), and the Siamese (Wichien-maat). In the ancient times, breeders wanted to develop odd-eyed cats because they believe that they are the bringers of luck.

The Khao Manee is medium in size and can weigh from 8 to 10 lbs. It has a solid and muscular build. Overall, it appears well-proportioned with muscular and strong legs and rounded paws. The paw pads may be pink in colour. Its medium-length tail is slightly broader at the base with a rounded tip.

The eyes of a Khao Manee are indeed remarkable. They are large and almond-shaped. The eye colours can be blue, yellow, amber, or green. As for the bicoloured or the odd-eyed, it can be blue or any other colour. One should be patient and wait for 3-5 months for the cat’s true eye colour to develop.

In a frontal view, the Khao Manee has a heart-shaped head with high cheekbones and squared muzzle. The skin around the eyes, including the lips, is pink.

Further, the Khao Manee is recognised by its solid white fur and close-lying coat that appears smooth and shiny. Kittens may have a darker patch on the head which would eventually disappear after a year.

When it comes to grooming, the Khao Manee is low maintenance. With their short coat, brushing once or twice weekly would suffice to prevent matted hair. Rubbing the coat with a chamois leather can give it an extra sheen. Occasional nail trimming, teeth brushing, and ear cleaning are necessary to maintain hygiene and prevent diseases.

The Khao Manee is known to have a playful demeanour. It is in their nature to be social and would most likely greet whoever would enter the door. It can serve well as the welcoming host. This cat loves to interact with humans, so it does not appreciate being left alone for any length of time.

It is an energetic feline that has a laid-back nature at the same time. It loves to curl up on its owner’s lap. It tends to form a strong bond with the family. It loves to follow its owner around the house.

This breed is highly intelligent and can quickly learn new things. It is inquisitive by nature, so it loves to roam around and check the surroundings when allowed to. If one decides to keep the Khao Manee as an indoor pet, it would be wise to provide it with puzzle toys or activities that would stimulate its mind.

As a sociable cat, it is suitable for families who have older children. Very young children should be supervised by an adult to ensure safe interaction.

The Khao Manee cat should be given a nutritious diet that fulfils its nutritional needs. It should be consistently given the same food following the same feeding schedule. If there are changes to its diet, those must be done gradually to prevent digestive problems.

The Khao Manee has an average life expectancy of 10 - 12 years. This cat breed is generally healthy, but there have been reported cases of deafness, kinked tails, and skin cancer. As such, it is necessary to check Khao Manee breeder credentials before acquiring one. It is also advisable to bring your Khao Manee to the vet regularly for check-ups.

The Khao Manee is reputed for being a highly energetic cat. Because of her active and athletic nature, she does not need encouragement to exercise. However, she requires lots of space to run, and she loves to explore every nook and cranny in the house. Make sure to instal cat towers and furniture that are safe for scaling. Provide her with interactive cat toys. Owners need to be prepared to spend time playing with their Khao Manees daily to keep them from getting bored.

A pedigreed Khao Manee kitten will cost £500 or more. Average insurance expenses would cost £15 (basic) to £26 (lifetime) monthly. Food costs may range from £15-£20 each month. For vaccinations, boosters, annual checks and other veterinary costs, pet care costs may add up to more than £500 each year.

On average, a Khao Manee cat owner will spend about £40-£50 per month. The insurance costs can also affect this estimate. For its entire lifetime (10-12 years), the expenses can be as low as £4,800 to as high as £7,200. This estimate does not include the initial costs incurred in acquiring this cat. 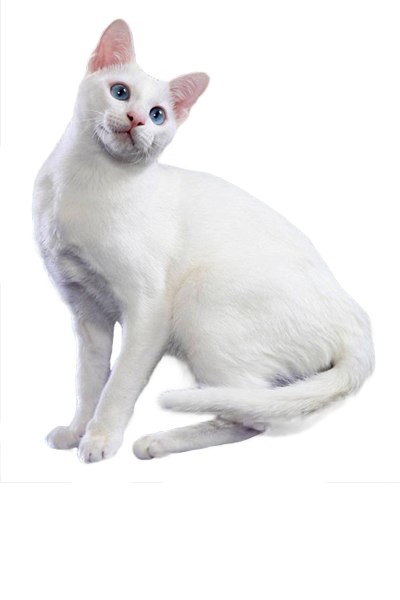 Are you sure the Khao Manee is the best breed for you? Take the Pet Breed Selector Quiz to find your perfect breed match.

Is the Khao Manee your purrfect match? Take our Cat Finder so you can find the most suitable breeds for you.

Cat Finder
Disclaimer:
The information, including measurements, prices and other estimates, on this page is provided for general reference purposes only.
Japanese Bobtail
Korat
Contents
Not the breed you're looking for? Click Here
Latest Stories

Abnormal dog behaviours are often overlooked during their early stages. Many dog owners misinterpret these behaviours. As a result, dogs end up in … END_OF_DOCUMENT_TOKEN_TO_BE_REPLACED