Looking for a Kurilian Bobtail?

The Kurilian Bobtail is a natural cat breed whose origins can be traced to the remote islands in Russia. Thriving on an island taught them to hunt in groups, and it is believed that they could even take down a small bear.

The cat’s ancestors may have survived and thrived in the wild, but the Kurilian Bobtail they ry gentle and adaptable to any environment, whether it be in the from cy to or the city. The Kurilian would make a good playful family pet, given that they are good with children. It is a robust breed known for its mousing abilities.

The “Kurils” originated from the Russian island of Sakhalin and the Kuril archipelago. The Kurilian Bobtails are rare outside of their native areas.

The Kurilian Bobtail could grow from medium to large size. An adult Kurilian female can weigh up to 11 lbs, whilst males reach around 15 lbs. It has a large wedge-shaped head with rounded contours and wide cheekbones. Its walnut-shaped eyes are clear and brilliant, with no relation to the colour of the coat, though white and harlequin cats can have blue or odd eyes. The ears are medium in size, wide at the base, triangular in shape, and look slightly sloped forward. Its legs are medium-sized, with hind legs longer than the front. At an angle, legs would form a square with rounded paws.

The tail of the Kurilian Bobtail is the most distinctive feature, having a bobbed tail or a short pom-pom-style tail. Each one has a unique feature that can be spiral, snag, or whisked. The Kurilian’s tail is muscular and firm that could extend from 1.5 cm to 8 cm.

The Kurilian Bobtail’s brawny appearance belies its gentle and laid-back temperament. This type of feline is sociable; hence, it loves company and enjoys being caressed by people. It adapts well to other cats, children, and strangers. It is independent, playful, and very gentle. Since the Kurilian is trusting, it tends to follow people around.

Further, the Kurilian Bobtails are inquisitive, playful, and highly intelligent. As they originated from an island, they like to play in the water and can actually swim in ponds. The breed is skilled in hunting rats or unwanted rodents. Since it has strong hunting instincts, you may want to keep them away from hamsters, rabbits, birds, and fish. A Kurilian could catch a salmon weighing 10 to 12 lbs with just its paws.

The Kurilian Bobtail cat should be given a nutritious diet that fulfils its nutritional needs. It should be fed with the same kind of food and it should follow a feeding schedule. If there are changes to its diet, those must be done gradually to prevent digestive problems.

The Kurilian bobtail can live for 15 to 20 years. This cat breed is robust and she does not have any known genetic health problems. However, considering that this breed is rare, there is limited information on the probability of genetic diseases.

The Kurilian is a highly energetic cat and is dubbed as a skilled jumper because of her long hind legs. As a cat with natural hunting instincts, the Kurilian bobtail is quick to jump and prey on mice and other smaller animals.

The Kurilian does not need to be motivated to exercise as she is an active cat. She often entertains herself by climbing on and leaping from high places. She especially enjoys playing interactive games with her owner.

To keep her occupied, provide her with a good assortment of interactive toys that will stimulate her mentally and physically. Installing cat towers in the house would be a good idea since she likes to climb on anything.

As it is unlikely to find a Kurilian breeder, acquiring a kitten takes considerable time. Generally, a pedigreed Kurilian Bobtail kitten will cost anywhere between £370 to £600.

Details on monthly costs of caring for a Kurilian are dependent on the area and the special needs of the said feline. 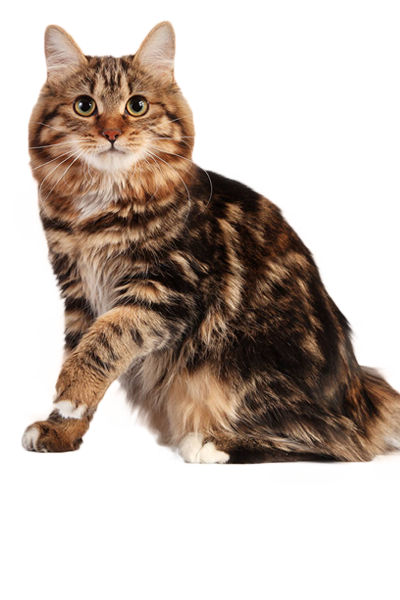 Are you sure the Kurilian Bobtail is the best breed for you? Take the Pet Breed Selector Quiz to find your perfect breed match.

Is the Kurilian Bobtail your purrfect match? Take our Cat Finder so you can find the most suitable breeds for you.

Cat Finder
Disclaimer:
The information, including measurements, prices and other estimates, on this page is provided for general reference purposes only.
Korat
LaPerm
Contents
Not the breed you're looking for? Click Here
Latest Stories

Dogs are common hosts for various intestinal worms. Many dog owners are wondering, “What home remedy can I use to deworm my dog?” We have  6 natural … END_OF_DOCUMENT_TOKEN_TO_BE_REPLACED