Looking for a Norwegian Forest Cat?

The Norwegian Forest cat, also fondly called the Wegie, is the Viking’s feline companion of choice. As indicated by its name, this large, natural breed is native to Norway, and is thus able to survive bitter winters and harsh weather conditions. Believed to be the ancestor of the Maine coon, another big cat, this tough feline’s origin remains mysterious.

Its impressive adult size takes longer to develop, which is why Norwegian Forest cats still behave like kittens for a couple of years. Their stunning appearance, intelligence, gentle and sensitive nature, and sociability make them highly adaptable cats that thrive well with families and children.

The Norwegian Forest cat, also called the ‘skogkatt’ (forest cat), is thought to have come from long-haired cats brought by Scandinavian Crusaders from Turkey. Some believe it may have evolved from short-haired cats from Great Britain. Whichever version may be true, it is a fact that the Wegie’s history goes back thousands of years. In Norse mythology, for example, goddess Freya’s chariot is said to have been drawn by giant cats. This feline also has its own legend, describing it as a ‘fairy cat’ that is able to climb rock faces that other cats would baulk at.

The Wegie managed to survive through its mousing skills, proving its existence valuable to sailors, farmers, and homemakers. Its present incarnation is said to be a product of interbreeding with feral and barn cats. However, this cat breed nearly died out during World War II due to cross-breeding with domestic cats. The Norwegian Forest Cat Club fortunately stepped in and supported the skogkatt’s survival for generations ahead.

Although the Norwegian Forest cat is Norway’s official cat according to King Olaf V, it only gained recognition as a breed in 1977 by Fédération Internationale Féline. Ten years later, the Cat Fanciers’ Association also officially recognised the breed. Today, the Wegie is very popular in Europe.

The Norwegian Forest cat, being a large, semi long-haired feline, strikingly looks like the Maine coon. This is no surprise as the Maine coon is said to be a descendant of Norway’s prized feline. However, they have considerable differences. The dominant one is the shape of their heads. The Maine coon’s head is wedge-shaped, whilst that of the Wegie is triangular, which is unlike other long-haired cat breeds. Its big almond eyes are set at an oblique angle, whilst its ears and paws are tufted, perfect for harsh Scandinavian winters.

The Wegie’s dense, glossy coat that envelopes a strong, durable body comes in various colours and patterns. However, the chocolate, fawn, lilac, Siamese, and cinnamon variety are not recognised by cat breed authorities though. Its double-layered coat serves as its built-in ‘winter attire,’ easily repelling water. Although its coat is so thick that it lends the breed an almost lion-like look, it does not require as much care as other breeds. A twice or thrice weekly combing will be enough. Its bushy tail has a distinct white tip. Its claws are remarkably strong, which gives the Norwegian Forest cat a superior climbing ability due to the excellent grip. It can even scale rocks, just as the legend said.

The Norwegian Forest cat’s size can be compared to that of small dogs, like pugs and Boston terriers. It can weigh from 7 to 16 pounds (even up to 22 pounds for males), and has an expectancy of about 12–16 years. Due to its massive size, it will take about 5 years for the Wegie to mature fully.

The Wegie is known for being even-tempered, sweet, and gentle, which match its kind look. As their development into adulthood is slow, this cat keeps up its kitten-like ways longer than average. Intelligent, independent, and sociable, the Norwegian Forest cat likes human company, but is not demanding of attention. As such, it can entertain itself when alone. Owners with koi ponds and aquariums must be mindful of this cat’s hunting instincts as it will not hesitate to dive into a body of water to catch his next meal.

The skogkatt is also known for its ‘Scandinavian restraint’—reserved with visitors, will not take up lap space as much as other breeds, and expresses its needs in a quiet voice. However, it appreciates affectionate gestures, and returns them with a cheek rub or a nudge of its head.

The Wegie can thrive both outdoors and indoors. He does best with a family operating on a busy rhythm in the countryside. It also does well with children, dogs, and bigger pet birds. The Norwegian Forest cat also makes a great first cat for those who have not cared for a feline yet. Although it can be left on its own, it should not be solitary for a lengthy period.

The Norwegian Forest cat, as with other felines, will do well with high-quality food rich in meat protein. It requires about 80 kilocalories of food per kilo of its body weight daily. Provide a good mix of wet and dry food according to the feline’s age. Never introduce new food abruptly to avoid stomach issues. Keep an eye on the Wegie’s diet as it can put on weight under its thick coat and from constant napping.

The Norwegian Forest cat or the wegie is a generally healthy cat breed that can live between 12 and 16 years. She does not have known specific inherited health conditions, but experts recommend to have the cat screened for hypertrophic cardiomyopathy (HCM). This disease often affects large cats like the wegie. Having her regularly checked by the vet can help in detecting the early signs of this condition.

The wegie is an extraordinarily talented climber and jumper. She enjoys scaling heights and is often found on the highest points in the house. The wegie is also one of the few cat breeds that like to play with water.

The wegie is moderately active and does not have high exercise needs. Since she is a large cat, make sure that she does not overeat to avoid obesity. She is quite warm and easy-going and loves to play games with her family members.

A pedigreed Norwegian Forest kitten may cost about £400–500. Insurance coverage may range from £15 to £25 a month in England. As with food costs, each month’s expense may reach up to £25. Veterinary care costs—vaccinations, boosters, annual checks—can reach no less than £600 in a year.

On average, a Wegie owner may spend about £40–£60 monthly depending on the insurance coverage. For its lifetime (16 years), costs can range from £7680 to £11,520, not including the initial cost of acquiring a Wegie kitten. 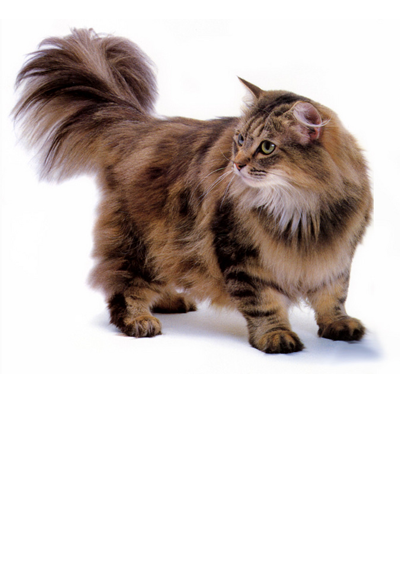 Are you sure the Norwegian Forest Cat is the best breed for you? Take the Pet Breed Selector Quiz to find your perfect breed match.

Is the Norwegian Forest Cat your purrfect match? Take our Cat Finder so you can find the most suitable breeds for you.

Cat Finder
Disclaimer:
The information, including measurements, prices and other estimates, on this page is provided for general reference purposes only.
Nebelung
Ocicat
Contents
Not the breed you're looking for? Click Here
Latest Stories

Abnormal dog behaviours are often overlooked during their early stages. Many dog owners misinterpret these behaviours. As a result, dogs end up in … END_OF_DOCUMENT_TOKEN_TO_BE_REPLACED 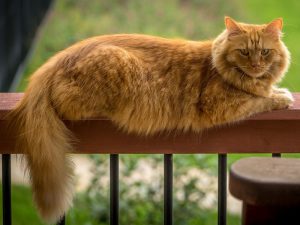 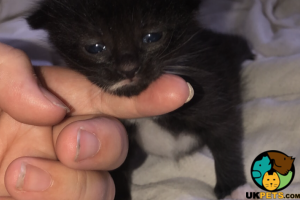