Searching for a Somali?

The most striking feature of this exquisite feline is the ticking of its fur with a long bushy tail that resembles the look of a squirrel or a fox. It makes sense why the Somali cat is often referred as the ‘fox lady.’ Similar to its cousins, the Somali cat has a captivating wild look with expressive eyes, large ears, and magnificent facial markings.

Named as the “cat with the smiling face”, the Somali cat is often featured in articles as one of the most affectionate felines. This muscular, medium-sized cat has a similar athletic physique as the Abyssinian, but it is friendlier and more affectionate. Keeping a Somali cat will be full of entertainment as it is a highly intelligent breed with a mischievous nature. With a few hereditary health issues, the Somali can live between 12 and 14 years.

There have been arguments on the emergence of the Somali cats. It was believed to be one of the ancient breeds, having been depicted it a papyrus art that dates back to 900 BC.

The Somali cat is an Abyssinian longhaired variety. Longhaired kittens of Abyssinian ancestry were considered undesirable, thus, they were not recorded. However, an American breeder, Evelyn Mague, acknowledged the potential of a new breeding programme using these longhaired kittens. She took a longhaired Abyssinian kitten, George, from a cat shelter where she was a volunteer. Mague was successful in initiating the mating with an outcome of another longhaired female kitten in 1972. She was the one who gave the name Somali to the new breed. Contrary to its name, the Somali cat is actually not from Somalia, the neighbouring country of Abyssinia (known nowadays as Ethiopia). Mague gave the said name in honour of its closeness with the Abyssinian cousins.

Through the years, the Abyssinian was the main breed used for further strengthening the breed’s gene pool. The Siamese, Burmese, and Russian Blues are also occasionally used to serve the same purpose.

Nowadays, the Somali cat breed is a recognised breed in cat registries including the Cat Fanciers’ Association (CFA) since 1979. Furthermore, it earned the Governing Council of the Cat Fancy’s (GCCF) recognition in 2011 and a Championship status in 2014.

The Somali cat is well-balanced feline with a medium body build that can either have short or semi-longhaired coats. The body is firm and muscular and in proportion with its long legs and oval-shaped paws. It has a moderately wedged head. The face profile boasts a gentle smiling look with a firm chin. The ears are set widely, broad at the base and are proportionately large with long hair on the inner edges.

It has large almond-shaped eyes. They are set proportionately apart completing an expressive look. Eye colour can be the following: amber, hazel or green. The desired colour is rich and deep shades.

One of its striking features is its bushy tail that gives the look of a fox. For a longhaired Somali cat, the tail’s base is broad that slightly tapers to a full brush whilst the shorthaired has a rounded tip.

As for its coat, it can either be short or semi-longhaired with well-defined ticking, the defining characteristic of the breed. There are at least three bands of ticking shades on every hair. It is expected to develop gradually but should still be visible on the shoulders of all kittens in at least 12 weeks old. The pattern is of the same colour on its ear tips and tufts, facial markings, toe tufts, and the top and tip of the tail. Having a darker shade along the spine and top of the tail is a desired feature.

Moreover, the semi-longhaired feline’s coat lies flat along its spine whilst the shorthaired have a smooth coat closely lying on its skin. The coat is fine and dense in texture. The following are the Somali cat colours:

A good Somali grooming only requires a weekly brushing to keep its hair tangle-free. It should naturally have a ruff around its neck and full breeches on its thighs. It also requires nail trimming, ear cleaning, and teeth brushing.

Similar to its Abyssinian cousins, the Somali cats are highly intelligent and naturally inquisitive that would relish a good time exploring its surroundings. It should be provided with a secure garden or a close monitoring so it will not wander off. It can adapt well as an indoor pet when provided with plenty of toys and things that will keep it entertained. Scratching posts and good climbing posts would keep it busy.

The Somali cat personality makes it an ideal cat for people who are looking for affectionate and interactive felines. It is a wonderful companion that enjoys involvement in the activity of the owner. As much as it is interactive and playful, it can very well alter its characteristic to a very affectionate one. At times, it seeks affection as a lap cat or a cuddle buddy under the covers, just as long as it is in the company of its owners.

Further, it may be friendly but not to other cats where it needs to share attention. It is best suited for a family with older children where it already knows how to handle cats with great care.

The Somali breed should be provided with a nutritious diet that fulfils its nutritional needs. It should be consistently given the same food following the same feeding schedule. If there are changes to its diet, those must be done gradually to prevent digestive problems.

The serving portions mainly depend on the cat’s weight, age, and activity level. Its diet must include at least 25% protein and just 5% carbohydrates.

The Somali cat normally has a life expectancy of 12–14 years. This cat breed is considered one of the healthiest and is known to be affected only by a few hereditary health issues.

There have been cases of Somali cats affected by pyruvate kinase deficiency. However, she can be protected from diseases through vaccination and regular visits to a vet.

Like other oriental breeds, the Somali is delightfully lively and smart. She finds pleasure in following her owners around the house and getting involved in everything they do. She is a natural performer and adores being the centre of attention.

The Somali particularly enjoys playtime with her people, so be sure to schedule play sessions that involve games that can test her intelligence.

As a highly energetic cat, the Somali does not have special exercise requirements as she seems to be always in motion when awake. This feline especially likes to explore every inch of the house, even the ceiling. She has to be kept active in order to expend her energy.

Playing structured games with the Somali is a good way to bond with her. Whilst the Somali likes to be in the company of her owners most of the time, she can also endure being left alone for a few hours.

A pedigreed Somali kitten will cost £400 or higher. Average insurance expenses would cost £15 (basic) to £25 (lifetime) monthly. Food costs may range from £15-£20 each month. For vaccinations, boosters, annual checks and other veterinary costs, pet care costs may add up to more than £600 each year.

On average, a Russian cat owner will spend about £15-£20 per month. The insurance costs can also affect this estimate. For its entire lifetime (12-14 years), the expenses can be as low as £2,160 to as high as £3,360 overall. This estimate does not include the initial costs incurred in acquiring this cat. 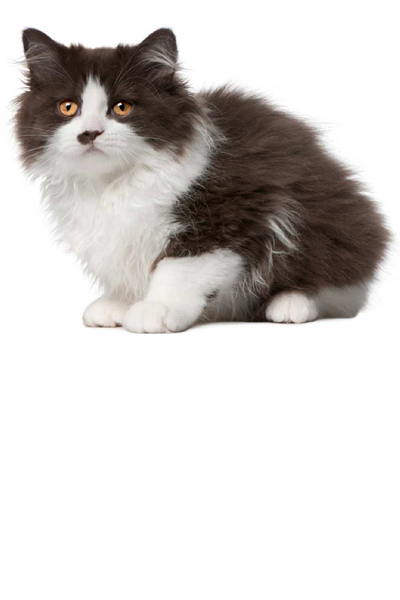 Are you sure the Somali is the best breed for you? Take the Pet Breed Selector Quiz to find your perfect breed match.

Is the Somali your purrfect match? Take our Cat Finder so you can find the most suitable breeds for you.

Cat Finder
Disclaimer:
The information, including measurements, prices and other estimates, on this page is provided for general reference purposes only.
Sokoke
Sphynx
Contents
Not the breed you're looking for? Click Here
Latest Stories

Abnormal dog behaviours are often overlooked during their early stages. Many dog owners misinterpret these behaviours. As a result, dogs end up in … END_OF_DOCUMENT_TOKEN_TO_BE_REPLACED