Searching for a Tibetan?

The Tibetan Cat is a successful cross between a Balinese (a semi-longhaired) and Burmese. It is a medium-sized cat and is new to Britain. Though this breed is rather young, it is already a recognised breed in the Netherlands, Belgium, Germany, France, South Africa, and just a few years ago in North America. However, Tibetan cat breeding is mainly concentrated in Europe. In the UK, the Tibetan cat is still slowly being introduced. Currently, a small group of Tibetan cat breeders are working to have the breed recognised by the Governing Council of the Cat Fancy (GCCF) and The International Cat Association (TICA). Considering how its breed parents were successfully recognised, there is also a good chance that the Tibetan cats would be fully registered in the future.

Naturally curious and playful, the Tibetan Cat loves to explore. It may be a bit of a challenge to keep it indoors. Some people consider it the long-haired version of the Tonkinese Cat, which is a Siamese and Burmese cross.

The Tibetan Cat was bred in the Netherlands by its first breeder Agnes Driessen in 1992. It is developed in Agnes’ cattery Anshira Waya from a cross between Balinese and Burmese cats. The crossing ventured to the Balinese and the Tonkinese which justifies the semi-longhaired Tonkinese-looking Tibetan cat. The original Balinese, Burmese, and Tonkinese are the only pedigrees permitted at the moment. However, there are also attempts in crossing it with other breeds such as Tiffanie/Burmese.

This feline may be a new breed but it already gained recognition from the Dutch Cat Breeders Association (the Dutch equivalent of the GCCF) in 1997. Once the Tibetan Cat becomes recognised by the GCCF, a breeding policy would then be set.

Despite having lush coats, it sheds just a little and has less chances of tangled hair because of the absence of an undercoat. It only needs a good brushing once or twice a week. It is best to introduce regular hygiene while it is still a kitten to get this independent cat accustomed to the routine.

The Tibetan Cat is an extrovert breed just like the Tonkinese. It is sociable, friendly, spontaneous, and communicative. It likes walking in front of your feet and lying on top of books.

The Tibetan Cat is best to be kept indoors. It needs company and plenty of toys to be kept entertained. It also loves to explore; therefore, walking around the entire house is to be expected. The cabinets and the forbidden areas are its favourites.

The Tibetan Cat should be provided with a diet according to its nutritional needs. It should be consistently given the same food following the same feeding schedule. If there are changes to its diet, those must be done gradually to prevent digestive problems. To avoid stomach upset, do not give it cow’s milk. Instead, a bowl of water should always be available.

The Tibetan cat has a life expectancy of 13–17 years. There are no known breed-related health problems for this breed. As with all cats, the Tibetan needs annual vaccination boosters against common feline diseases.

The Tibetan has a reputation for being lively and extremely curious. A combination of these two traits means that this feline likes to participate in whatever her owners do. She finds pleasure in following them around the house and shadowing their moves.

The Tibetan cat is playful, but she does like to cuddle. But also make sure that she gets to exercise as inactivity can often lead to obesity.

This feline sometimes need motivation to exercise and stay active. Schedule play sessions that involve interactions and physical activities to keep her active. Since she also enjoys climbing and exploring high places, set up tall scratching posts or cat trees in the house to create a vertical play space for your Tibetan cat.

A Tibetan Cat for sale is hard to find in the UK because it is currently a breed under development. Food costs may range from £15-£20 each month. For vaccinations, boosters, annual checks and other veterinary costs, pet care costs may add up to more than £500 each year.

As this breed is uncommon in the UK, the monthly costs largely depend on the area and the needs of the said feline. 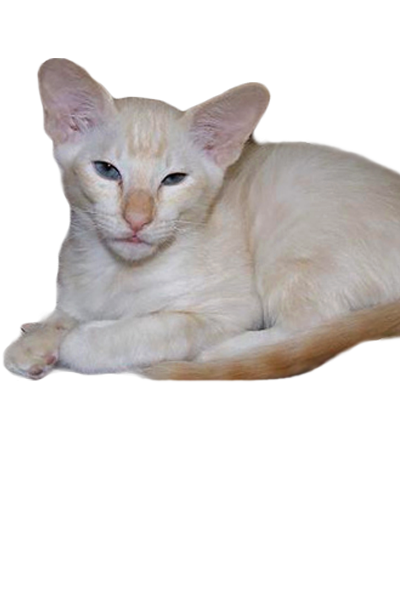 Are you sure the Tibetan is the best breed for you? Take the Pet Breed Selector Quiz to find your perfect breed match.

Is the Tibetan your purrfect match? Take our Cat Finder so you can find the most suitable breeds for you.

Cat Finder
Disclaimer:
The information, including measurements, prices and other estimates, on this page is provided for general reference purposes only.
Thai
Tiffanie
Contents
Not the breed you're looking for? Click Here
Latest Stories

Abnormal dog behaviours are often overlooked during their early stages. Many dog owners misinterpret these behaviours. As a result, dogs end up in … END_OF_DOCUMENT_TOKEN_TO_BE_REPLACED