Looking for a Basenji?

Playful, clever, and energetic, the basenji is a comical hound dog. He exhibits catlike tendencies when it comes to cleanliness, independence, and level of curiosity. The basenji is not the right breed for people who don't have a sense of humour and who can’t manage the occasional destruction at home. The basenji was bred as a hunting dog in Congo, Africa. He has a short, fine coat that is easy to groom. What is interesting about the basenji is the fact that he doesn’t bark. Instead, he produces a sound much like a chortle or a yodel. The average lifespan of a basenji is ten to twelve years.

Are you thinking of getting a basenji? Here is a brief background of this canine referred to as the 'barkless' dog.

The basenji is believed to have originated from Africa, specifically in the Congo. However, experts say that basenji-looking dogs who lived with humans were around thousands of years prior. In fact, the breed is likened to the ancient hunting dogs in Egypt called the Tesem. Europeans first identified the breed in 1895, cherished by Congolese locals for its speed, courage, intelligence, and silence.

The breed was successfully brought to England in the 1930s thanks to the animal importer Henry Trefflich. The breed was later registered with the Kennel Club in 1937. Previous attempts were unsuccessful because the first imports died of diseases like distemper.

The basenji stands between 40 and 43 centimetres at the withers and weigh around 21–24 pounds. This lightly built pooch has a distinguished aristocratic look with a flat, well-chiselled head and a graceful neck. His forehead is wrinkled whilst still a puppy and when he gets excited. He has dark, almond-shaped eyes, small, erect ears and a tightly curled tail. According to the Kennel Club, the standard colours are the following: pure black and white; red and white; tan and white; black, tan, and white with tan melon pips and mask; and black. For brindle, it should be red background with black stripes, where stripes are more clearly defined. The white tones should be on the chest, feet and tail tips.

This small yet powerful hunting dog has easy-to-maintain short hair. He has catlike grooming habits and is very clean. His virtually spotless coat requires minimal bathing, which can be done every few months. He sheds all-year round, but it is unnoticeable because the hair is fine and short.

Make sure to brush your basenji’s teeth twice or thrice a week. Brushing will help prevent tartar build-up and remove any bacteria lurking inside. Nails must be regularly trimmed especially if you start hearing clicks on the floor. The basenji has an animated character, so he is most likely to jump on you to greet you, which makes short nails best to keep your legs from accidental scratches. Also, look out for sores, rashes, redness, lesions, or other signs of infection. If you find any abnormalities, make sure to have your basenji checked with a veterinarian.

The basenji doesn’t bark, but it does not mean that he is mute. He can do a cute yodel, but could also growl, whine, or scream. He is such an intelligent dog, but he is known to be one of the most stubborn breeds. As an independent thinker, he is definitely not a people-pleaser. He can learn a lot of tricks, but he won’t always obey upon command. He knows how to demand attention and manipulate his owners to provide what he wants. Another downside of owning this breed is his strong urge to escape. He can escape from a very challenging fenced yard if he is determined to explore, which is why he should not be left unsupervised.

The basenji is affectionate and protective towards family members. However, he is not recommended in households with very young children. He thrives with older kids who know how to interact with him properly, especially those he grew up with. Since he has a strong hunting drive, he will chase and kill small animals.

This breed’s cute appearance, small stature, and fuss-free grooming requirements make him an attractive pet. However, his temperament, energy level, and personality can be challenging for the typical family. He can be a handful, so he is not for everybody.

A typical serving for an adult basenji is 3/4–1 cup of excellent-quality dry dog food per day. Every breed is unique, so the amount of food depends on its age, size, build, activity level, and metabolism. Getting to know the breed helps you determine its basic nutritional needs. You also need to take into account its individual characteristics.

Typical calorie needs of an adult basenji per day:

An inactive basenji is prone to weight gain, which is why it is important not to overfeed him. This breed thrives on diets with high protein and low carbohydrates. The primary component of his food should be meat, may it be beef, lamb, chicken, or fish. Carb sources should be from sweet potato, barley, or oats and not fillers like wheat, soy, and corn. Feed him with food that will nourish his joints since he is prone to hip dysplasia.

Since this breed has high energy level, daily exercise is a must. Some may do fine with a simple exercise regimen like a daily walk, but others prefer more exciting activities. If his exercise needs are not met, he can be very destructive and prone to chewing.

A Basenji puppy can cost anywhere from £350 to £500. Expect to pay a little more if you’re getting a well-bred pedigree Basenji puppy from a KC-registered breeder. On top of this, you have to spend £200 for dog supplies, equipment, toys, and grooming.

A significant portion of monthly expenses goes to feeding a Basenji, which costs £20 to £30 a month. Annual health checks, vaccinations, boosters, and medical care are estimated at around £800 per year.

Pet insurance premium depends on the kind of coverage you get. Expect to pay at least £20 for basic coverage or £40 for lifetime policy. The cost of raising a Basenji is estimated at £60-£90 a month. 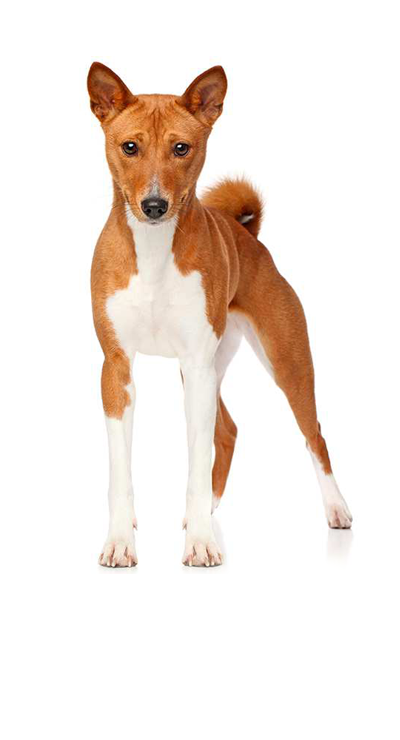 Are you sure the Basenji is the best breed for you? Take the Pet Breed Selector Quiz to find your perfect breed match.

Are you ready to deal with an energetic dog like the basenji? If not, try checking out other dog breeds with our Pet Finder.

Disclaimer:
The information, including measurements, prices and other estimates, on this page is provided for general reference purposes only.
Barbet
Basset Bleu De Gascogne
Contents
Not the breed you're looking for? Click Here
Latest Stories

Lively, intelligent, and people-loving, the Australian Shepherd is a delightful breed filled with enthusiasm for life. There are growing numbers of … END_OF_DOCUMENT_TOKEN_TO_BE_REPLACED 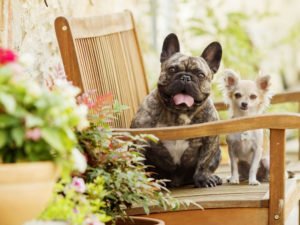 As of 2013, there are 339 dog breeds in the world, according to Fédération Cynologique Internationale. With so many breeds, it can be hard to identify the best dog breed of them all. As such, we chose to identify the top 3 best canine pets according to certain categories. By doing so, you will be able to determine for yourself which breeds have superior qualities. Also, with this dog breed comparison, you will be able to identify which types suit you best. 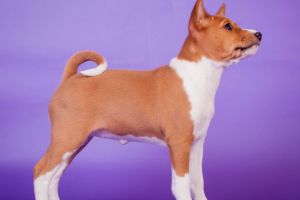