Thinking of buying or adopting a Canaan Dog?

The Canaan dog is an ancient breed with origins from the ancient land of the Israelites, Canaan. It was bred as a herding dog by the Bedouins and is an excellent guard dog during World War II. The Canaan dog is gentle, docile, and extremely protective and territorial. The Canaan is medium in size, weighing 35–55 pounds and standing 40–60 centimetres tall at the withers. The Canaan dog has an average lifespan of twelve to fifteen years.

Are you looking to own a Canaan dog? Here is a brief background of this ancient dog breed.

The Canaan dog is believed to be the most ancient dog breed in the world. The origins of the breed were reportedly found in the ancient land of Canaan, the land of the Israelites (now Lebanon, Palestine, Israel, and some parts of Syria and Jordan). This claim is supported when archaeologists unearthed seven hundred dog skeletons during an excavation in Palestine that are anatomically similar to Canaan dogs today. At that time, this dog breed was referred to as the Dog of Canaan or Kelev Kanani.

However, this ancient dog breed was driven out together with the Israelites when the Romans came two thousand years ago. Reportedly, some dogs survived extinction when local Bedouins captured several wild Canaan dogs to help guard and herd their cattle.

For centuries, the Canaan dog breed continued its free life in the desert with the Bedouins, until World War II. Isolated Jewish settlements needed desert-tough guard and patrol dogs. Rudolphina Menzel, a professor of animals and comparative psychology at the University of Tel Aviv, was tasked to develop a dog breed that meets those needs. She captured some wild Canaan dogs and started her breeding programme. In 1948, the Palestine Kennel Club recognised the dog breed and registered some 150 Canaan dogs trained to perform sentry work and landmine detection.

In 1965, the first Canaan Dog Club of America was formed when Ursula Berkowitz of Oxnard, California, imported the dogs to America. It was only in 1997 that the American Kennel Club recognised the Canaan dog as a breed, whilst the United Kennel Club had already recognised the dog breed a few years earlier in 1992.

The Canaan weighs 35–55 pounds and stands 40–60 centimetres tall at the withers. It has a broad, wedge-shaped head with the top flat between the ears. The dog breed boasts of a well-defined stop, long muzzle, and a nice black nose. Its almond-shaped eyes are dark in colour with black rims. This dog breed has a strong jaw with perfect scissor bite. Its neck is well-muscled and slightly arched, shoulders are laid back, and legs are straight and strong.

The Canaan dog wears a double coat designed to protect it in extreme temperatures of the desert. The undercoat is short and soft, often thick, depending upon the climate where the dog lives. Its topcoat is straight and rough that lays flat against the body. The coat comes in a variety of colours that may be white or white with patches of colour and solid colours that range from black to brown, sandy, red, or liver. Solid brown or tan Canaan dog often has shades of black.

Grooming a Canaan dog is easy since it doesn’t shed much. Weekly brushing will suffice to keep loose hairs to a minimum and maintain its coat. However, it may shed a bit more twice a year (spring and autumn), so frequent brushing may be required. Bathing is only needed a few times a year since the Canaan dog is a notoriously clean dog that does not emit a canine odour. It is important to do basic grooming, which includes checking the dog's ears on a regular basis, brushing its teeth to maintain oral health, and trimming its nails.

The Canaan is an alert and vigilant dog that is devoted to its family. It is reserved around strangers, but should never be aggressive. This dog breed is naturally territorial, which makes the Canaan dog an excellent watchdog. It barks only to alert, but will quickly settle down once its human takes over the situation, assuming that the Canaan regards its owner as the leader of the pack.

The Canaan is a highly-energetic dog that loves to run. It is an agile breed that can completely change directions at high speed. This dog breed requires several hours of outdoor activity to get its healthy dose of physical and mental stimulation. A Canaan dog that is bored tends to become high strung and destructive. It is extremely intelligent and a good problem-solver. Thus, it is important to enrol your Canaan to agility training, herding, and tracking activities for its mental well-being.

The Canaan dog is not the best choice for first-time owners, taking into account its training requirements. It is a good pet and will protect its family. It can form a strong bond with the children, but like any dog breed, interaction must be strictly supervised. It is important that this dog is socialised at a young age. The Canaan dog is known to be aggressive and territorial around other dogs, and it may perceive other small animals as prey.

A typical serving for an adult Canaan dog is 1 1/2–2 1/2 cups of premium-quality dog food per day. Each dog will have different nutritional requirements depending on its age, size, and activity level. If you can't decide what and how much to feed your Canaan dog, don't hesitate to consult a veterinarian.

Typical calorie needs of an adult Canaan per day:

The Canaan is an energetic dog that requires more protein. Like all dogs, this breed can easily gain weight, so owners should avoid free-feeding.

The Canaan dog is generally healthy but may suffer from a few health conditions. These health issues may include hypothyroidism, epilepsy, progressive retinal atrophy, cryptorchidism, hip and elbow dysplasia, luxating patella, and osteochondritis dissecans.

As a very active dog, the Canaan requires a lot of exercise. It needs more than daily walks. It will do well with more vigorous activities that are physically and mentally stimulating, such as agility training.

The average purchase price of a Canaan puppy is roughly £500 but since only a few puppies are registered with the Kennel Club per year, you will likely go into a waiting list. Other expenses to consider include food costs, which can range from £40–£50 a month and veterinary bills of about £1,000 per year. The latter covers the cost of initial vaccinations, annual boosters, and spaying/neutering cost.

Medical treatments may cost a lot more than the usual unless you have pet insurance. To offset some vet bills, you can opt for a basic pet insurance cover, which is around £22 a month or a lifetime insurance policy of £42 a month.

In addition, you also need to consider the basic dog supplies and equipment including leads, collars, beds, bowls, and toys. The Canaan will need agility training, which is another cost that you may want to factor in. Excluding the training and the insurance costs, caring for a Canaan dog will set you back roughly £70–£100 a month. 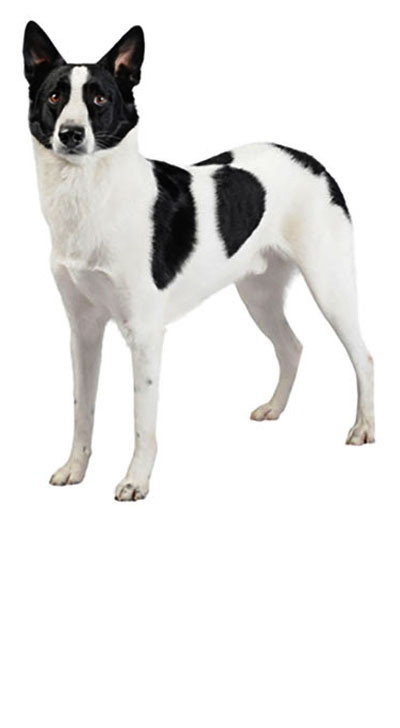 Are you sure the Canaan Dog is the best breed for you? Take the Pet Breed Selector Quiz to find your perfect breed match.

Do you think you can wait for a Canaan dog to be available? If you can't wait to get a new dog, you can check out other dog breeds to fit your lifestyle with our Pet Finder.

Disclaimer:
The information, including measurements, prices and other estimates, on this page is provided for general reference purposes only.
Cairn Terrier
Canadian Eskimo Dog
Contents
Not the breed you're looking for? Click Here
Latest Stories

Are slugs poisonous to dogs? The answer to this question is not cut-and-dried. Many types of slugs do not create dangerous toxins in their body, but … END_OF_DOCUMENT_TOKEN_TO_BE_REPLACED