Searching for a Cane Corso?

The cane corso is a mastiff-type of dog that originated in Italy. Weighing 88–110 pounds and standing 58–66 centimetres, it is a large dog with high exercise needs. This breed is intelligent and trainable, but can be challenging. It needs an experienced owner and is not advisable for first-time dog owners or families with very small kids.

Is a cane corso on your pet wish list? Here is a brief background of this protective and loyal dog.

The cane corso is a descendant of mastiff-type dogs used by the Romans in combat known as the ‘Canis Pugnax.’ The name came from ‘cane da sorso,’ which refers to catch dogs used for herding, hunting, guarding, and other rural activities. This breed also guarded homes and other properties, as well as helped farmers in herding livestock. Not only was it an ultimate working dog, but it was unfortunately used as a fighting dog in arenas. The cane corso is a bit lighter in build compared to its predecessors, but still maintains a striking look.

The cane corso almost faced extinction in the ’70s when modern farming means drove this breed jobless. Breed enthusiasts put on the effort to recover it, although its numbers are still low to this day. It was recognised by the Italian Kennel Club in 1994 and the American Kennel Club in 2004. The Kennel Club is yet to recognise the cane corso.

The cane corso is a handsome, powerful, and well-muscled large dog. It is less bulky compared to other mastiff-type dogs. It weighs 88–110 pounds and stands 58–66 centimetres at the withers. This athletic dog has a large and imposing head, which is said to be its most important feature. Its muzzle is flat, wide, and rectangular, whilst its jaw is slightly undershot. It has dark, almond-shaped eyes that are always alert, a black nose with open nostrils, and triangular ears.

The corso’s outercoat is short, dense, and glossy, paired with a light undercoat. It comes in various colours such as black, grey, fawn, and stag red, and may or may not have brindling. This breed tends to have a little white spot on its chest, toes, and on the bridge of its nose. Grooming-wise, it is rather low-maintenance as it only needs to be brushed weekly, which should become more frequent during shedding season (spring and autumn). It can be bathed as needed.

Don’t forget to brush its teeth at least twice a week to reduce the chances of bath breath, tooth decay, and gum disease. Its ears should also be kept clean and dry to avoid infections. Its nails should also be regularly trimmed when they touch the ground whilst walking and/or when you hear a click on the floor. Also take time to inspect if it has red spots on the skin or any ticks or fleas.

The cane corso is a serious working dog that is loyal and reliable. It may be protective by nature, but it is gentle and loving, especially to its family. It develops a strong bond with one person, particularly the most involved in providing its needs. Because of its size and prey drive, it cannot play with toddlers that have a tendency to run, cry, and scream. The corso is best suited for families with older children who know how to properly interact with dogs. It usually gets along with other medium-size pets especially when raised together.

The corso does not easily trust strangers and has a tendency to be distant and wary. It is important to keep a watchful eye when children’s friend come over because it is very protective and may wrongly judge a situation when the kids become too boisterous. Early socialisation with various people and animals, as well as exposing it to different places and situations will make it a well-rounded dog.

This breed is highly intelligent and trainable especially because it loves to please its owners. However, the corso is a challenging breed to raise and is not suited for first-time owners. It needs an experienced owner that is firm and authoritative. The alpha role in the household needs to be established early, so it can accept its place in the pack. It is also best suitable for active owners that love the outdoors. It is definitely not an apartment dog and would thrive in the countryside. Too much idle time could lead to destructive behaviour.

A typical serving for an adult cane corso is four to five cups of excellent-quality dry dog food per day. As a large dog prone to bloat, measure its food, divide into two meals, and avoid free-feeding. When in doubt, ask for advice from your trusted veterinarian.

You can feed your cane corso home-made (raw/cooked) or commercial (dried/canned) food, whichever is practical for you. However, when you choose to make its food, make sure you ask a vet what supplements it needs so nutrient deficiencies can be avoided. On the other hand, when you choose to buy commercial dog food, only purchase reliable brands with less ingredients. Stir clear from artificial flavourings and fillers.

The cane corso is generally healthy, but may develop conditions predisposed to its breed. It can suffer from bloat, thyroid problems, epilepsy, hip and elbow dysplasia, cardiomyopathy, and demodectic mange. It can also develop eye issues such as ectropion, entropian and cherry eye. It is worth noting that the corso has a high pain tolerance, so it would be difficult to know if it is sick, injured, or in any pain.

The cane corso was bred as a working dog with different jobs, so naturally, it has high exercise needs. It needs at least eighty minutes’ worth of physically  and mentally draining activities. It usually craves the outdoors and loves joining its owner in their physical undertakings. Make sure that your yard is securely fenced when you live in the city as it will try to escape.

The cost of owning a Cane Corso is not cheap because it is a large dog with plenty of needs. It is a rare breed in the UK, so you would have go on a waiting list and set aside £600–£1,200 for a well-bred Corso puppy. Insuring it will set you back £40–£100 monthly, depending on the coverage.

Necessities such as bed, lead, grooming essentials, and toys will cost £300. Food and treat costs for this big dog can be around £50 a month. Veterinary costs (routine health checks, vaccinations, deworming, etc.) can reach £1,000 annually, sans long-term treatments and surgeries. To minimize vet bills, you might want to consider getting a pet insurance. 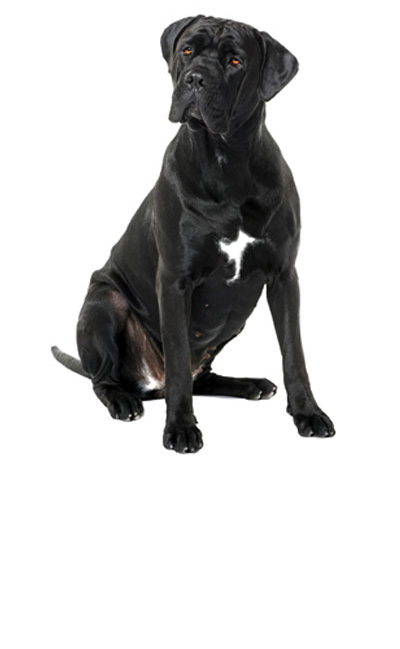 Are you sure the Cane Corso is the best breed for you? Take the Pet Breed Selector Quiz to find your perfect breed match.

Is a cane corso too much for you to handle? We can help you find the suitable breeds for you through our Pet Finder. 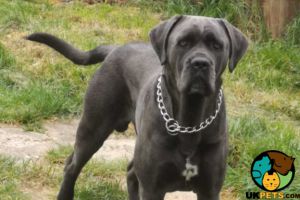 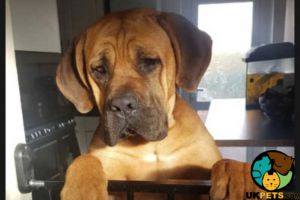 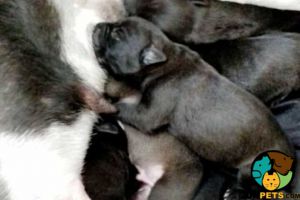