Searching for a Catahoula Leopard Dog?

Dog Catahoula Leopards are all-rounders that can help guard the house or herd livestock. They can be family pets, but keeping them with small animals and same-sex dogs should be avoided. Their high intelligence and stubbornness make them quick learners that require an experienced owner.

He was named after the Catahoula Parish in Louisiana and is considered to be the only breed to have originated from the state.

What breeds make a Catahoula Leopard Dog? The development of the breed began when Spanish explorers led by the explorer Hernando de Soto reached southeastern America in the 1500s. They bred their European Mastiffs, Bloodhounds, and Greyhounds with the Native Americans’ wolflike dogs.

The offspring of these cross-breeding were the early progenitors of the Catahoula Leopard Dogs. They were called wolf dogs by the Native Americans. After a century, cross-breeding occurred between these canines with the hounds owned by French settlers around Catahoula Lake in Northern Louisiana.

Several other dog breeds are thought to make up the Dog Leopard Catahoula. Beaucerons, Grand Bleu de Gascogne, American Pit Bull Terriers, and Coonhounds were thought to have contributed to his creation.

The breed has a unique method of herding, which involves creating a "canine fence" around the livestock. It provides the handler with easier chances of directing the herd.

Throughout the years, the Dog Catahoula Leopard’s function became more and more versatile. He was used as a watchdog, waterfowl retriever, guard dog, stock dog, and cherished canine companion.

In 1976, his name was officially changed to the Catahoula Leopard Dog when the breed was crowned the State Dog of Louisiana.

Today, the Dog Catahoula Leopard is not acknowledged by the Kennel Club in the UK. However, in 1996, he was officially recognised by the United Kennel Club as a herding breed.

Whilst he is not recognised by the American Kennel Club, the Catahoula Leopard Dog has been classified as a rare breed in the organisation's stock service.

On the other hand, the female Catahoula Leopard Dog weight ranges from 15–44 kilograms and stands around 50–60 centimetres.

The Dog Catahoula Leopard possesses striking "glass" or "crackled" eyes that come in colours of pale blue, slate grey, and white. Since the breed carries heterochromatic genes, Catahoulas with 2 different eye colours are quite common.

This rare dog breed’s coats can either be short and smooth or medium length and coarse, with the latter more common of the 2. Its coat colours can come in single variations such as black, red, yellow, and brindle.

Catahoula Leopard Dog colours can also be a mix of black, blue, and red markings on merle or "leopard"-patterned coats. The Dog Catahoula Leopard's coat often has a glossy sheen, giving it a painted appearance.

They only need brushing once or twice a week. Bathing should be done whenever Catahoula Dogs get their coat very muddy.

When grooming the Dog Catahoula Leopard, trim his nails every 3–4 weeks. Ear cleaning must be carried out once a month to prevent ear problems. Brush his teeth at least 1–2 times a day. If this is not possible, settle for weekly toothbrushing.

Should the Catahoula be added as a family dog, make sure to only have older children in the household. He tends to be too rambunctious for toddlers and may easily knock them over. Moreover, he might not respond well to the roughhousing of younger children.

However, they should be exposed to different people to improve their judgment of a person’s character or intention.

Catahoulas are reported to be dominant and territorial toward dogs of the same sex. Thus, it would be best if they are housed with opposite-sex dogs. Their high prey drive makes them incompatible with small animals like cats and rabbits.

Beware as the Catahoula Leopard Dog bite force is around 200–400 PSI. Never neglect to train and socialise the Catahoula to prevent the development of aggressive behaviours such as biting.

This inappropriate behaviour can be minimised by regularly training them. Having a reliable pet sitter is also a good idea to keep Dog Catahoula Leopards from feeling lonely whenever you are not at home.

For this reason, Dog Catahoula Leopards are unsuitable for beginners. They need an experienced hand who confidently takes on the alpha role in the pack. Training these dogs requires firmness and patience.

Avoid the use of punishments since it will cause the Catahoula Leopard Dog to rebel against you. Increase his motivation by using positive reinforcement. Reward him with praises, treats, or a fun activity for every job well done in order for him to look forward to another training session.

What to feed a Catahoula Leopard Dog? The Catahoula Leopard dog depletes his high levels of energy every day. Thus, he needs high-quality dog foodhttps://www.ukpets.com/blog/owning-a-deaf-dog/ consisting of 15–25%, which will replenish it.

His food should also have about 25–30% protein, which is crucial for skin cell development as well as building and repairing muscles.

Young Dog Catahoula Leopards need around 1,400 calories a day, whilst adults require about 1,000 calories. Senior Catahoulas should only have at least 700 calories since they are more sedentary.

Dog Catahoula Leopard puppies must be given approximately 2 2/4 cups per day. Once they become full-grown adults, feed them 4 cups of dog food daily. Divide their meals into 2 smaller portions to prevent them from scarfing down their food.

Hip Dysplasia is a skeletal condition wherein the hip joints have a deformity. Around 20% of Dog Catahoula Leopards suffer from hereditary hip dysplasia. This health issue can be treated through medications and joint supplements, surgery, or physical therapy depending on its severity.

Congenital deafness has no definitive cure, but many dogs were able to live long and happy lives despite this condition.

Catahoula Leopard Dogs are prone to developing several ocular diseases. Some of the most common are iris coloboma, persistent pupillary membranes, and retinal dysplasia. These eye problems can cause many debilitating symptoms from blind spots to vision loss.

Reputable breeders of Dog Catahoula Leopards always ensure that their breeding dogs and puppies are health-tested. They should be able to readily provide health certificates when requested.

When it comes to his exercise needs, the Catahoula Leopard Dog needs at least an hour of physical and mental stimulation. Expend his energy by playing classic games such as fetch or frisbee. Engaging him in canine sports like agility, rally, and obedience training is also a good idea.

Due to the high energy levels of this rare breed, apartment living is not ideal. The Dog Catahoula Leopard requires a home with a large back garden where he can freely run around and play. Thus, he is a better fit for a life on a farm or ranch. His active lifestyle also makes him a great companion for people who love the great outdoors.

When looking for a Catahoula Leopard Dog for sale, ask for referrals from trusted people such as the vet to find a reputable breeder. Rescue groups are great places to search for your ideal pooch too. However, expect a long waiting time since the Catahoula is a rare breed.

As the Dog Catahoula Leopard is a medium to large canine, his food expenses may range from £60–£80. Furnishing your home with basic dog supplies is a must to make your new pet feel at home. You will likely pay around £100–£400 for these necessities, including dog toys and collars.

Whilst this rare breed is quite hardy, young Catahoulas are vulnerable to many infectious diseases. They need vaccinations, which cost around £100–£150, to protect them from several canine diseases. Annual boosters will require you to spend around £50–£60.

Regular vet check-ups are crucial in keeping your Catahoula Leopard Dog healthy throughout his lifetime. Each session has a fee of approximately £30–£60. Vet care can be pricey, especially when your dog falls ill.

Be prepared for these situations by acquiring pet insurance ahead of time. A time-limited coverage will cost you around £15–20 monthly, whilst lifetime coverage has a fee of about £18–£80. 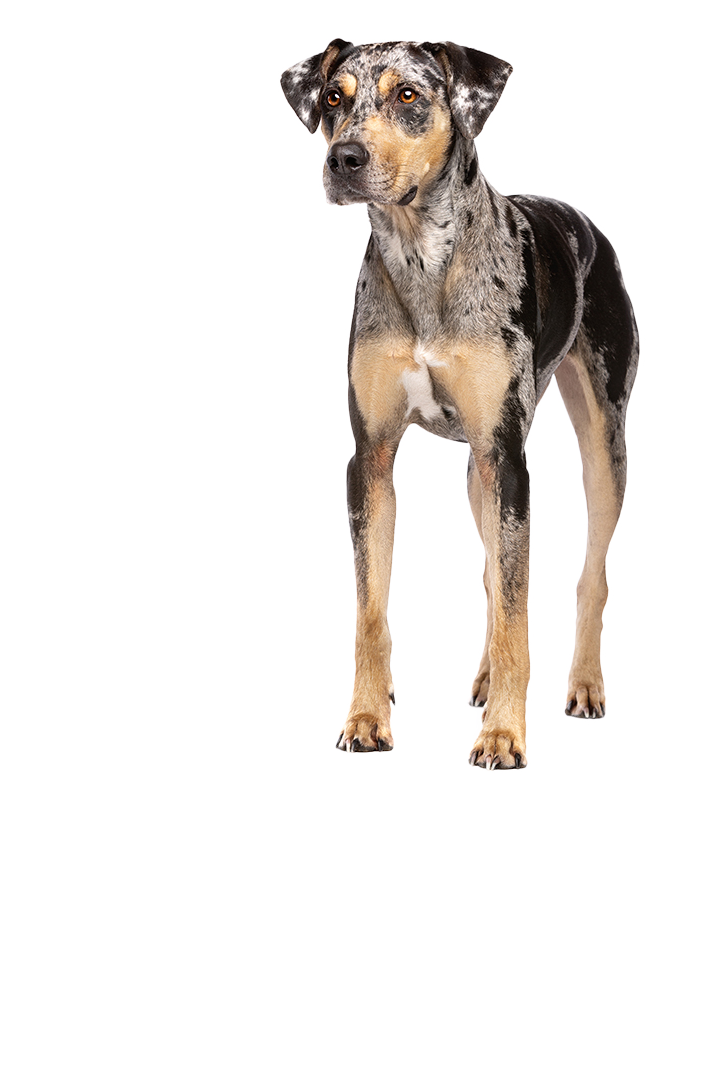 Are you sure the Catahoula Leopard Dog is the best breed for you? Take the Pet Breed Selector Quiz to find your perfect breed match.

Dog Breed Selector Quiz
Disclaimer:
The information, including measurements, prices and other estimates, on this page is provided for general reference purposes only.
Cane Corso
Catalan Sheepdog
Contents
Not the breed you're looking for? Click Here
Latest Stories 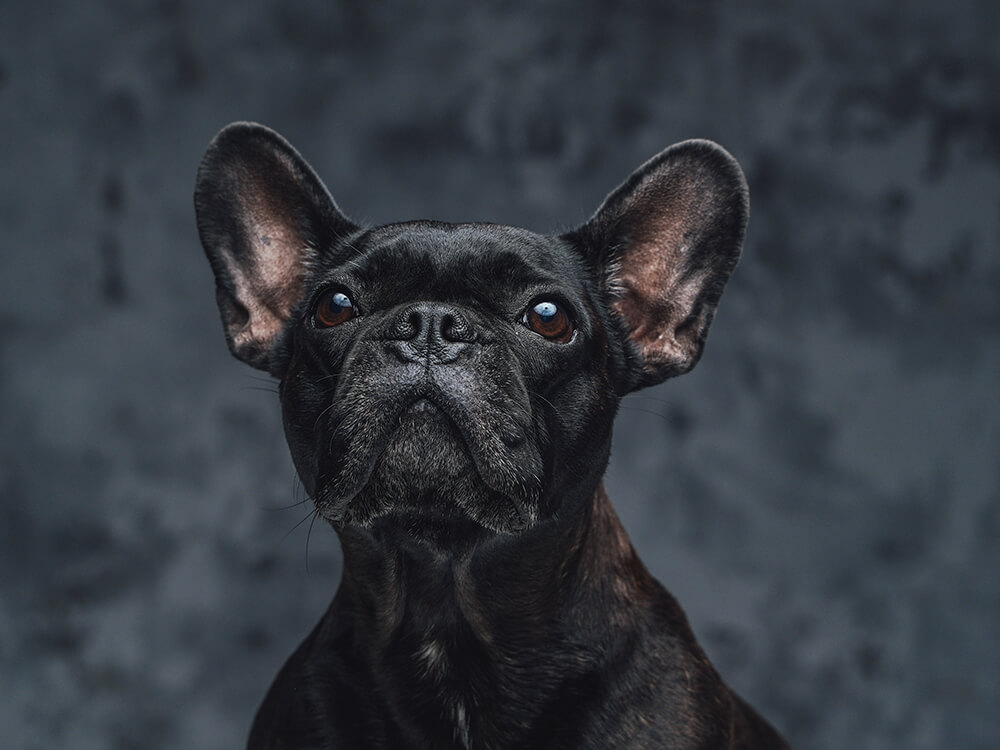 Black French Bulldogs are in high demand but hard to find. Hence, they remain a mystery to many pet owners. Know more about rare black Frenchies and … END_OF_DOCUMENT_TOKEN_TO_BE_REPLACED 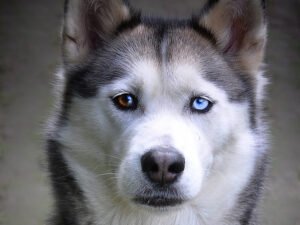