Searching for a Catalan Sheepdog?

The Catalan sheepdog originated in Catalonia, Spain, in 200 to 100 BC. It was developed as a pastoral dog and a loving companion of farmers. It is a medium dog that stands 45–55 centimetres at the withers and weighs 45–60 pounds. It is highly intelligent and trainable, and a good dog for first-time owners.

Are you thinking of getting a Catalan sheepdog? Here is a brief background of this loyal and courageous pastoral dog.

The Catalan sheepdog is an extremely ancient breed that originated in Catalonia, Spain. It is also referred as the Perro de Pastor Catalan. It is believed that its ancestors include the Italian Bergamasco brought by the Romans in 200 to 100 BC and native Catalan dogs. The breed quickly became popular in Spain for its dependable, loyal, intelligent, and courageous personality. It effortlessly guarded sheep even without instructions from farmers. When it was not on sheepdog duty, it was a devoted companion to its family. It was also used to carry messages during the Spanish Civil War.

The Catalan sheepdog almost became extinct when its numbers became extremely low after World War II. Enthusiasts prevented this from happening, but it remains as one of the rarest breeds in the world. In fact, very few puppies are registered with the Kennel Club each year. Efforts are continually made to preserve the breed and its numbers are growing slowly but surely. In 1992, the Catalan sheepdog became the official mascot of the 1992 Olympics held in Barcelona, Catalonia, Spain.

The Catalan sheepdog is a hardy, well-balanced pastoral dog with a noble expression. This medium-size breed stands 45–55 centimetres at the withers and weighs 45–60 pounds. It has a strong head and its skull is slightly longer than wide. It has a short, blunt muzzle, a strong jaw with a perfect scissor bite, and a black nose. Its eyes are dark amber to chestnut with black rims, which radiate intelligence and alertness. It has triangular ears that are set high on its head.

The Catalan sheepdog’s coat gives it an adorable appearance. The breed used to have two varieties: the long-haired and short-haired. However, the short-haired variety is virtually extinct. The Kennel Club refers to the standard coat as medium in length, which is straight or slightly wavy. It also has a fine, dense undercoat. It has a cute moustache and beard, and its body is well covered with hair such as on its legs, toes, and tail. Its eyebrows should not obscure its eyes. The accepted colours are all shades of fawn, sable and grey, as well as black with fawn or grey shadings.

Despite the length of its hair, its non-shedding coat does not require intensive grooming. It does need to be brushed at least three times a week to avoid tangles and mats. Bathing can be done as needed. It does not need to be taken to a professional groomer because keeping it tidy is manageable.

Apart from taking care of your dog’s coat, also pay attention to other grooming aspects such as tooth brushing twice a week, ear cleaning, and nail trimming. Also make sure that its skin is free from red spots and ticks or fleas.

Lively, energetic, courageous, and fun-loving are often used to describe the Catalan sheepdog. It has a well-balanced temperament when properly trained and treated well at home. It can be overprotective of its food, so this is something that needs to be corrected early. It can be aloof and wary towards people it does not know, but is not aggressive. It is an effective watchdog as it easily alerts its owners for anything suspicious.

The Catalan sheepdog can be a good dog for first-time owners because it is kind, easy-going, and intelligent. Being highly trainable, paired with its willingness to learn, makes training easy. Establish your alpha role in the pack early on and it will accept guidance and direction. The breed is a great family dog because it is not only calm and loyal, but it also loves children of all ages. It also gets along with other pets especially when raised together. This adaptable dog still has strong herding, guarding, and protective instincts.

Predisposed breed characteristics aren’t always true in all puppies because the environment plays a huge role in character-building. Socialisation and training are essential in raising well-rounded dogs.

A typical serving for an adult Catalan sheepdog is 1.5 to 2.5 cups of excellent-quality dry dog food per day. The amount of food and frequency of feeding depend on its age, size, build, activity level, and metabolism.

Typical calorie needs of an adult Catalan sheepdog per day:

As an owner, you always want the best for your beloved pet. If you are unsure of what to feed your dog and how much, you can always ask a trusted vet during a check-up. Essentially, all dogs need high-quality animal meat and less carbs. This is especially true for active dogs like the Catalan sheepdog. Protein from chicken, beef, and lamb help build strong, lean muscles. To maintain its beautiful coat, always include omega-3 and omega-6 supplements.

The Catalan sheepdog is generally healthy, but can be prone to certain health conditions. This includes dental problems, hip dysplasia, patellar luxation, and epilepsy. It is also predisposed to eye issues such as progressive retinal atrophy and glaucoma. Make sure to check with your veterinarian if you find something that is not normal in your Catalan sheepdog.

The Catalan sheepdog is a calm breed, but it has a high energy and needs plenty of daily exercise and mental stimulation. This athletic dog needs about an hour of vigorous exercise to be truly happy. A short walk in the morning and more challenging activities like games at a fenced yard and agility training will be a good exercise regimen.

The cost of a well-bred, Kennel Club registered Catalan Sheepdog pedigree puppy does not go below £1,000. With a low number of Catalan sheepdogs in the UK, you have to go on a waiting list before you can get your hands on one. Insuring this pooch will cost you between £20 for a time-limited cover and £40 for a lifetime one. These prices can go higher depending on the pet insurance premium.

Basic necessities and equipment for it to be comfortable will initially cost £200. When it comes to food and treats, monthly cost is roughly £50 a month. Medical expenses, including neutering/spaying, routine health checks, yearly vaccination and deworming, and others,  can cost as much as £1,000 annually. This cost does not include unexpected treatments in case of illness or accidents. 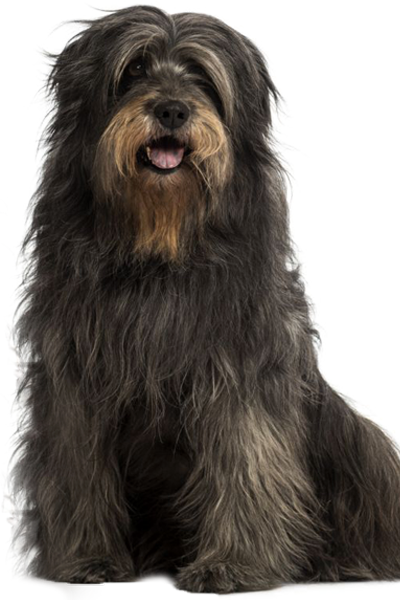 Are you sure the Catalan Sheepdog is the best breed for you? Take the Pet Breed Selector Quiz to find your perfect breed match.

Want to check out the breed profile of other dogs that might match your personality? Try using our Pet Finder.

Disclaimer:
The information, including measurements, prices and other estimates, on this page is provided for general reference purposes only.
Catahoula Leopard Dog
Caucasian Shepherd Dog
Contents
Not the breed you're looking for? Click Here
Latest Stories

There is a dispute about the puppy training pads’ effectiveness in potty training. Some attest that they helped pups move forward in training, whilst … END_OF_DOCUMENT_TOKEN_TO_BE_REPLACED