Thinking of buying or adopting a Caucasian Shepherd Dog?

The Caucasian shepherd dog is one of the oldest-living Molosser breeds. It is a pastoral dog that effectively guarded sheep from wild predators like wolves and bears. The Caucasian shepherd weighs 99–220 pounds, with males significantly heavier and taller than females. It is gentle and loving toward its family, but suspicious of strangers.

Are you thinking of getting a Caucasian shepherd dog? Here is a brief background of this gigantic, courageous dog.

The Caucasian shepherd dog’s origin is unknown and it is believed to be one of the oldest living Molosser breeds that came from the Caucasus Mountains. Some experts say that the breed came from Mesopotamia, whilst others argue that it originated in Tibet and was brought to Caucasus. This breed assisted shepherds as guardians that defended flocks of sheep from wolves, bears, and other predators.

Are Caucasian Shepherd Dogs on the Kennel Cub Register?

There are varying types of Caucasian dogs per home region and one of the most favoured is the Caucasian shepherd dog. The show type called the Caucasian Ovcharka was developed during the 1900s. Although the breed has been recognised by major kennel organisations like the American Kennel Club and United Kennel Club, it is still not registered with the Kennel Club here in the UK.

The handsome and robust Caucasian shepherd dog is a strongly boned and well-muscled giant breed, which characteristics have made it an effective pastoral dog. Males are a lot taller and heavier than females, standing 65–75 and 70– 90 centimetres and weighing 99–176, and 121–220 pounds for females and males respectively.

The Caucasian shepherd has a very large, broad head with a slightly defined stop, with the female having a faintly more refined shape. It has a short neck, powerful muzzle that narrows gently to the nose, and strong jaws with a perfect scissor bite. Its eyes are medium-sized, brown, and oval, whilst its ears are triangular and set high. Its body is nicely proportioned to its head.

The Caucasian shepherd boasts of a beautiful double coat composed of a long and coarse outercoat paired with a thick, dense, and soft undercoat. It has a short and smooth hair on the forehead, muzzle, and front legs, as well as longer hair on its cheeks and the back of its head that stands away from the body, giving it a bearlike appearance. It generally has a darker mask on its mask.

To ensure the physical health of your Caucasian shepherd, ensure that you also take care of its teeth, nails, and ears. If these areas are overlooked, your pet may be prone to infections, which can lead to serious medical conditions. Its skin should also be checked for abnormal spots and fleas.

The Caucasian shepherd dog is a gentle, loyal, and loving breed to its family. It always wants to be included in family activities, may it be just lazing around the house or doing something interesting outside. It is placid toward the children of the family, but all interactions should be supervised so no one accidentally gets hurt. When not properly socialised, it tends to be suspicious of new people and animals. It gets overprotective of the kids, so you have to keep an eye as it may mistakenly judge harmless play between other children and dogs. This breed will do well in a family with more mature children.

The Caucasian shepherd dog is very intelligent and could easily learn new things. It is specifically proficient in tracking, thanks to its keen senses. However, having been raised as a protector of flocks, it is courageous, confident, and strong-willed. For this reason, proper training is very important to prevent unmanageable and unruly tendencies, which can be difficult for novice dog owners as they may find this breed overwhelming. It needs a consistent handler that has an experience in raising large guard dogs and can take on the alpha role. It responds well to positive reinforcements and tends to feel bad when corrected harshly.

The Caucasian shepherd, like other dog breeds, has certain predisposed characteristics. However, this does not necessarily mean that sit will acquire them all. The overall character of your dog is also influenced by genetics, environment, socialisation, and training.

A typical serving for a Caucasian shepherd dog adult is four to six cups of excellent-quality dry dog food per day. However, like in every breed, the amount of food depends on its age, size, activity level, physical condition, and metabolism. Since giant dogs are prone to bloat, divide its food into two or three meals. Your Caucasian shepherd should not be fed before or after a rigorous physical activity.

It is important to feed your Caucasian shepherd high-quality dog food specifically formulated for large/giant breeds. As an active dog with high energy needs, it requires more protein from animal meat than carbohydrates. Since large a puppy experiences growth spurts, its diet should support healthy bone and joint development.

The average lifespan of a properly-cared-for Caucasian shepherd dog is ten to twelve years. This breed is generally healthy but prone to hereditary health conditions like bloat, obesity, hip dysplasia and elbow dysplasia, and luxating patella.

With regard to its exercise needs, the Caucasian shepherd should have at least sixty to eighty minutes a day of physical and mental stimulation. This active breed will enjoy playing interactive games with you such as retrieving, chasing balls, and others. It will gladly take a hike with you as well. Just make sure that it is securely leashed because its guarding instinct might get the best of this breed.

How much does a Caucasian Shepherd Dog cost?

If you are considering buying a Caucasian Shepherd puppy, the cost is between £700-1000 for a well-bred puppy.

Where to get a Caucasian shepherd dog?

It’s important to get buy or adopt a Caucasian shepherd from a reputable breeder or organisation to ensure that you are getting a dog that’s happy and healthy.

You would also need to set aside £60 per month for high-quality food. Additionally, you have to purchase pet insurance to have a safety net when your dog becomes ill or gets into an accident. Basic coverage is around £20 and £40 for a lifetime premium. You also have to factor in costs for veterinary consultations, which include vaccinations and worm/flea treatments, which will be around £1,000 a year.

Other initial costs to consider are basic equipment and supplies like a bed, lead, collar, bowls, toys, and others, which will set you back £250. It is up to you if you will take your Caucasian shepherd to a professional groomer or take care of its coat yourself. A rough monthly estimate in raising this giant dog is £80–£110, depending on the type of insurance you select. 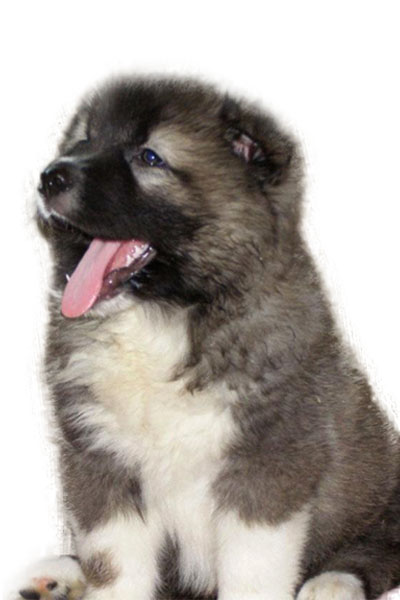 Are you sure the Caucasian Shepherd Dog is the best breed for you? Take the Pet Breed Selector Quiz to find your perfect breed match.

Having doubts if you can handle a giant Caucasian shepherd dog? Take our Pet Finder to help you choose the best breed for you.

Disclaimer:
The information, including measurements, prices and other estimates, on this page is provided for general reference purposes only.
Catalan Sheepdog
Cavachon
Contents
Not the breed you're looking for? Click Here
Latest Stories 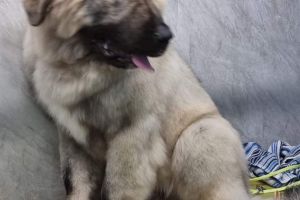 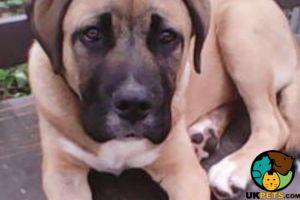