Looking for a Chorkie?

The Chorkie is a designer breed that was developed in the 1990s. It is a cross between two purebreds namely the Chihuahua and Yorkshire terrier. Although its adult size is difficult to predict, it stands 15–22 centimetres and weighs 7–10 pounds. It has gained popularity because of its gentle, friendly, and affectionate nature.

Are you ready to welcome a Chorkie into your home? Here is a brief background of this cute and sweet designer dog.

Tracing the first recorded Chorkie can be difficult, but it is believed that the cross between the two purebreds, the Yorkshire terrier and the Chihuahua, was initially developed in the 1990s. The designer breed quickly became popular around the world because of its cute appearance and affectionate nature.

Despite its popularity, the Chorkie still has not gained a pedigree purebred status and is not recognised by any breed registries, including the Kennel Club. However, there are various breed clubs in the UK and other countries to ensure that breeding is done responsibly.

Like other cross-breeds, the Chorkie’s coat, colour, size, weight, and overall appearance are difficult to predict. In fact, it is natural for puppies of the same litter to look very different. Some will be tall and long-legged, whilst others would be shorter and solid. Generally, the Chorkie will have an athletic look, which is a common trait of the Chihuahua and the Yorkie. It stands 15–22 centimetres and weighs 7–10 pounds.

The coat of the Chorkie, which is usually low-shedding, can be long or short and straight or fluffy, depending on which parent breed it inherits it from; it can also be a combination. The common colours are black, grey, white, brown, dark brown, chocolate, merle, red, tan, or a combination of these colours.

Grooming a Chorkie is a breeze as it usually requires regular brushing to remove mats and tangles. It does not need frequent baths and its coat is kept in its natural state. It is important to brush its teeth three times a week since small dogs are prone to dental problems. Dental chews will also be a fun way to remove tartar build-up. The Chorkie’s ears should also be cleaned to avoid wax build-up and infections. To complete its grooming routine, trim its nails and inspect its skin for abnormal bumps and parasites.

Most owners would want a dog with a gentle, happy, and endearing personality. These traits are what make a Chorkie a top choice even though it lacks the pedigree papers. This designer breed loves human companionship, making it a great pet even for first-time owners and older people. However, the strong bond it develops with its owners comes with a price, which is separation anxiety. This breed cannot tolerate being left alone, so there must be at least one person who will always stay at home to accompany it.

Whilst it loves being with children of any age, it is a better choice for families with older kids who know how to handle small pets. A well-socialised Chorkie is friendly and affectionate even to unfamiliar people, making it an awful guard dog. It generally does well with other pets especially those it has grown up with. However, its terrier blood may lure it to chase other animals. The Chorkie often forgets how small it is, so it is important to keep an eye on it when interacting with other animals.

The Chorkie is a smart dog, which is also a people-pleaser. This combination makes it highly trainable. To be able to raise a well-rounded Chorkie, early training and socialisation are important. Whilst it is tempting to allow it to get away with seemingly harmless things, owners need to be firm and consistent. The last thing you want is having a difficult home life because of a pet with a ‘small dog syndrome.’ The breed responds well to a lot of praises and treats and not-too-harsh training methods.

A typical serving for an adult Chorkie is 1/4–1/2 cup of excellent-quality dry dog food per day. As a tiny dog, it can easily put on weight, so you have measure its food and avoid free-feeding.

Typical calorie needs of an adult Chorkie per day:

The type of food you give your dog, whether home-made or commercial, will be up to you. If you choose the former, make sure to use fresh ingredients and provide supplements to avoid the chances of nutrient deficiencies. For commercial dog food, choose one with limited ingredients, specifically formulated for small dogs.

A first-generation Chorkie is a healthy dog and may live up to fifteen years when properly cared for. However, it is worth knowing the predisposed health conditions its parent breeds are prone to. These are eye infections, ear problems, dental issues, patellar luxation, epilepsy, hydrocephalus, hypoglycaemia, chiari malformation syringomyelia, collapsed trachea, Legg-Calve-Perthes disease, and portosystemic shunt.

The Chorkie has low exercise needs, and thirty minutes’ worth of physical exercise and mental stimulation will be enough for this clever dog. A short walk and interactive games in a fenced yard will be a perfect combination.

If you are considering buying a well-bred Chorkie puppy, be prepared to spend between £300 and £600. Insurance for this cross-breed will be around £20 monthly for basic coverage and £40 for a lifetime policy. The actual price may vary because your dog’s health and age as well as where you live need to be taken into account in determining the premium.

Basic equipment for the dog to be comfortable in your house will initially cost around £200. Monthly costs for food, treats, and supplements will be around £30, whilst yearly veterinary expenses can set you back £500, which will include vaccination, worm and flea treatments, and regular consultations.

Expect to spend at least £70–£120 a month to care for a Chorkie, depending on the pet insurance coverage you select. 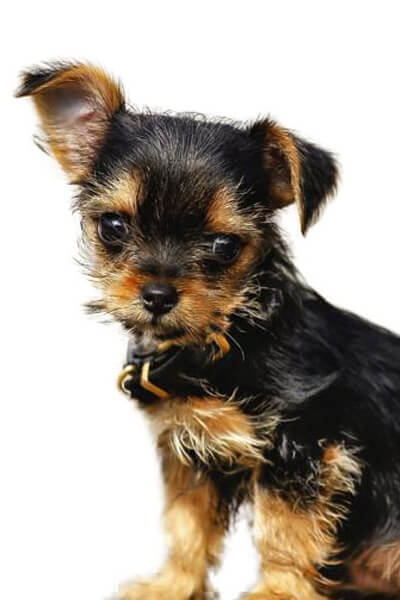 Are you sure the Chorkie is the best breed for you? Take the Pet Breed Selector Quiz to find your perfect breed match.

Are you unsure if you want to get a Chorkie? Take our Pet Finder to know the best breeds that go well with your personality and lifestyle.

Disclaimer:
The information, including measurements, prices and other estimates, on this page is provided for general reference purposes only.
Chinese Crested
Chow Chow
Contents
Not the breed you're looking for? Click Here
Latest Stories

There is a dispute about the puppy training pads’ effectiveness in potty training. Some attest that they helped pups move forward in training, whilst … END_OF_DOCUMENT_TOKEN_TO_BE_REPLACED 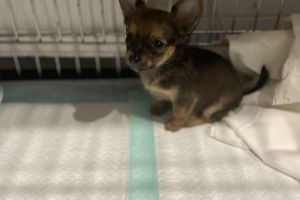 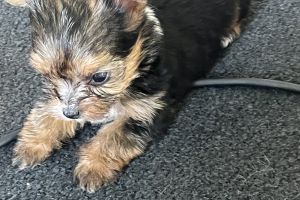 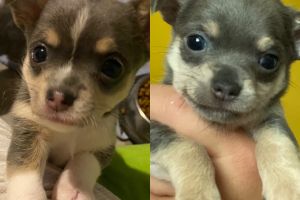