Looking for a Clumber Spaniel?

The Clumber spaniel is the largest of the spaniel breed, which weighs 55–85 pounds and stands 43–51 centimetres at the withers. It was originally bred as a gun dog, utilised to find and retrieve game birds. Today, the Clumber can be seen competing in tracking, obedience, and other canine sports. The Clumber spaniel lives up to fifteen years if given the proper care. This dog breed is playful, intelligent, and charming.

Are you looking to own a Clumber spaniel? Here is a brief background of this large spaniel dog breed.

The Clumber spaniel breed dates back to the latter part of the sixteenth century during the French Revolution of 1789. Stories told that during the revolution, a French duke (Duc de Noailles) saved the breed by sending the dogs to the duke's Clumber Park Estate, where the breed acquired its name. Since then, the Clumber spaniel has been kept and bred by British Royalty, including Prince Albert, King Edward VII, and King George V. The breed is officially recognised by the Kennel Club UK.

In 1844, a British officer brought the breed to North America via Halifax, Nova Scotia, where it was later recognised as one of the first nine breeds the American Kennel Club registered in 1878. Today, the Clumber spaniel ranks 121st amongst the 155 dog breeds registered in the AKC.

The Clumber spaniel is the largest amongst the spaniel breeds standing 43–51 centimetres at the withers and weighing 55–85 pounds. It resembles the Sussex spaniel when it comes to its shape. However, the Clumber is heavy-boned with a massive melting head. It has soulful eyes with a dopey expression, distinguished deep stop, square nose, and large vine-like ears.

This dog breed has a body that is rectangular in proportion (longer than its height). Since it has short legs, it tends to slightly roll whilst walking but with an easy-going pace. The Clumber spaniel has a silky coat that lies flat to its body. The ears, legs, and chest are moderately feathered whilst sporting a frill around the neck.

The Clumber’s coat comes in two colour types: a plain white body with either a lemon or orange markings. The breed is an average shedder, but there are some days when it will shed heavily. To keep loose hair to a minimum, daily brushing is required. Bathing can be done when necessary, especially if the coat already holds a significant amount of dirt.

Whilst grooming, don't forget to check its skin for sores or signs of infection, such as redness and tenderness. Preventive measures must also be taken to ensure that a Clumber does not develop ear infections. Gently wipe the ear with moistened cotton ball using a vet-recommended solution. Also, take good care of its teeth by brushing it twice or thrice a week to remove tartar and prevent gum disease and bad breath.

The Clumber spaniel is friendly, sweet, fun-loving, and affectionate. It forms strong bonds with the family, but it is aloof and dignified around strangers. This dog breed is prone to carry things almost all the time due to its trophy mentality. The Clumber is an intelligent spaniel breed, thus it is easy to train. It is also known to be extremely good with children and other pets.

The Clumber spaniel is well-suited to a household where one family member stays at home. This spaniel breed often suffers from separation anxiety when left alone for long periods of time. When this happens, it becomes destructive at home. Not to be mistaken as stubbornness, the Clumber is independent with the tendency to investigate a scent above all else. It is critical to establish yourself as the leader of the pack early on, so it will respect your authority. Early socialisation is crucial whilst young to curb negative behaviours such as digging, chewing, fridge-raiding, and rummaging through trash.

A typical serving for an adult Clumber spaniel is 2–2.5 cups of excellent-quality dry dog food per day. Be reminded that the amount of food you give will depend on its age, size, build, metabolism, and activity level. Dog owners need to know the basic nutritional needs of a Clumber spaniel considering its characteristics. When in doubt, consult with a veterinarian.

The following is the typical calorie needs of an adult Clumber spaniel per day:

Make sure to provide your Clumber spaniel with a balanced diet composed of protein and fibre. Protein sources can come from beef, chicken, turkey, salmon, and eggs. Omega-3 fatty acids are also good for its coat. Avoid free-feeding your Clumber, so it doesn’t quickly gain excess weight.

The average lifespan of a Clumber spaniel is nine to fifteen years. Despite being a healthy dog breed, the Clumber is predisposed to eye problems such as entropion and ectropion, disk problems, hip dysplasia, and allergies.

Clumber spaniel is not a high-energy dog and will be fine with a thirty-minute walk. The breed will also enjoy playing fetch. Be careful not to over-exercise a young Clumber. Its bones are still developing and excessive pressure may pose future health problems.

The cost to buy a well-bred Clumber Spaniel pedigree puppy may be anywhere from £600 to £850. The price is based on several factors such as breeder's reputation and location, the puppy's lineage, breed popularity, training, and socialisation efforts it received Feeding your dog high quality food suitable for each stage of its life can cost about £40–£60 monthly.

Another expense to consider is the routine veterinary consultations, vaccinations, neutering and spaying, which can all add up to £1000 annually. This can be partly set off if you purchase a pet insurance, which can range from £25-£30 monthly premium for basic coverage and £55-£65 a month for lifetime coverage. The price for insurance policies varies depending on your location and your dog’s health and age.

Roughly, you will be shelling out about £90–£140 a month for caring and raising a Clumber Spaniel. However, this estimate largely depends on the type of pet insurance you opt for provided that the insurance covers sudden illnesses. 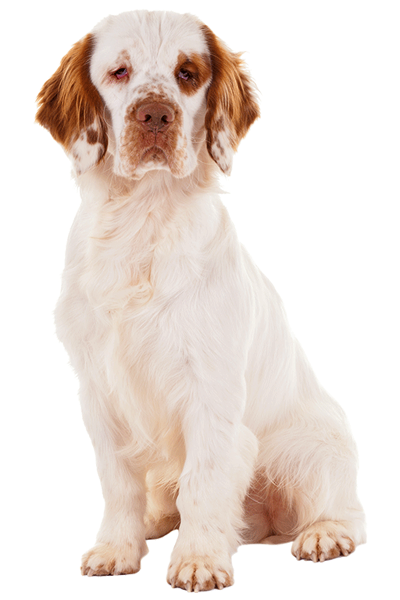 Are you sure the Clumber Spaniel is the best breed for you? Take the Pet Breed Selector Quiz to find your perfect breed match.

Are you sure you want a Clumber spaniel? If you're having doubts, check out our Pet Finder for other breeds tailored to your lifestyle.

Disclaimer:
The information, including measurements, prices and other estimates, on this page is provided for general reference purposes only.
Cirneco Dell’Etna
Cockapoo
Contents
Not the breed you're looking for? Click Here
Latest Stories

There is a dispute about the puppy training pads’ effectiveness in potty training. Some attest that they helped pups move forward in training, whilst … END_OF_DOCUMENT_TOKEN_TO_BE_REPLACED 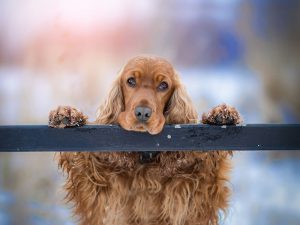 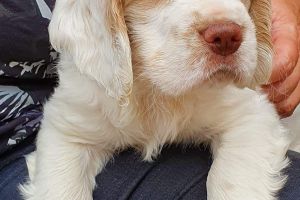 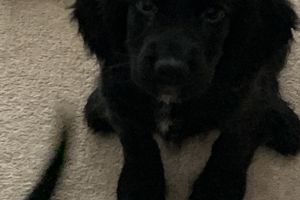 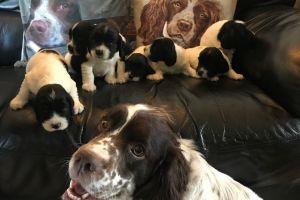