Looking for a Cockapoo?

The Cockapoo was first bred in the 1950s to acquire the positive disposition of the Cocker Spaniel and the low-shedding characteristic of the Poodle. Other names the breed is known to go by are Spoodle, Cock-a-poo, and Cockerdoodle.

A Cocker Spaniel–Poodle cross-breed’s size and coat appearance will depend on what the parent breeds look like, unlike other specific breeds that have a breed standard. The happy and gentle personality of the breed makes him a great companion dog.

Are you considering getting a Cockapoo dog as a pet? Here is a brief background of this loving and intelligent mixed-breed dog.

Cockapoo is one of the most popular mixed-breed dogs in the UK and the US. It is believed that the first breeding between a Cocker Spaniel and Poodle was accidental, but the outcome produced a low-shedding, even-tempered dog.

Today, the breed can be produced by crossing an English Cocker Spaniel or American Cocker Spaniel with a Standard Poodle, Miniature Poodle, or Toy Poodle.

The Cockerdoodle breed became popular as people loved this cute family pet that is intelligent, loving, and virtually odourless. Up to this day, he is still considered a hybrid and not a fully-fledged dog breed.

There are dividing philosophies amongst Cockerdoodle breeders whether multigeneration crossing or basic Cocker/Poodle cross-breeding should be used. In fact, purebred dog breed associations such as the Kennel Club still have not officially recognised this breed.

How big do Cockapoos get?

Since breed standards have not been set by breeders, enthusiasts, and clubs, the appearance of the Spoodle greatly varies. The size and weight will depend on the type of parents used to create the offspring, so the crossing could result in the following sizes: Regular, Toy, or Miniature Cockapoos.

The Cockapoo’s sizes range from 25 to 38 centimetres in height and 5 to 11 kilograms in weight. The coat also differs from one dog to another in terms of length, thickness, or whether he has straight or curly coat. Like most hybrid dogs, the offspring tends to be somewhere in between.

Cockapoos often come with ‘F’ designations such as F1 and F2. It determines the exact crossing used to produce them. Knowing what the designations mean allows you to understand the ancestry of your Spoodle. Below is an overview of the different generations:

If a Cockerdoodle has a generational gap between his parents, he will have the middle ‘F designation. For instance, cross-breeding an F1 and an F3 yields an F2.

On the other hand, if there is no generation gap between the parent breeds, the highest number is used for the offspring’s ‘F’ designation. So, mating an F1 with F2 results in an F2.

The Cockerdoodle inherited the odourless and hypoallergenic coat of the Poodle. He has also taken on various colour combinations seen in the Cocker Spaniel and Poodle, such as white, black, tan, red, brown, and brindle.

The Cockapoo is a moderate shedder, and requires minimal grooming, his hair is typically kept in its natural state.

Cockapoo does not require regular trips to the groomers, unlike his parent breed Poodle. All he needs is daily brushing to avoid matting. He can be bathed once every few months or as needed. Some choose to have the coat clipped, but it should only be trimmed a few inches around the eyes.

The Cockerdoodle dog is known for his sweet, happy, and gentle personality. A multigeneration crossing offspring usually takes the sweet disposition of the Cocker Spaniel and the intelligence of the Poodle.

Cockerdoodle is a people-oriented dog that thrives in the presence of his family. He can suffer from separation anxiety when left alone for long periods.

Although an adaptable designer dog, the Cockapoo should live inside the house since he was bred as a companion dog.

The Cockerdoodle dog can be active, but also enjoys lazing around with his owners. He gets along with humans and other pets. He generally loves children but would thrive with older kids who know how to handle dogs.

The Cockapoo breed is generally smart and eager to please, making him easy to train. He excels as a service or support dog because of his intellect and temperament. He can easily retain the lessons learned.

Although each breed may have a certain predisposition on temperament and intelligence, one must remember that a unique personality can also be exhibited.

Many factors play significant roles in shaping a dog's character and skills. These factors include the dog's living environment and training.

Give your Cockapoo dog the love and patience that he deserves, and you will be guaranteed to get a loyal, well-balanced canine companion in return.

As a guide, a typical food serving size for an adult Cockapoo is a ¼ to ¾ cup of high-quality dry dog food per day. The exact feeding quantity depends on the dog's age, size, build, activity level, and metabolism.

An adult Cockapoo has the following daily calorie need:

The Cockerdoodle needs a high-quality diet comprising of wholefoods. Try to avoid dog-food brands with low-grade fillers and by-products.

Since this Poodle cross-breed is prone to eye problems, he could benefit from adding carrots, blueberries, eggs, and kale in his diet.

To help your Spoodle avoid joint problems and to maintain a healthy coat, try to include food and supplements that are high in omega-3 fatty acids in his diet. Just remember that the additional treats should not exceed 10% of his total daily diet.

How long do Cockapoos live? And what problems do cockapoos have?

As a small dog breed with a long lifespan, on average, the Cockapoo can live up to 14–18 years. He is generally a healthy breed, but he can be predisposed to certain health problems of his parent breeds. These include:

The Spoodle has a moderate energy level and requires sixty minutes of exercise daily. This could be in the form of short walks or games in the garden. As an agile dog, he will also enjoy a good swimming session and regular training sessions.

How much is a Cockapoo?

If your heart is set on getting a well-bred Cockapoo puppy, be ready to spend £600 to £1500 or more if he is from a reputable breeder.

The initial essentials that Cockapoo owners need when welcoming the Cockapoo puppy home include a dog bed, crate, lead, collar, bowls, toys, puppy pads, and grooming accessories, which could amount to £150–£200

For a Cockapoo, paying for pet insurance can cost around £20 a month for time-limited or basic cover, to £30–£40 a month for a lifetime cover. The price can vary depending on your Cockapoo dog's health and age, your location, and the exact insurance package.

Other outgoings when owning a Spoodle include food and treats, which could set you back to £30–£40 a month. You also need to factor in the veterinary bills for up-to-date vaccinations, neutering or spaying, and routine checks.

On average, caring for a Spoodle could cost £60–£100 a month depending on his susceptibility to illnesses and the type of insurance policy you opt for. You could also spend more if you pay for grooming, dog walks, or doggy day-care. 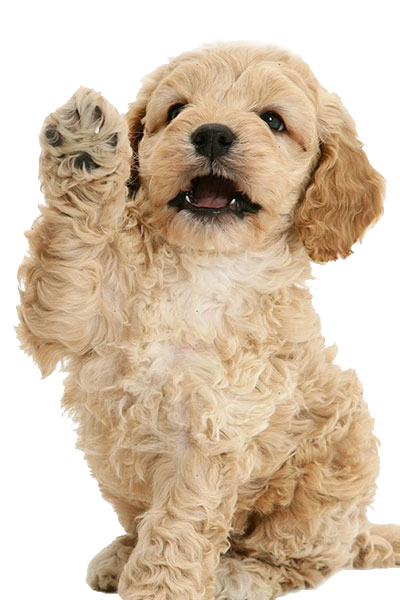 Are you sure the Cockapoo is the best breed for you? Take the Pet Breed Selector Quiz to find your perfect breed match.

If you are still unsure of this cross-breed, you may like to take our Pet Finder to help you figure out the best breeds for you.

Disclaimer:
The information, including measurements, prices and other estimates, on this page is provided for general reference purposes only.
Clumber Spaniel
Cocker Spaniel
Contents
Not the breed you're looking for? Click Here
Latest Stories

There is a dispute about the puppy training pads’ effectiveness in potty training. Some attest that they helped pups move forward in training, whilst … END_OF_DOCUMENT_TOKEN_TO_BE_REPLACED 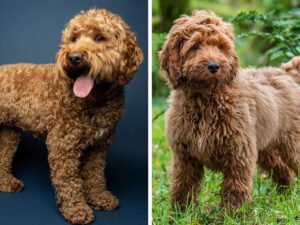 More and more dog lovers want poodle mixes as family pets. They are sought after for their high intelligence, sweet temperament, and hypoallergenic coat. Two of the popular choices are the cockapoo and cavapoo. These designer dogs are created by crossing a purebred poodle and another purebred dog breed. #poodlemix 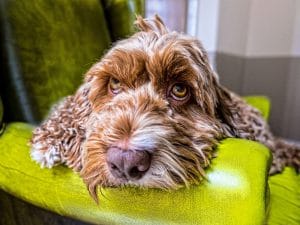 As a mixed breed of the poodle and the cocker spaniel, the cockapoo gets the best of both worlds. He has inherited their playful and lively temperament and charming looks. 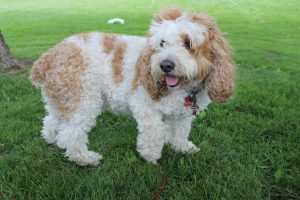 The cockapoo ranked 2nd in Britain's top 100 dog breeds last 2019, making him one of the most famous breeds all over the UK. No wonder he is highly sought-after by countless dog lovers. If you are considering on welcoming him into your home, you may be speculating how much is a cockapoo. Read on to find out. 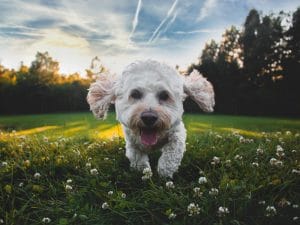 A dog’s size plays a big factor when dog owners search for the right canine companion. Of course, you would want a pooch that fits right in your lifestyle and your home. If you have your eyes set on getting a cockapoo, you may be curious on how big he gets and when he will stop growing. Know the answers to your questions by reading on. 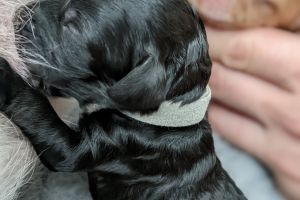 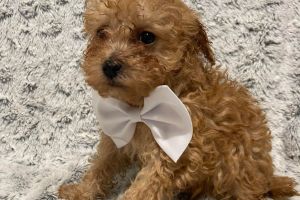 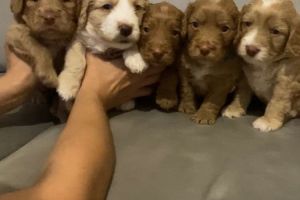 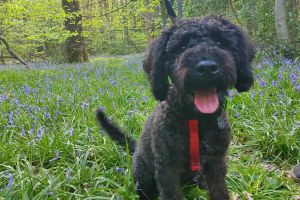