Thinking of buying or adopting an Entlebucher Mountain Dog?

The Entlebucher mountain dog is believed to have descended from large Molossers brought by the Romans in the first century BC to Switzerland. It is amongst the Swiss mountain dog breeds that are also known as Sennenhund breeds, albeit smaller, weighing 45–65 pounds, and standing at 42–48 centimetres at the withers. The Entlebucher mountain dog was bred as a herding dog and is known for its agility, balance, and determination. As a family pet, this breed is loyal, smart, and confident, but rarely aggressive.

Do you think the Entlebucher mountain dog will fit right into your lifestyle? To help you decide, here is a brief background of this intelligent Swiss dog.

Like the other Swiss dogs, the Entlebucher mountain dog is believed to have descended from the large ancient Mollosers that the Romans brought to Switzerland in the first century BC when they crossed the Alps. At that time, there was little distinction between the Appenzeller and the Entlebucher, until the latter was defined as a separate breed in 1889.

In 1913, Albert Heim advocated to increase the population of the Sennenhund breeds, and the dog breeds were entered into the Swiss Kennel Club book, including the Entlebucher. However, when World War I broke out, the Entlebucher and other Swiss dog breeds dwindled in numbers. It was not until 1926 that sixteen Sennenhund dogs were found and the breed was slowly restored. However, until this day, Entlebucher dog breeds are still rare in the UK.

The Entlebucher mountain dog is the smaller amongst the Swiss mountain dog breeds, weighing 45–65 pounds and standing 42–48 centimetres at the withers. This breed has a compact body that is well-muscled, which makes it an ideal herding dog. Its wedge-shaped head is nicely proportioned to its body. It also has a strong, flat skull that is almost parallel to the muzzle, a slight furrow, and a stop. The Entlebucher has long jaws that are well-formed and powerful. Its eyes are alert, round in shape, moderately large, and can be anything from hazel to dark brown with nice black rims.

The Entlebucher has a short, smooth, shiny, close-fitting coat, which is black with symmetrical markings of pure white and tan on the face, muzzle, chest, and feet. On the eyebrows, one can see shades of rich fawn to mahogany. This breed is low-maintenance and requires less grooming. It only needs a good brushing once every few weeks to keep its coat tidy and shiny. There is moderate shedding, but it may increase a bit during spring and autumn. Nevertheless, the Entlebucher only needs occasional baths or when it's needed.

Apart from the caring for its coat, the Entlebucher’s fast-growing nails must be regularly trimmed to avoid overgrowth and splitting. Its ears should also be checked to avoid too much wax build-up, which could lead to infection. Oral care should not be dismissed as its neglect will cause gum disease and other dental issues.

Steady, good-natured, loyal, and protective, the agile Entlebucher mountain dog is a people-pleaser and desires to form strong bonds with its owners. Its devoted personality and intelligence make it a biddable breed that is easy to train. As a working dog bred to herd cattle, the Entlebucher needs to be kept busy. Without the required physical and mental stimulation, this breed is quick to become bored, resulting in bad habits and negative behaviour.

The Entlebucher is not ideal for first-time owners since the breed needs to be trained and given enough attention by someone who is familiar with handling active and smart working dogs. As mentioned, the Entlebucher tends to form strong bonds with its family, thus, it is prone to suffer from separation anxiety if left alone for long periods of time.

When it comes to getting along with children in the household, the Entlebucher is  known to be a friendly dog that enjoys any interactive games. However, it is essential to make sure that any interaction is supervised to avoid accidents, especially when playtime gets a bit boisterous and rough. As for other pets, the Entlebucher mountain dog can get on well with cats and other dogs if it was raised alongside them. It is important that any breed has early socialisation and training, so it can be a well-rounded dog.

A typical serving for an adult Entlebucher mountain dog is four to five cups of high-quality, premium, dry dog food spread over two meals. There are dog formulas specially formulated for dogs of all sizes. However, it is best to consult with a veterinarian regarding its nutritional requirement and feeding schedule.

To give you an idea, the following are the typical calorie needs of a 55-pound adult Entlebucher mountain dog per day:

The Entlebucher’s diet must include a balance of protein and fat, which must meet its calorie need. Real meat is ideal, such as lamb, beef, venison, and chicken. Also include fruits and vegetables as these are good sources of omega-3 and omega-6 fatty acids, which will keep its coat and skin healthy.

Diet and nutrition are important to ensure your dog's long-term health and for an Entlebucher to live up to its lifespan of fifteen years. However, sometimes some breed-specific hereditary health conditions get in the way. Here are a few genetic health issues that you should look out for: hip dysplasia, progressive retinal atrophy, heart murmurs, haemolytic anaemia, and ectopic ureter.

To keep it healthy and happy, the Entlebucher needs adequate exercise on top of a balanced diet. This dog breed is an active working dog that is highly energetic, thus it must be given at least sixty minutes of daily exercise. The Entlebucher would love nothing more than to be outdoors, so it is ideal for people who have an outdoorsy lifestyle. However, make sure that when your Entlebucher is out and about, it is always within a securely fenced area like a back garden, or it will escape.

The Entlebucher mountain dog is a rare breed and very few puppies are registered per year. Buying an Entlebucher puppy may be a bit costly and you will have to be put on a wait list to get one. The initial purchase of an Entlebucher pedigree puppy can be anywhere from £500 and upwards.

Part of ownership is making sure your dog is happy, healthy, and well-settled. For example, getting a pet insurance is important and will cost you about £60 for basic cover and £105 a month for a lifetime cover. These prices vary depending on your dog’s health and age and where you are in the UK. Some pet insurance companies do not cover preventive health care so you may have to pay for routine veterinary consultations, initial vaccinations, boosters, and even spaying or neutering when the right time comes. All these can cost you up to £1,400 a year.

Food is, of course, a no-brainer cost. To feed your Entlebucher mountain dog premium dog food, be prepared to shell out a budget of £40–£50 a month. Overall, a monthly estimate of £110–£170 is what might be required to keep and care for an Entlebucher dog. 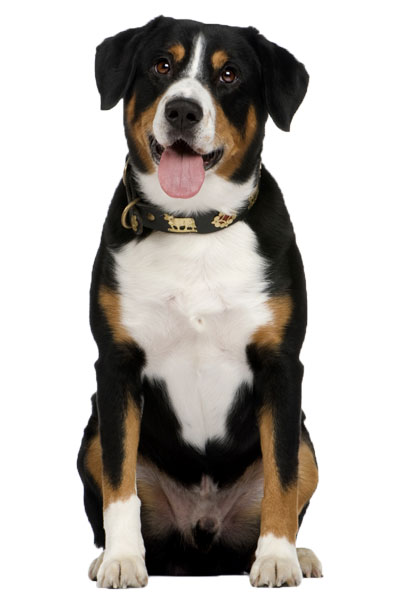 Are you sure the Entlebucher Mountain Dog is the best breed for you? Take the Pet Breed Selector Quiz to find your perfect breed match.

The Entlebucher mountain dog is ideal for people looking for loyal and devoted working dogs. If you're not too sure about owning one, you can check out other similar breeds with our Pet Finder.

Disclaimer:
The information, including measurements, prices and other estimates, on this page is provided for general reference purposes only.
English Toy Terrier
Estrela Mountain Dog
Contents
Not the breed you're looking for? Click Here
Latest Stories 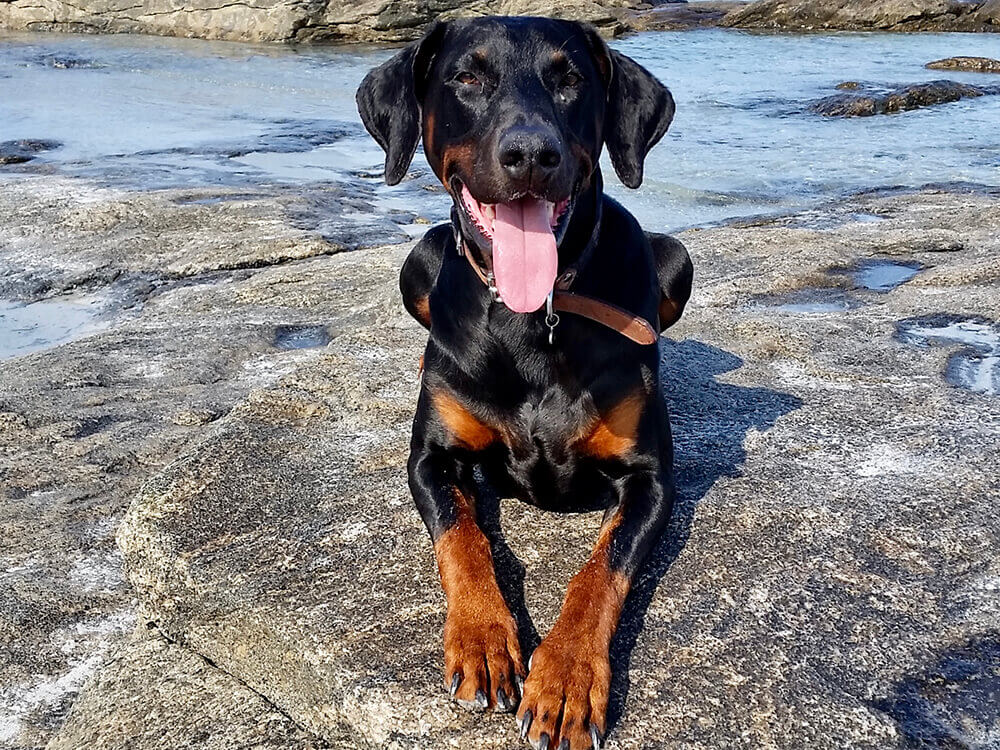 With the right dog owner, the Doberman Pinscher makes a fantastic family pet. Are you the perfect fit for this loving and steadfast breed? Knowing the … END_OF_DOCUMENT_TOKEN_TO_BE_REPLACED