Looking for an Estrela Mountain Dog?

The Estrela mountain dog breed originated in the mountains of Serra da Estrela in Portugal. It is one of the oldest herd and guard dog breeds in Portugal. It is a large breed that weighs 88–110 pounds and stands 60–75 centimetres at the withers. This dog breed that is noble in appearance was bred to herd and guard livestock and likes nothing better than to be working for its purpose. It is a loyal guard dog that showers its family with affection.

If you are looking for a loyal and protective dog breed, the Estrela mountain dog may be a good choice for you. Here is a brief background to know more about this breed.

The Estrela mountain dog originated in Portugal's Serra da Estrela mountain range. Although the exact origins of the breed are unknown, one theory suggests that it was the Romans that brought the breed to Portugal when they invaded the Iberian Peninsula. Regardless of how the Estrela came to Portugal, one thing is undisputed—it is one of the ancient breeds in Portugal that still exist today.

Several factors contributed to its minimal numbers in the 1900s. The first factor is the isolation where the Estrela was bred, which meant the breed was not known outside the region. Second factor was the desire of the Portuguese shepherds to prevent the Estrela dogs from leaving the flocks to mate, which drove them to castrate most of the dog breeds. Third is the disinterest of Serra residents to follow the official breed standard and the reluctance to participate in dog shows. Fourth is the Portuguese preference for foreign dog breeds. Fifth is dog showing was simply for the wealthy.

The Portuguese Revolution in 1974, in a way, saved the breed from total extinction. It allowed working people to present native dogs in dog shows. With the rise of the crime rate after the revolution, the demand for large guard dogs such as the Estrela mountain dog also increased. Today, the Estrella mountain dog is still utilised as a working dog, but it is also becoming known as an ideal family pet.

The Estrela mountain dog is a large breed that weighs 88–110 pounds and stands 60–75 centimetres at the withers. It has an athletic build and is noble in appearance, boasting of a very distinctive coat that resembles the texture of goat hair. The head is large for its body, but it should still be proportional. The muzzle is slightly convex and tapers gently to the tip. The Estrela's lips are large and well-formed whilst sporting strong jaws with a perfect scissor bite. It is usually longer than it is tall, but it is undoubtedly compact. It has thick legs and a deep chest akin to a mastiff-type breed but lither. Its tail is one of its important features, with a well-feathered thick base tapering towards the tip. The tail should also be curved into a hood similar to a shepherd's crook.

The Estrela breed has two types of coat: long and short. The long-haired Estrella has a coarse and close-fitting topcoat that may be flat or slightly waved and never curly, whilst its undercoat is dense and is typically lighter in colour. On the other hand, the short-haired Estrella has a similar topcoat and undercoat, but it is significantly shorter. When it comes to coat colours, the Estrela can wear fawn, wolf grey, and brindle.

The Estrela mountain dog has a high-maintenance coat. It sheds throughout the year and more during spring and autumn. However, it's manageable enough that it does not necessarily require professional grooming. The short-haired Estrela must be thoroughly brushed at least two times a week, whilst the long-haired one needs considerably more brushing, at least three to four times a week. The rest is basic grooming regimen such as ear care, oral care, and nail trimming. During grooming, always watch out for signs of infections, fleas or ticks, and other abnormalities.

The Estrela mountain dog looks imposing and intimidating, but it is, in fact, a gentle giant. It likes nothing more than to be kept busy and become a part of a family. It is famous for its extreme loyalty and protective nature, which is ideal for a guard dog. Most of the Estrela dogs are affectionate, whilst some are a bit reserved with their affections. However, regardless if they show their affection or not, this dog breed also suffers from anxiety disorder. It is not ideal for a household where the dog is most often left alone.

The Estrela is smart and active dog breed, which means it will require lots of mental and physical stimulation to be truly happy. It loves the great outdoors and is ideal for families who spend a great deal of time outside. It is also often stubborn, which makes training a bit difficult. With this said, the Estrela is not ideal for first-time dog owners. It will need to know its position in the pack, and the owner must be someone who can exert its authority as the leader for an Estrela to look up to for direction and guidance.

When the Estrela mountain dog is properly trained and socialised, it is extraordinarily gentle with children, often to the point of overprotectiveness. It is not ideal for families with toddlers because of its large size. It can also be very tolerant to other animals, owing to its nature to protect animals such as flocks of sheep and goats.

A typical serving for an adult Estrela mountain dog is four to five cups of premium-quality dry dog food per day, divided into two meals. To make sure that your Estrela gets the right amount of nutrition and follows the right feeding schedule, consult with a veterinarian for advice.

Since the Estrela mountain dog is a large breed, it should be fed with a diet formulated specifically for large breeds. It is recommended to feed dogs with high protein diet for muscle growth, especially for an active dog like the Estrela. Do not feed your dog with food that is filled with additives and fillers. There is no nutritional value at all and it may adversely affect the dog's health. As mentioned, always consult with a veterinarian first.

The average lifespan of the Estrela mountain dog is ten to twelve years. It's possible for the dog to reach its peak of life if it is properly cared for and loved. However, despite it being healthy, it cannot escape some hereditary health issues common to its breed. Although the breed only suffers from a few health issues, it is still worth knowing what illnesses the breed is predisposed to. Some of these health issues include hip and elbow dysplasia and bloat or gastric torsion.

The Estrela is smart, athletic, and energetic. Because of this, the dog breed will need at least forty-five to sixty minutes of daily exercise and lots of mental stimulation. The Estrela mountain dog will appreciate having a large outdoor space for it to run, roam, and play in addition to its daily walks. However, it is important that when it does so, it is within a securely fenced area that will prevent it from escaping.

The Estrela mountain dog is another rare breed in the UK and very few puppies are bred every year. If you are looking to keep one, you will need to go on a waiting list and pay at least £500 for a well-bred pedigree puppy. Getting a pet insurance is important as it can help offset some bills in case it suddenly falls ill or gets into an accident. Pet insurance for an Estrela will cost you a monthly premium of about £60 for a basic cover and £100 for a lifetime one.

Aside from pet insurance, one must not neglect routine veterinary consultations and basic procedures such as initial vaccinations, annual boosters, and even spaying or neutering when it is time to do so. All these will cost you £1,500 annually. On top of this, the Estrela is a large dog, which means it may need more in terms of food servings (4–5 cups daily) that will cost you about £50–£60 a month. Considering the basics, caring for an Estrela mountain dog will set you back £100–£150 a month. 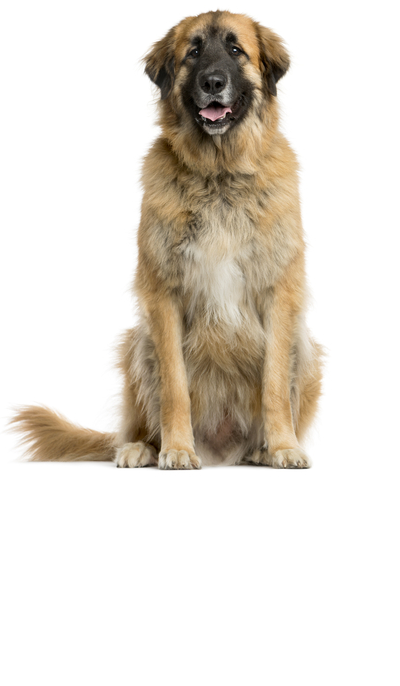 Are you sure the Estrela Mountain Dog is the best breed for you? Take the Pet Breed Selector Quiz to find your perfect breed match.

Is an Estrela mountain dog too expensive and high-maintenance for you? Try taking our Pet Finder to help you find other suggested breeds that are suitable to your liking.

Disclaimer:
The information, including measurements, prices and other estimates, on this page is provided for general reference purposes only.
Entlebucher Mountain Dog
Eurasier
Contents
Not the breed you're looking for? Click Here
Latest Stories

Are slugs poisonous to dogs? The answer to this question is not cut-and-dried. Many types of slugs do not create dangerous toxins in their body, but … END_OF_DOCUMENT_TOKEN_TO_BE_REPLACED