Looking for a Foxhound?

There was once a poet who adoringly described the foxhound this way: ‘Next to an old Greek statue, there are few such combinations of grace and strength as in a fine foxhound.’

As a breed belonging to the Hound Group, the English foxhound excels in hunting as a scent hound and is the rarest of all foxhounds. This is one of the few breeds that still served its tasks that it was developed to do. In fact, it was valued amongst English hunters for its remarkable stamina, which made it effortlessly hunt for hours. It stands proud with its straight, long legs and well-balanced body. As such, it is rare to see it being raised as a companion canine or a family pet. This canine best thrives with a pack of scent-driven hounds. However, behind its sturdy stance is a gentle and sociable creature. Training is very important to help tame its strong primal instinct to chase.

The history of the English foxhound dates back to the sixteenth century, but the exact origin of the breed remains unknown to the public. It was believed that it was bred in Britain and crossed with the greyhound, bloodhound, bulldog, and staghound.

The breed’s popularity surged amongst the fox hunting fraternity throughout Great Britain. With that, careful and selective breeding started with the aim to produce its best quality of strength, stamina, and appearance on its coat colour. In the usual scenario, the foxhound was grouped with the same colours. The most common is one with black prints on tan bodies. Fortunately, it remains to be one of the healthiest breeds.

Each foxhound has a very high prey drive, but excels working as a team. They are usually counted in pairs, and in one pack alone, it is usually comprised of twenty to thirty pairs.

Since the implementation of the hunting ban, the breed’s numbers were greatly affected. Thanks to the breed enthusiasts, they have helped ensure the future of the breed. Despite being rarely kept as pets, the English foxhound was recognised by the Kennel Club in 1905. Its recognition was followed by the American Kennel Club in 1909.

The foxhound is hard to miss with its dignified athletic body. It stands tall with a deep and great chest. It can grow with an estimated height of 59–64 cm and an average weight of 29–32 kg. It is generally built with a well-balanced body boasting an alert expression. It medium-size eyes are usually in colours brown or hazel. Its ears hang low close to its head being positioned high.

The foxhound generally appears with a short, dense coat. The following are accepted breed colours and patterns by the Kennel Club standard:

As a short-coated canine, the foxhound requires minimal maintenance. Its grooming regimen only includes weekly brushing of its hair to remove any debris and skin oils.

Many mistakenly think that the foxhound is a stubborn hound. This is usually due to its obedience devoted only to the master of the hounds and whippers-in. The foxhound is generally sociable as it thrives in the company of other dogs and its people. It gets along with other animals as well, including horses. It loves to run along with horses and can keep up for hours.

Due to its impeccable stamina and endless bags of energy, it is not usually kept as a pet. It is ill-suited in a home environment. However, a foxhound in its golden years is usually rehomed as a pet provided that the owner will have time to dedicate on the dog’s needs. It is ideal for it to find an owner with authority so it can easily identify who to follow. Make sure to provide it with a canine buddy or it will get lonely.

The Foxhound is an intelligent canine, but its high prey drive usually dominates. This is perfectly understandable since it was specifically bred to hunt for many years. It usually has knowledge of basic commands from the huntsmen that trained it.

As an energetic dog breed, the English foxhound’s nutritional requirements consist of vitamins, minerals, proteins, and lipids. He should be given a diet that contains 32–40 per cent meat proteins. With this in mind, it is clear that this dog breed needs nothing more than premium-quality dry dog food. So make it a habit to check the labels and ingredients of any dog food. Do not choose dog food that contains fillers and other junk that would potentially make your dog sick. Also, since this dog breed frequently drinks water, always provide him with fresh supply throughout the day.

Follow a set feeding schedule consistently and provide the same food that your foxhound is used to in order to avoid stomach upsets. However, if you need to shift to another type of high-quality food, do so gradually. This will help your canine adjust accordingly without complications. A foxhound puppy must be fed three to four times a day, whilst an adult foxhound can be fed twice a day.

The adult foxhound weighing 29 kg should be fed about 307–404 g of food daily, also taking into consideration its activity level. For those that are 32 kg and above, the daily recommended portion ranges from 322 to 424 g.

The average lifespan of a foxhound is ten to fourteen years. Although it is a sturdy canine, this breed is known to be affected by the following health conditions:

As a hunter dog, the English foxhound should be exercised for at least one to two hours every day. However, the more tired this pooch is, the happier it will be, so going beyond the minimum time is a welcome treat.

Owning an English Foxhound may be challenging as there are any hardly puppies for sale. This breed is traditionally kept as hunter dogs and not as companions. If you own one, you need to ensure that it stays healthy and feeding it the right dog food. When it comes to feeding, you will need to spend £30 to £40 a month on high-quality dog food.

As to healthcare you need to be prepared in case your dog suddenly falls ill or gets into an accident. You can offset some bills if you get a pet insurance, which can range from £25 for a time-limited cover up to £50 for a lifetime one. These prices vary depending on your dog’s health and age, the type of cover you choose, and whether it has pre-existing conditions.

Other outgoings to consider are veterinary expenses that may not be included in a pet insurance coverage such as vaccinations, routine checks, neutering or spaying, and annual boosters, which can have a combined cost of £800-£1000 annually. On average, you need to set aside £60–£80 a month for recurring expenses, depending on the type of insurance cover you choose for your dog 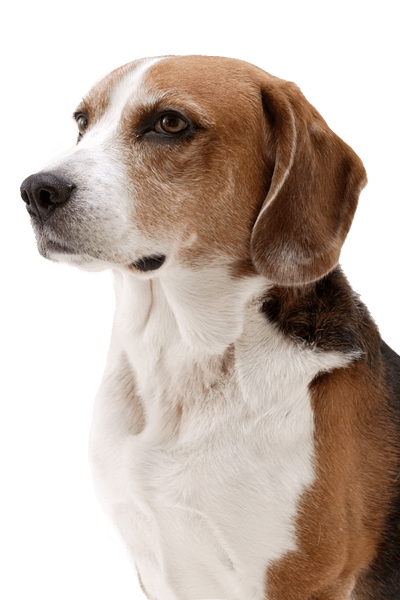 Are you sure the Foxhound is the best breed for you? Take the Pet Breed Selector Quiz to find your perfect breed match.

Dog Breed Selector Quiz
Disclaimer:
The information, including measurements, prices and other estimates, on this page is provided for general reference purposes only.
Fox Terrier
French Bulldog
Contents
Not the breed you're looking for? Click Here
Latest Stories

Are slugs poisonous to dogs? The answer to this question is not cut-and-dried. Many types of slugs do not create dangerous toxins in their body, but … END_OF_DOCUMENT_TOKEN_TO_BE_REPLACED 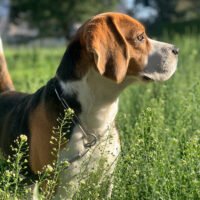 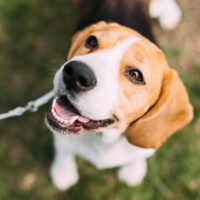 The Foxhound and the Beagle's similar look may get you confused, with their long droopy ears and similar coat color and patterns. Whilst these two hunting dog breeds share some identical traits; they also possess unique qualities. Here’s a Foxhound vs. Beagle breed comparison to help you better understand these two hound dogs. 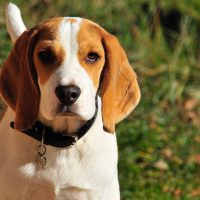 What is the most popular breed of gun dogs? Breeds of gun dogs are initially bred and developed for hunting purposes. They are used to assist in human activities such as working in the line, retrieving, picking up, and rough shooting for food.