Thinking of buying or adopting a German Longhaired Pointer?

The German long-haired pointer is highly attached to his family. Leaving him alone for long periods of time can lead to separation anxiety. To keep him entertained and happy, someone should look after him whilst others are away.

The German long-haired pointer (GLP) is a cousin of the German wire-haired pointer (GWP) and the German short-haired pointer (GSP). All three dog breeds are native to Germany, as the names suggest, developed to hunt, point, and retrieve live games. These German dogs are widely known and highly prized as working dogs not only in Germany but also in the UK.

The German long-haired pointer was first introduced to Britain in the 1980s, but it was not recognised by the Kennel Club until 1997. This dog is the largest amongst the three German breeds and was first shown in Frankfurt, Germany, in 1878, after a breed standard was established. The GLP that we see today was developed over time to become a more elegant gun dog by introducing the English pointer and English setter to its bloodline during the nineteenth century.

The German long-haired pointer is an active, noble, graceful, muscular dog breed but not bulky or stocky. It sports a shiny, medium-length coat that adds to its aristocratic appearance and overall charm. The top of its head is dome-shaped with a slight stop. The GLP has strong jaws with a perfect scissor bite and a nice brown nose that often has slight spots on it. Its head has less hair compared to the rest of the body. Its large, oval-shaped, brown eyes show its intelligence. Ears must be set high on its head, dropping slightly forward and reaching as far as the corner of its mouth.

The German long-haired pointer has a robust body with a well-developed chest and levelled back that is moderately long. Its skin should lie close to the body, but should not wrinkle. Despite being categorised as a long-haired breed, its hair is not excessively long. In fact, accepted hair length must be within 3–5 cm, whilst its ears and the back of its legs sport a longer feathering. The GLP comes in a variety of colours including brown, roan, brown roan, dark chocolate, white, and chocolate.

Although the GLP has long hair, it is surprisingly low-maintenance on the grooming front. Weekly grooming to remove tangles and mats will do. It undergoes seasonal shedding, which means frequent brushing, daily if possible, is needed to keep hairs from falling and gathering on furniture or clothing. Bathing can be occasional or done at least twice a year. Trim its nails as needed or every couple of weeks. Always check for infection on its ears and clean them regularly. Oral health is also crucial to steer your German long-haired pointer from gum disease and potential infection.

Generally, the German long-haired pointer is outgoing, gentle, and intelligent, but if not properly socialised, it can become either shy or aggressive. This dog breed adores its family and forms a strong attachment with them, which can cause separation anxiety. The GLP is ideal for households where one member of the family stays at home to keep the dog company. Remember that being a gun dog, the German long-haired pointer is an active dog, which means it has high levels of energy and will require equal levels of exercise to expend its energy. This can be done by engaging the GLP in games such as fetch or activities such as long walks or running. Of course, this indicates that it is only suitable for families that share its love of outdoor activities. This type of dog is smart and excels in agility and obedience trials as it thrives on the attention it gets during training.

When it comes to children, the GLP is gentle due to its calm nature, but its large size is a cause for concern when it comes to interaction with young children. Since it can easily inflict injury, albeit unintentionally, supervision is a must. Other dogs and feline pets are fine with the German long-haired pointer as long as they are well-socialised with the GLP from a young age. However, care must still be observed as anytime the GLP can pounce and give chase to smaller animals.

A typical serving for an adult German long-haired pointer is 2.5–3 cups of premium dry dog food daily, equally divided into two meals. How much and how often it must be fed depend on several factors including age, metabolism, activity level, and health. If in doubt about the nutritional requirement of a GLP, make sure to consult a veterinarian.

Below is a guide to the typical calorie needs of an adult German long-haired pointer weighing 60 pounds:

Since the GLP is known to suffer from bloat, make sure to remember feeding it twice a day instead of serving one large meal. Protein-rich dog food is also important to support muscle growth especially for active dogs such as the German long-haired pointer.

The German long-haired pointer is generally healthy and can live for twelve to fourteen years if properly cared for and given a lot of love. Luckily, the GLP does not seem to suffer from any specific hereditary health problems. Although it pays to make sure that it doesn't overeat as it tends to suffer from bloat and excess weight, which can cause joint problems.

The GLP is an energetic dog breed that requires adequate exercise. It must be given at least two hours' worth of daily activities, whether in the form of playing or working on some tasks. Being a gun dog bred to hunt prey, it is likely to escape and follow its instinct. With this said, it is crucial to make sure that when the German long-haired pointer is off-lead outdoors, it must be within the bounds of a secure, fenced backyard.

If you are keen on caring for a German long-haired pointer, be ready to spend £800 on a well-bred pedigree puppy and be put on a waiting list as very few puppies are bred and registered every year. Part of caring for a dog is ensuring that it stays healthy and well-fed. Feeding your dog high quality food can set you back another £40-£50 a month. You would also need to factor in the initial cost of buying basic dog accessories and equipment such as bed, food bowls, lead, collar, and toys. These can amount to £150-£200 depending on the brand and quality. Grooming can be another expense if you choose to use the services of professional groomers, which is within the region of £30-£40.

You also need to be prepared when it suddenly falls ill or gets into an accident. To offset some medical bills, it is recommended that you pay for a pet insurance, which can cost from £25 a month for a basic time-limited cover up to £60 a month for a lifetime one. The prices can vary depending on your dog’s health and age, your location, and the level of cover you opt for.

Other outgoings to consider are veterinary expenses that may not be included in a pet insurance coverage such as vaccinations, routine checks, neutering or spaying, and annual boosters, which can have a combined cost of £1000 annually. On average, the monthly cost for raising a German Longhaird Pointer is £70-£120. This is exclusive of the type of pet insurance policy and other expenses such as dog walking service or dog day care. 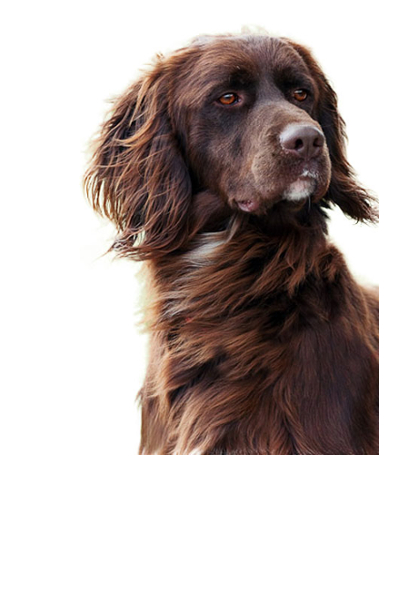 Are you sure the German Longhaired Pointer is the best breed for you? Take the Pet Breed Selector Quiz to find your perfect breed match.

Can you handle a German long-haired pointer as a pet dog? If you’re not sure, feel free to take our Pet Finder for a selection of suitable dog breeds.

Disclaimer:
The information, including measurements, prices and other estimates, on this page is provided for general reference purposes only.
Gerberian Shepsky
German Shepherd
Contents
Not the breed you're looking for? Click Here
Latest Stories

Australian Shepherds were bred to be herding dogs that can withstand cold climates. They sport dense and thick double coats that provide them warmth … END_OF_DOCUMENT_TOKEN_TO_BE_REPLACED