Thinking of buying or adopting a Grand Bleu De Gascogne?

The Grand Bleu de Gascogne, which is also known as the French staghound or Large Blue Gascony hound, is one of the ancient hound breeds in France that dates back to the Middle Ages. It is also considered the foundation of today's hound dogs. Records suggest that the Grand Bleu de Gascogne is a cross between local scent hounds and the dogs that Phoenician traders brought to France. It is also believed that the dog breed's ancestry includes that of the St. Huber hound, evident with its long, folded ears, serious expression, and voice.

January 1991 marked the recognition of the Grand Bleu de Gascogne by the United Kennel Club. Today, the dog breed remains rare despite fanciers around the world.

The Grand Bleu de Gascogne is considered by many fanciers as the gold standard when it comes to breeding French hounds. It has the typical appearance of a large French hound and is the largest of the scent hound breeds, weighing 80–110 pounds and standing 60–70 centimetres. Its head is strong and elongated with one or two wrinkles. It also has a long snout and nose with scent receptors that make it an excellent scent hound. Ears are droopy and set low on the head, whilst eyes are dark and chestnut-coloured. In general, the Grand Bleu de Gascogne has a sombre but sweet and trusting expression. As a muscular breed, this dog is indeed a hunter through and through.

The Grand Bleu de Gascogne wears a distinct and striking coat that is mottled with black and white colour, which gives it the appearance of slate blue fur with or without black patches. Its coat is short and weather-resistant and as such, it is low-maintenance when it comes to grooming. All it takes is a weekly brushing and wipe of a chamois leather to remove dead and loose hair and keep its nice, glossy sheen. Since the Grand Bleu de Gascogne has droopy ears that are prone to infection, make sure that it is regularly cleaned with a cotton ball that is moist with a vet-approved solution. In addition, trim its nails to prevent overgrowth, which is painful, and brush its teeth at least twice a week to avoid dental and gum problems.

The disposition and character of the Grand Bleu de Gascogne can be summed up in two words: gentle and kind. Don't let its aristocratic appearance fool you since beneath its noble demeanour is a mellow and sociable dog. It forms strong ties with the family and likes nothing more than to be accepted and treated as a member of the household. With that said, this dog is extremely loyal and devoted, which makes for an excellent watchdog. It is not an ideal choice for inexperienced dog owners because it needs someone who is familiar with handling an active and intelligent hound dog.

This French scent hound thrives in an environment where the family members are great outdoor enthusiasts or at least committed to spending a few hours outside with a high energy dog like the Grand Bleu de Gascogne. Thus, it is not for families who lead sedentary lives.

The Grand Bleu de Gascogne is patient and gets on well with children. However, due to its size, care must be taken and supervision required to make sure that playtime will not lead to unintentional injuries. Its peaceable nature makes it coexist with other dogs, not to mention it was bred to work in packs for centuries. Still, proper socialisation whilst young is important to make sure that it becomes a well-adjusted dog. Any feline animals are okay as long as they were raised together with the Grand Bleu de Gascogne, but care should be taken around smaller animals that are not part of the household.

A typical serving for an adult Grand Bleu de Gascogne is 4.5–6 cups of premium-quality dry dog food per day. Although it is safe to assume that a giant dog like the Grand Bleu will require higher nutrition and more food, it is best to consult with a veterinarian or a canine nutritionist to be sure.

Like most dogs, the Grand Bleu de Gascogne needs a diet that is high in animal protein (chicken, lamb, beef, and eggs) for muscle development. Make sure to avoid carb sources such as wheat, corn, soybeans, and other natural fillers as they add no nutritional value to the table.

The Grand Bleu de Gascogne is a lucky breed, not only because it can live up to twelve years but because it has a high probability to live longer since it has no known hereditary disorders. However, this does not mean that the dog breed is not susceptible to acquired health problems such as bloat or gastric torsion. Therefore, make sure that you follow the strict feeding schedule and regularly visit a veterinarian to keep your dog healthy.

With a tremendous amount of stamina, the Grand Bleu de Gascogne will require a high level of exercise compared to most breeds. Care should also be taken when it is allowed off-lead since it will happily follow a scent anywhere. As such, make sure that its physical activities are done within the confines of a securely fenced back garden.

Here are a few things you should know if you decide to own a Grand Bleu de Gascogne: one, you have to be on a wait list, and two, it won't be cheap. This dog breed is rare up to this day, with only a few litters of puppies bred and registered per year. On top of that, you will have to pay no less than £500 for a well-bred puppy.

The journey to dog ownership does not stop there. Whilst waiting, you might as well start searching for pet insurance that you can afford and is suitable for the breed. Pet insurance will cost around £75–£140 a month, not cheap at all. In addition, routine health checks with a veterinarian, including the cost to vaccinate and spay/neuter will quickly add up to at least £1,200 a year. Food cost, which is very important, will set you back around £40–£50 a month for a large breed such as the Grand Bleu de Gascogne. 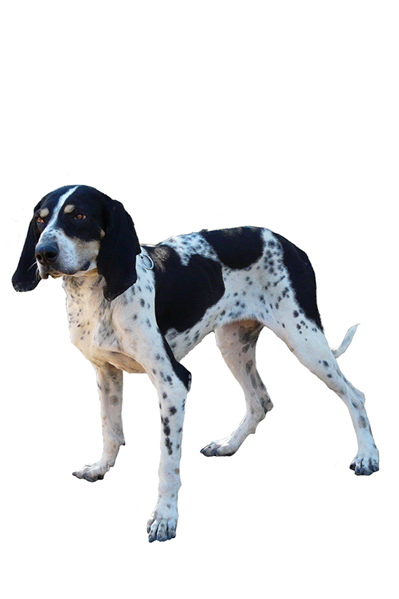 Are you sure the Grand Bleu De Gascogne is the best breed for you? Take the Pet Breed Selector Quiz to find your perfect breed match.

Are you having doubts if the Grand Bleu de Gascogne is suitable for you? Simply use our Pet Finder for more options to find the best-suited dog breed.

Disclaimer:
The information, including measurements, prices and other estimates, on this page is provided for general reference purposes only.
Gordon Setter
Great Dane
Contents
Not the breed you're looking for? Click Here
Latest Stories 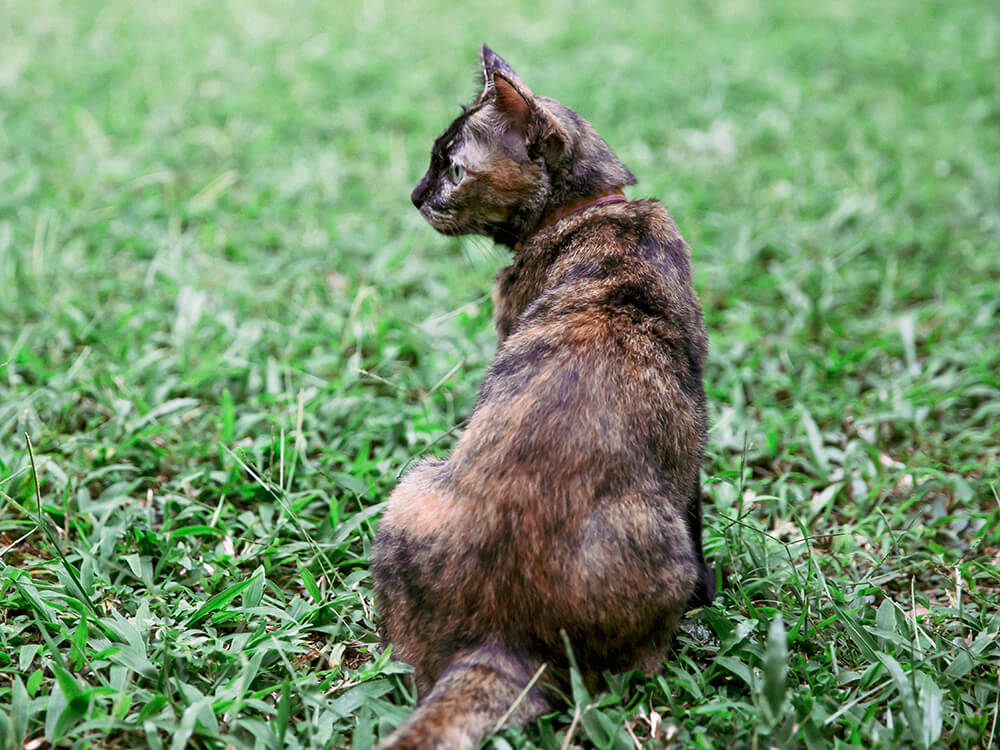 The Tortoiseshell Cat is a multi-coloured feline possessing traits unseen in most cats. Some misconceptions have been floating around about her for a … END_OF_DOCUMENT_TOKEN_TO_BE_REPLACED