Looking for a Griffon Bruxellois?

There are three variations of this dog breed namely, the Griffon Bruxellois (Brussels Griffon), Griffon Belge (Belgian Griffon), and Petit Brabancon. All three are said to have descended from an ancient dog breed called Smousje, which is a small terrier-like dog with a rough coat bred to hunt and eliminate rodents. The Griffon Bruxellois was depicted in a fifteenth-century Jan van Eyck painting, showing a little wire-haired dog in the background of The Arnolfini Marriage, which is thought to be an earlier version of the breed.

It was originally bred only as a stable dog to look after horses and hansom cabs in the late 1800s. However, in the nineteenth century, Belgium coachmen bred the Griffon Bruxellois with imported toy dog breeds such as the pug, the King Charles spaniel, and also Affenpinscher to develop a breed that does not only guard but also gets rid of stable vermin. The Griffon Bruxellois was known as a ‘Belgian street urchin’ as it was a renowned street dog because of its intelligence and toughness.

In 1883, the first Griffon Bruxellois was registered in Belgium's Kennel Club Studbook and the breed's popularity increased when it caught the interest of Queen Marie Henriette, who was a dog enthusiast. This catapulted the popularity of the Griffon Bruxellois in the international scene, and many of these dogs were exported to other countries, including England in 1897 and the US in 1945.

The Griffon Bruxellois is a small dog with a sturdy build, weighing 7–12 pounds and standing 18–20 centimetres at the withers. It has a square proportion, with its length matching its height. It has a domed-shaped head, short nose with large nostrils, and huge, shiny eyes that are set wide apart and naturally adorned with long, black lashes. Its eyes are also its distinct and memorable feature that gives it an almost-human expression. The Griffon Bruxellois has small ears set high above the head and can either be cropped or not. It has medium-length, well-muscled forelegs, an arched neck, and a levelled back that add to its robust appearance.

The Griffon Bruxellois wears either a rough and wiry dense coat or a straight, smooth, and glossy coat. It often comes in a variety of colours, including red, reddish brown, beige, black and tan, and solid black. Grooming-wise, whether it's low- or high-maintenance will largely depend on the type of coat. The rough-coated Griffon Bruxellois will require several brushing per week, including hand-stripping every three months, whilst the smooth-coated Griffon will only require at least once a week of brushing. Both coat types do not shed much, but the breed can't be considered hypoallergenic. Bathing for both should be done as needed.

Since the Griffon Bruxellois is a small dog breed, it is prone to gum diseases and as such should have its teeth brushed and cleaned on a regular basis. Also trim its nails once or twice a month to keep its nails in excellent condition and avoid overgrowth, cracking, and splitting. Ears should also be cleaned regularly to prevent ear infections. During grooming, make sure that you inspect all physical aspects of your Griffon Bruxellois, including lesions, fleas, ticks, and signs of infection such as redness, bad odour, and pain.

The Griffon Bruxellois is a toy breed that was developed first as a stable guard dog and later on as hunting dog to eliminate vermin. It may look small and fragile, but this dog breed is actually quite sturdy and fearless. It craves attention and likes nothing more than to be the centre of it, showing its clownish side. As such, the Griffon Bruxellois does not like to be left alone, or it can cause lots of mischief. Attention-hungry dogs like the Griffon Bruxellois will thrive in homes of the elderly or families with at least one member staying at home. As with most small dogs, the Griffon Bruxellois is also prone to barking and will bark to alert when it sees people, cars, bikes, and other strange things. This makes it an excellent watchdog for the family.

When it comes to training, the Griffon Bruxellois can be a challenge as it has a stubborn streak and tends to do things on its own. Still, it is an ideal choice for new dog owners who are patient and with a steady hand. Once leadership is established, it will look up to its owner for instruction and guidance, especially when a reward system is in place. In fact, the Griffon Bruxellois is known to excel in advance obedience and agility trials when properly trained.

The Griffon Bruxellois tends to get on well with children, but it also considers them as competitors for attention. Regardless, any interaction with toddlers and the Griffon must be supervised to make sure that playtime does not become too rough to cause accidents. This small dog is generally good with other dogs and household pets such as cats if they are raised together. However, it is unwise to leave the Griffon Bruxellois alone in a room with small animals as it will take any opportunity to chase them.

When it comes to keeping a Griffon Bruxellois healthy, it needs 1/4–1/2 cups of high-quality dry dog food a day, equally divided into two meals. Take note that the amount of food a dog eats will depend on its size, age, health, metabolism, activity level, and gender. To make sure that you give the best nutrition to your Griffon, consult a veterinarian.

Typical calorie needs of an adult Griffon Bruxellois per day:

The Griffon Bruxellois must be fed with a high-quality commercial dog food or a home-made diet that is rich in animal protein. Also add salmon to its diet to make sure that it is getting the right amount of fatty acids to maintain its coat.

With a lifespan of nine to fifteen years, the Griffon Bruxellois is a generally healthy breed. However, some hereditary disorders can often get in the way of living out its lifespan. Some health disorders that are hereditary include cleft palate, chiari malformation syringomyelia, cataracts, glaucoma, and degenerative disc disease. This dog breed is also sensitive to the leptospirosis vaccine. Always find time for its regular veterinary check-up to make sure that it does not suffer from any of the disorders mentioned above.

The Griffon Bruxellois will need at least thirty to sixty minutes of daily exercise since it is an energetic dog. This small dog is the best choice for owners who do not necessarily have an outdoorsy lifestyle, as long as they can keep with its exercise requirement. As with other dogs, especially one who was bred to hunt, the Griffon Bruxellois should be kept within a well-fenced area to prevent it from escaping.

When you get a dog, in this instance a Griffon Bruxellois, your main responsibility is its well-being. For starters, when you buy a Griffon Bruxellois puppy, which costs around £500–£1,200, make sure that it is from a reputable breeder. To ensure it stays healthy, you would have to feed it high-quality food that can set you back £40-£50 a month. You also need to factor in the initial cost for dog accessories and equipment such as food bowls, leads, collars, and beds, which will likely be about £200 depending on the brand.

As to healthcare you need to be prepared in case your dog suddenly falls ill or gets into an accident. You can offset ome medical bills if you get a pet insurance, which can range from £20 for a time-limited cover up to £40 for a lifetime one. These prices vary depending on your dog’s health and age, the type of cover you choose, and whether it has pre-existing conditions.

Other outgoings to consider are veterinary expenses that may not be included in a pet insurance coverage such as vaccinations, routine checks, neutering or spaying, and annual boosters, which can have a combined cost of £1000 annually. Roughly, you will be setting aside £70-£100 a month for recurring expenses, depending on the type of insurance cover you choose. This estimate is also exclusive of walking or grooming services that you might later want to pay for. 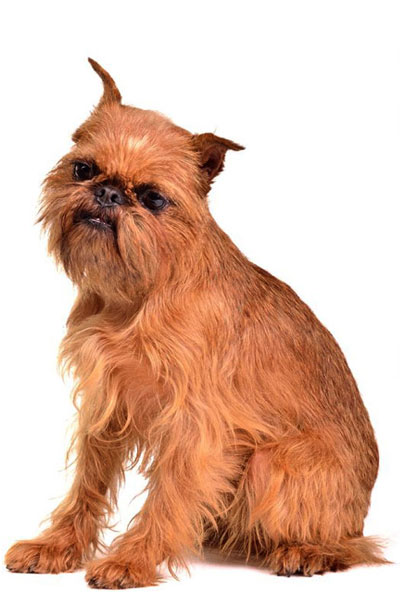 Are you sure the Griffon Bruxellois is the best breed for you? Take the Pet Breed Selector Quiz to find your perfect breed match.

Do you think you can handle the attention-hungry Griffon Bruxellois? If you are full of doubts, take our Pet Finder to find other suggested breeds that match your lifestyle.

Disclaimer:
The information, including measurements, prices and other estimates, on this page is provided for general reference purposes only.
Greyhound
Griffon Fauve de Bretagne
Contents
Not the breed you're looking for? Click Here
Latest Stories

Are slugs poisonous to dogs? The answer to this question is not cut-and-dried. Many types of slugs do not create dangerous toxins in their body, but … END_OF_DOCUMENT_TOKEN_TO_BE_REPLACED 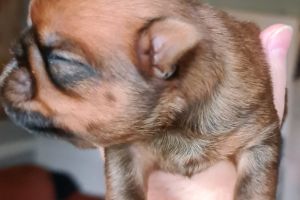