The breed is believed to be related to the Welsh foxhound. Meanwhile, some historians presume that the breed is a result of fluke mutations in indigenous French hounds. In another account, it is thought that foreign dogs such as the Spinone Italiano played an important part in the development of the French griffons.

The Griffon Fauve de Bretagne was bred to hunt various kinds of animals, including deer, foxes, hares, and wild boars. However, wolves, which were considered as pests during that time, were the breed’s main hunting targets. They would hunt in packs to track and corner their prey. With their keen sense of smell, they become popular hunting dogs.

In the 1520s, the breed was introduced to the French court by Admiral d'Anneboulde. When King Francois I successfully united France and Britain, he kept a pack of Griffon Fauve de Bretagne for hunting.

The breed’s fame greatly declined after the wolves’ population dwindled in the nineteenth century. It led to the Griffon Fauve de Bretagne’s near extinction. The largest of the breed, the Grand Fauve de Bretagne, was wiped out.

In the 1940s, a group of breeders had taken measures to revive the breed. In 1949, Marcel Pambrun founded the Club de Fauve de Bretagne and a breeding programme was started. The Griffon Fauve de Bretagne’s reputation in France as a great hunting dog slowly grew back in the 1980s. Although the breed is well-known in his homeland, the dog is considered a rare breed outside of France.

The general appearance of the breed may appear to be rustic and unkempt. His distinctive coat is shaggy and rough. He also sports a moustache and a beard. The Griffon Fauve de Bretagne coat colour may range from a brick red to a gold wheaten hue. Whilst his fur and brows are bushy, his face isn’t.

The Griffon Fauve de Bretagne is a low-maintenance breed since he only sheds lightly throughout the year. He needs weekly brushing to avoid matting and remove loose hairs. Bathing should be done at least once every two or three months or when he gets really dirty. Since he has hanging ears, make it a habit to check and clean his ears once a week to avoid infections. Nails need to be inspected every two weeks to ensure that they don’t grow very long. Daily tooth brushing should be incorporated into his grooming routine as well.

Back in the old days, the Griffon Fauve de Bretagne worked with hunters and other dogs. Thus, this has moulded him into a dog with low aggression towards people and other pooches. He is highly sociable and bonds strongly with all of his human companions.

He is good at dealing with children and can keep up with their playfulness. However, keep in mind that he can be unruly due to his energetic nature and may accidentally knock down small children. His friendliness extends to strangers as well, which makes him only a decent watchdog. Although he may bark when he spots an intruder, he would most likely try to befriend the intruder than defend his territory.

The Griffon Fauve de Bretagne is comfortable with fellow pooches. He prefers to live with one or more dogs that match his boundless energy. Note that he has a dominating nature, which can lead to a fight with other dogs for alpha status. The breed can coexist with other pets such as cats, provided that they are introduced early. Since he has a high prey drive, tight supervision is required when around small animals. Socialisation during puppyhood is a must to ensure that he grows up to be a well-adjusted dog.

When training the Griffon Fauve de Bretagne, patience is the key. He tends to be a slow learner, not because he is unintelligent but because he is easily distracted by his surroundings. Make sure that training sessions are kept short and recurrent to retain his focus on the task at hand. Stick with positive reinforcement to keep him motivated. Avoid harsh training methods as the dog is stubborn by nature and will ignore your commands.

A dog breed that is used to hunt small game, the Griffon Fauve de Bretagne is naturally lively and energetic. Due to this, he will need a premium-quality dog food to make his energy levels last throughout the day. You will also need to add some raw and cooked meat to his regular dog food as this breed is prone to itchy, dry skin. Consult a trusted veterinarian or canine nutritionist to plan your dog’s diet. As always, provide clean, cool water for your dog to drink.

For a Griffon Fauve de Bretagne puppy between the ages of eight and twelve weeks old, feed him at least four meals a day. When he reaches two to six months old, reduce it to three meals daily. Make sure that a puppy that is six months old to one year old is fed at least twice a day. An adult Griffon Fauve de Bretagne can maintain two meals per day to prevent the risk of torsion dilation of the stomach.

The Griffon Fauve de Bretagne is an extremely active breed. He should be getting between one to two hours of exercise daily. Long walks and other outdoor activities such as jogging is a good option to keep him active and busy. Without a proper outlet for his excess energy, he may turn rowdy and exhibit destructive behaviours. Beware as he is a capable climber and can easily escape a low-fenced area. Ensure that gates and enclosures are tall enough to prevent him from climbing out.

The Griffon Fauve de Bretagne is a rare breed, so specific details about any predisposed illnesses are not available. Below are the common conditions for medium-size dogs that the breed may be susceptible to:

Remember to take into account your finances when planning to get a Griffon Fauve de Bretagne. Make sure that you are prepared to handle such a big responsibility. Purchasing a Griffon Fauve de Bretagne puppy may cost between £650 and £830. Basic supplies such as a crate, lead, and dog bed are in the £150–£200 price range. Food costs including treats may reach over £40 a month or £480 a year. Medical care expenses can cost £1,000 annually. Pet insurance fees will cost at least £50–£120 a month. 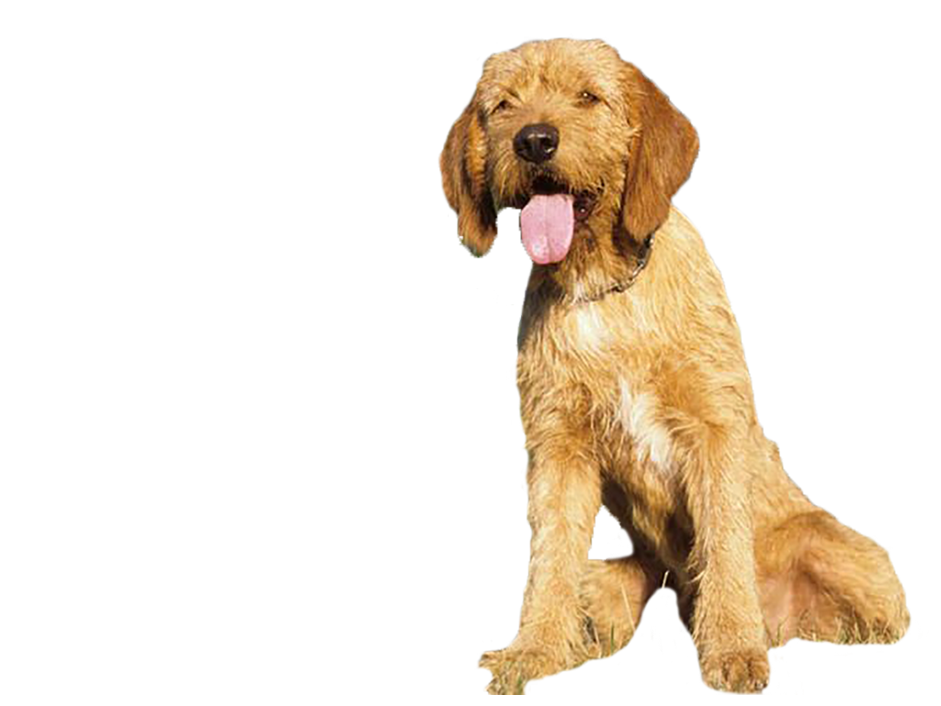 Are you sure the Griffon Fauve de Bretagne is the best breed for you? Take the Pet Breed Selector Quiz to find your perfect breed match.

Dog Breed Selector Quiz
Disclaimer:
The information, including measurements, prices and other estimates, on this page is provided for general reference purposes only.
Griffon Bruxellois
Hamiltonstovare
Contents
Not the breed you're looking for? Click Here
Latest Stories

Are slugs poisonous to dogs? The answer to this question is not cut-and-dried. Many types of slugs do not create dangerous toxins in their body, but … END_OF_DOCUMENT_TOKEN_TO_BE_REPLACED