Looking for a Hamiltonstovare?

The Hamiltonstovare is a hunting hound dog bred to hunt fox and hare in Sweden. The breed is believed to have descended from English foxhounds, harriers, and three other now-extinct German breeds. The Kennel Club has officially recognised the Hamiltonstovare.

With gentle and even-tempered disposition, the Hamiltonstovare is an excellent family companion. This dog is a large breed with a tremendous presence that adds to its appeal. It is also an outdoor-loving dog, which means it is not fit for families with a sedentary lifestyle.

The alert and protective nature of the Hamiltonstovare makes him a very capable watchdog. He is an easy dog breed to train since he was developed to follow instructions. For the Hamiltonstovare’s grooming, only minimal brushing since he is a low-shedder.

The origin of the Hamiltonstovare can be traced back to nineteenth-century Sweden. This dog breed was developed by Count Adolf Patrick Hamilton, founder of the Swedish Kennel Club. This hound dog was originally called ‘Swedish hound,’ until it was renamed in 1921 to honour Hamilton as its foremost breed advocate and breeder.

Its ancestry is believed to include the English foxhound, harrier, Holsteiner hound, Curland hound, and the Heiderbracke. The Hamiltonstovare was bred to hunt fox and hare on difficult terrain and in harsh weather, and as such, it excels in flushing and tracking live game.

In 1886, the Hamiltonstovare became the most popular hound in the country. Today, this dog breed is still not as popular outside of Sweden and so is considered a rare breed, although it is slowly making a name for itself in the UK as both a companion and a show dog.

Weighing 50–60 pounds and standing 40–60 centimetres at the withers, the Hamiltonstovare is a large and sturdy dog breed. It has a slightly longish, rectangular head, a broad skull, a well-defined but not overly emphasised stop, and a relatively long and rectangular muzzle. It has clear and dark-coloured eyes with a calm and intelligent expression. It has ears that are dropped down and set quite high, slightly above its eyes. Its nose is black, well-developed, and almost parallel to the line of the skull. It has full lips and wide nostrils.

The Hamiltonstovare boasts of a beautiful two-layer, glossy, short coat comprised of a short and soft undercoat that is especially thick during winter and a weather-resistant topcoat that lies close to its body. The dog breed comes in colours of black mantle, rich gold, and rusty red tan that come with symmetrical white markings. In order to keep its coat in top shape, weekly brushing is required. It is low-maintenance because it does not shed much.

Other than coat care, don't forget the other grooming aspects of your Hamiltonstovare. Check its ears for any signs of infection such as redness, pain, and bad odour. Dental health is equally important as dogs also often suffer from gum diseases and bad breath. Brush its teeth at least twice a week or daily, if you can. Dog nails also grow long like humans and so they must be trimmed regularly, especially if you start hearing clicking sounds on the floorboards. Long nails can also cause discomfort as they often get caught in things such as your carpet, bedding, and upholstery.

The Hamiltonstovare is both an excellent hunting dog and a family pet. Its sweet disposition and affectionate nature, despite its large size, make it a favourite companion. It is extremely attached to its owners and so it is not happy when left alone for long periods of time. This dog breed is, as it goes, amongst the best choice for families where at least one person stays at home to keep it company. The Hamiltonstovare is aloof and wary of strangers and will take some encouragement to warm up to other people outside its family. It has a tendency to bark to alert, which makes it a superb watchdog. Although it should never be aggressive, unless its owners are in danger.

It is also important to provide this dog mentally and physically stimulating activities since it can pick up bad habits out of boredom, such as digging and chewing. Since it is bred to follow directions as a hunting companion, the Hamiltonstovare is not a hard breed to train. The key to its successful training is positive reinforcement in the form of treats and praises. Early socialisation also plays a big part in making sure that it grows up to be a well-adjusted, calm, and confident dog.

The Hamiltonstovare is patient and gentle with children. However, it can also be slightly boisterous and as such, it should not be left unattended with toddlers as its size can easily topple over small kids. Other dogs are not an issue with the Hamiltonstovare since it can get on well with them, but smaller animals such as cats and rabbits will appear as prey to this dog, especially if it has not been socialised or they were not raised together.

A typical serving for an adult Hamiltonstovare is 2.5–3 cups of premium dog food per day, equally split into two meals. Dogs, much like humans, have unique dietary needs, which may be affected by factors such as age, gender, size, build, health, metabolism, and activity level. Make sure that you're making the right choice for your dog's nutrition. Feel free to consult a veterinarian or a canine nutritionist for dietary recommendations.

Make sure to feed this large dog with top-quality dog food formulated for its size since it has different nutrient needs than small and medium breeds. Dry kibbles or home-made dog food with high animal protein (beef, lamb, chicken, and turkey) is recommended.

The Hamiltonstovare can live ten to thirteen years when it is cared for properly and given enough love and attention. Although it doesn’t necessarily suffer from hereditary diseases, there are health problems known to affect this large breed such as hip dysplasia, epilepsy, cancer, and bloat or gastric torsion.

Like any breed, the Hamiltonstovare requires considerable amount of exercise to be happy and healthy. For this active hound, it’s at least two hours of physical and mental stimulation, making it an ideal breed for people with an active and outdoor lifestyle. Since the Hamiltonstovare is a scent hound, it will follow any scent that its nose captures, so make sure that all physical activities are done within a securely fenced area such as the backyard or garden.

Hamiltonstovare puppies are rare in the UK and buyers normally have to go on a waiting list. The purchase price for a well-bred pedigree puppy is £500 upwards. To ensure it stays healthy, you would have to feed it high-quality food that can set you back £40-£50 a month. You also need to factor in the initial cost for dog accessories and equipment such as food bowls, leads, collars, and beds, which will likely be about £200 depending on the brand.

As to healthcare you need to be prepared in case your dog suddenly falls ill or gets into an accident. You can offset some medical bills if you get a pet insurance, which can range from £56 for a time-limited cover up to £110 for a lifetime one. These prices vary depending on your dog’s health and age, the type of cover you choose, and whether it has pre-existing conditions.

Other outgoings to consider are veterinary expenses that may not be included in a pet insurance coverage such as vaccinations, routine checks, neutering or spaying, and annual boosters, which can have a combined cost of £1200 annually. Roughly, you will be setting aside £100-£170 a month for recurring expenses, depending on the type of insurance cover you choose. This estimate is also exclusive of walking or grooming services that you might later want to pay for.

Are you sure the Hamiltonstovare is the best breed for you? Take the Pet Breed Selector Quiz to find your perfect breed match.

If you are doubtful about getting a Hamiltonstovare and would be open to check out dog breeds, you can try using our Pet Finder.

Disclaimer:
The information, including measurements, prices and other estimates, on this page is provided for general reference purposes only.
Griffon Fauve de Bretagne
Harrier
Contents
Not the breed you're looking for? Click Here
Latest Stories 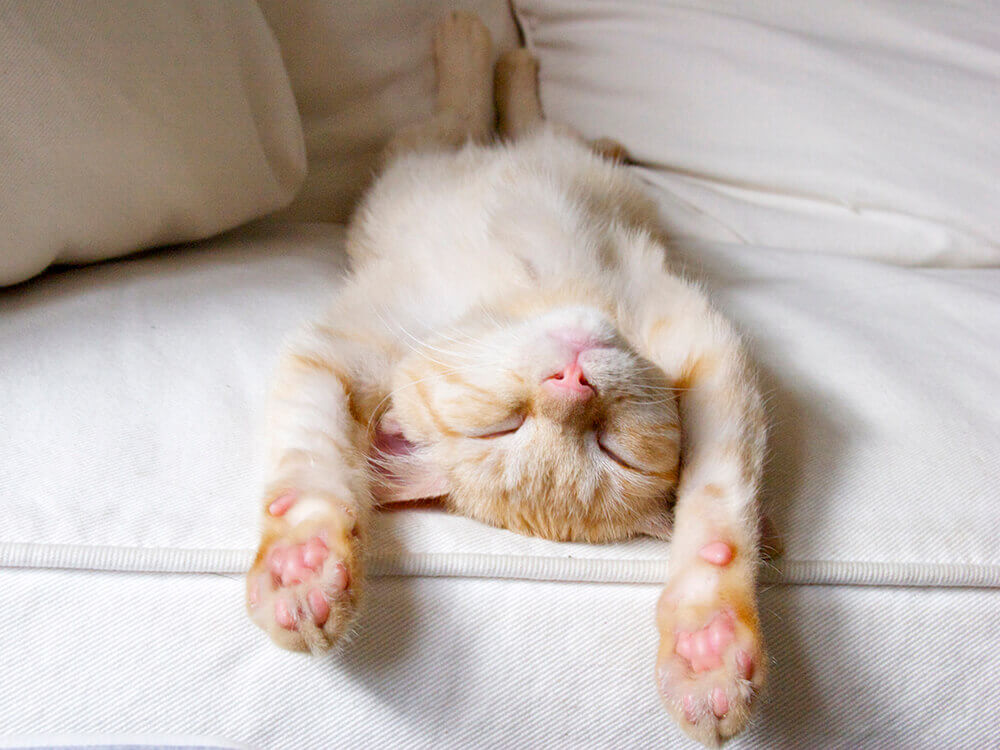 Felines are infamous for contorting their bodies into cute and peculiar positions as they snooze. What makes this fascinating is it gives us a glimpse … END_OF_DOCUMENT_TOKEN_TO_BE_REPLACED