Looking for a Hungarian Kuvasz?

The Hungarian Kuvasz is remarkable both in size and in strength. This large working dog is well-balanced and sturdily built. His strength and agility makes him a great companion dog as well as a guard or hunting dog.

The Hungarian Kuvasz is a family-oriented dog with a protective streak. Whilst he is very loving and gentle towards his owner, he can be quite wary of strangers. When training, the Hungarian Kuvasz can be a little difficult as he relishes his independence.

The Hungarian Kuvasz is one of the ancient breeds in Hungary along with the Komondor and the Pumi. The origins of the breed sprouted in Tibet. Around 1,200 years ago, the dogs came along with the invading Magyar tribes to Hungary. The name ‘Kuvasz’ is thought to be a corruption of the Turkish word ‘kawasz,’ which means ‘armed guard of the nobility.’

During the fifteenth century, the Hungarian Kuvasz became highly esteemed guard dogs in Hungary. It was all thanks to King Matthias, who was very smitten with the breed. The Hungarian Kuvasz’s prowess for hunting large games, such as wolves and bears, and guarding the king and livestock made him an indispensable companion of King Matthias.

The king was especially fond of the Hungarian Kuvasz that he would take the dog with him wherever he goes. In his estate at Siebenbuergen, he made countless big kennels that would house hundreds of his beloved dogs. Sometimes, he would gift a Hungarian Kuvasz puppy to a visiting noble. The Prince of Wallachia, Vlad Dracula, or famously known as Vlad the Impaler, even received two puppies as a wedding present from the king. Because of this, the breed became associated with royalty and swiftly rose to the ranks of popularity.

Unfortunately, after the death of King Matthias, the Hungarian Kuvasz’s fame diminished greatly. However, the dog was still used by farmers and horsemen to safeguard their livestock. Breeders made an effort in standardising the Hungarian Kuvasz in the late 1800s. When the 1920s and 1930s came around, the breed was back in the spotlight. This time, he is not only renowned in Hungary, but also in Western Europe.

The breed's fame shot down tremendously to the point of extinction during World War II. Food became scarce and funds slowly dwindled, resulting in the cutback of numerous kennels, whilst others simply stopped breeding. After the war ended, only around thirty Hungarian Kuvasz were found in Hungary.

There were a few breeders who continued to sell puppies and dogs for food and cigarette. However, since the Hungarian Kuvasz has a big appetite, only a few people wanted them. In 1956, the living conditions in Hungary gradually improved with the help of the Hungarian Revolution. The breed slowly climbed its way up to the popularity ladder once again.

The Hungarian Kuvasz is a majestic large dog breed with a slightly long, sturdy, and heavy build. He has almond-shaped eyes, droopy, V-shaped ears, and a sharp, black nose. His long tail is fuzzy with its tip slightly curving upwards.

Although he has a hefty body, the Hungarian Kuvasz carries himself with power and grace. He seems to glide as he trots or runs. Due to his effortless gait, he can cover fifteen miles without exhaustion.

The breed's most eye-catching feature is its thick, white coat, which can be straight, curly, or wavy in texture. The sole purpose of his beautiful fur is not merely for fashion but for shepherds to easily distinguish the dog from the wolves. The Hungarian Kuvasz has a double coat made up of guard hair and fine undercoat to protect him from the cold.

The Hungarian Kuvasz is a moderate shedder, but his coat is easy to care for. It only requires brushing at least once a week. Note that he sheds seasonally, which often occurs during spring and autumn. It is best to brush him preferably once every two to three days. Bathing should only be done if he gets very dirty or smelly, as frequent brushing can damage his fur and skin.

Be sure to check his nails every other week. Once they get considerably long, trim them to prevent cracking or splitting. Examine and clean his ears regularly too to prevent ear infections. Tooth brushing should be a part of his daily routine.

The Hungarian Kuvasz is gentle and extremely protective of his family. He tends to be indifferent and wary around strangers, but welcoming towards guests. Cats and small animals are welcome to his circle of friends as well. Keep in mind that early socialisation plays a big role in ensuring that your pooch matures into a mild-mannered companion.

The Hungarian Kuvasz is a great companion for children too. He is sweet and mellow with them despite their mischievous antics. However, supervision is required when your child is playing with other children. The dog might misunderstand the other children’s playfulness as aggression and his protective instincts might take over. If you have a Hungarian Kuvasz puppy, you need to keep an eye on him when playing with children as well. He is extremely playful and rambunctious that he might accidentally knock them over.

Training a Hungarian Kuvasz can be a challenging task because of his love for independence. However, he is an intelligent dog that can quickly learn new commands and tricks with the right training method. Just make sure to have lots of patience, firmness, and consistency during training. Using positive reinforcement is a great way to encourage and motivate him.

The Hungarian Kuvasz is prone to contract heart and joint diseases. Skeletal issues can also be acquired by this dog breed. To counter these diseases, add L-carnitine- and taurine-rich food in his diet. Also include alfalfa to help prevent bone disease. Adding these ingredients together with high-quality dog food could potentially aid in strengthening his health and well-being.

A Hungarian Kuvasz puppy should be fed at least three to four meals per day since his growing body requires more nutrients. Once he matures into an adult, decrease his meals to two meals a day. Each serving should at least be 2.75–3.75 cups of dog food.

Large dog breeds with deep chests like the Hungarian Kuvasz have the tendency to develop gastric torsion (also known as bloat). This can be a very painful and life-threatening issue. To prevent this from happening, make sure not to overfeed him. It is also recommended to feed the Hungarian Kuvasz small meals throughout the day to reduce the chances of this from occurring.

The Hungarian Kuvasz is an energetic dog that requires a sufficient amount of space where he could run about and play. Thus, a spacious house with a big backyard is necessary if you plan to keep him as your companion. Daily exercise is required to expend his energy and prevent him from getting bored. Make sure to walk him for at least thirty minutes to one hour daily.

Large dog breeds like the Hungarian Kuvasz are prone to joint problems if excessively exercised. Moderate his activities and prevent them from becoming repetitive and strenuous as it can strain his muscles and joints.

The Hungarian Kuvasz is a healthy breed that can live up about ten to twelve years provided that he is properly cared for. However, there are still some health conditions that this breed is susceptible to. The following are the list of health concerns in Hungarian Kuvasz that you should look out for:

Purchasing a well-bred Hungarian Kuvasz puppy may cost you between £400 and £800. Since puppies need to eat a lot although not too much, you might have to spend more on puppy or dog food. This can set you back £50 a month. You also need to factor in the initial cost for dog accessories and equipment such as food bowls, leads, collars, and beds, which will likely be about £200 depending on the brand.

When it comes to healthcare, you need to be prepared in case your dog suddenly falls ill or gets into an accident. You can offset some medical bills if you get a pet insurance, which can range from £20 for a time-limited cover up to £40 for a lifetime one. These prices vary depending on your dog’s health and age, size and weight, the type of cover you choose, and whether it has pre-existing conditions.

Other outgoings to consider are veterinary expenses that may not be included in a pet insurance coverage such as vaccinations, routine checks, neutering or spaying, and annual boosters, which can have a combined cost of £1000 annually. Roughly, you will be setting aside £70-£100 a month for recurring expenses, depending on the type of insurance cover you choose. This estimate is also exclusive of walking or grooming services that you might want to use at times. 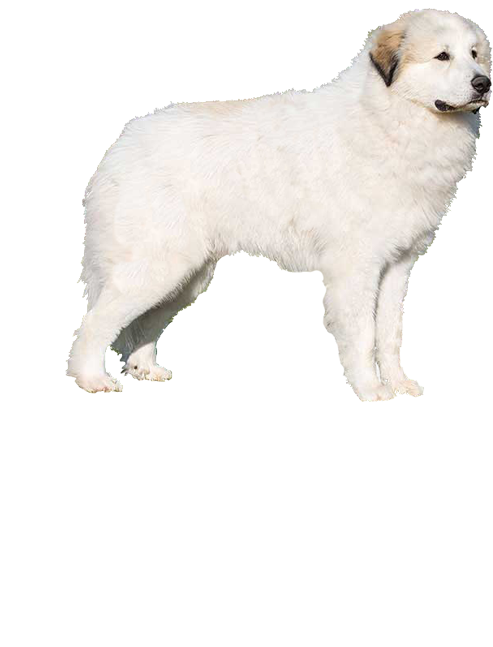 Are you sure the Hungarian Kuvasz is the best breed for you? Take the Pet Breed Selector Quiz to find your perfect breed match.

Dog Breed Selector Quiz
Disclaimer:
The information, including measurements, prices and other estimates, on this page is provided for general reference purposes only.
Hovawart
Hungarian Puli
Contents
Not the breed you're looking for? Click Here
Latest Stories