Searching for a Hungarian Pumi?

The Hungarian Pumi is a warm and loving companion that welcomes kisses and cuddles. Because of his dedication to his family, he tends to be a protective dog with a wariness for strangers. As an active canine, he needs 30 minutes to an hour of exercise and mental stimulation.

The Hungarian Pumi has a corkscrew curled coat that’s quite challenging to groom. He is a seasonal shedder that requires weekly brushing. Regular trimming is also necessary to keep his coat short and clean.

The main purpose for developing the Hungarian Pumi was to have a dog that can herd livestock such as cattle, goats, pigs, and sheep. However, the breed proved to be adept in other fields of work. He also has a talent for guarding the livestock and hunting vermin. The Pumi is trained to use his barks when herding livestock, thus he can be quite vocal. The original breed standard describes the breed as ‘unable to keep quiet.’

For centuries, the Pumi was believed to be a variety of the Puli. However, in the early 1900s, Emil Raitsitz initiated a breed standard for the two breeds. During the 1920s, both breeds were placed into separated breeding programmes. These helped in defining and stabilising both of the breeds' distinctions. The Pumi slowly developed to have a more balanced topline, elongated muzzle, and a coat that's wholly different from the Puli's. Today, the Hungarian Pumi is still prized as a herding dog. However, his charm and cheerfulness are earning him more fans that would love him to become their companion.

The Hungarian Pumi is a small-size breed with a compact body. He has a heavy, deep chest and ribs that are slightly flat. His eyes are somewhat slanted and dark with narrow eyelids. He has a long muzzle, which is his most distinctive facial feature. His ears stand straight and tipped upward, a sign of the breed's alert nature. The Hungarian Pumi's circular tail is carried high, which is a good indicator of the dog's merry nature. It also has a little undercoat. His firm and sturdy hind feet have hard nails and elastic pads.

The breed has a corkscrew-curled coat that is thick and long. It is neither matted, formed into cords, or straight. Half of the coat is composed of soft hair and the other half by harsher fur. All of them are similar in length. Coat colours may vary from black, silver, rust, sand, reddish brown, or different shades of grey. Sometimes, white may occur too, but it is not favoured by breeders. Note that the dog's coat is always in one solid colour.

Grooming a Hungarian Pumi needs a bit of extra effort, especially when it comes to his coat. He requires a thorough brushing every three to six weeks to remove tangles and debris stuck on his coat. The coat then needs a good wetting-down to help it curl again. Once the curls are back into shape, they can be trimmed to keep the coat neat and clean. The Pumi's undercoat sheds seasonally, thus he needs to be brushed more often during this time. Avoid using the hairdryer to remove loose hair as it can dry out the coat and lead to hair brittleness.

Only bathe the Hungarian Pumi once every three months or when he gets too unkempt and starts to smell. Regular trimming of the nails and ear cleaning should be incorporated in his grooming routine. Also make sure to brush his teeth every day to prevent periodontal diseases.

The Hungarian Pumi adores his family. As a cheerful and outgoing pooch, he dedicates his time by enjoying it with his human companions. The Hungarian Pumi is not averse to welcoming head pats, hugs, and other acts of affection. It is not uncommon for the dog to form a strong bond with a particular family member who showers him with love and attention.

The Pumi loves the company of kids and other pets as well, preferably the ones that he’s been raised together with. However, supervision is still advised as the Hungarian Pumi tends to herd and nip. He must not be left unsupervised with pet rodents as well, since he has a high prey drive due to his ratter instincts. Socialisation is the key for him to grow into a fellow pet-loving dog.

He is naturally wary and reserved toward strangers. At times, he would watch people first before approaching them. If you introduce a guest to the pooch, it may take some time for him to welcome the new face. The Hungarian Pumi's cautious nature makes him a good watchdog as he is ready to spring into action.

Make sure that he is socialised at an early age for him to effectively discern who is a threat and who is not. Keep in mind that he is also a barker due to his job as a watchdog, but with proper training, this trait can be curbed.

The Hungarian Pumi is a very smart dog and highly trainable. He responds well to positive reinforcement, so be sure to give him praises and treats. Since he gets easily bored and loses focus, keep your training sessions short and engaging. Despite his small stature, the Hungarian Pumi excels at dog sports, including herding trials, agility, and obedience.

The extremely vibrant Pumi needs a protein- and fat-enriched diet, which is a primary source of energy for all dogs. He also needs fruits and vegetables in his diet, which will provide fibre, vitamins, and minerals.

Three- to six-month-old Hungarian Pumi puppy should be fed at least 1/3–1 cup of dog food split into four meals daily. When he reaches six to eleven months old, feed him about 0.2–1 cup of food and divide it into three meals a day.

An adult Hungarian Pumi weighing 8 kg should be fed one cup of dog food per day. A 10 kg Pumi needs one to two cups of dog food daily. The same amount of food applies to a Pumi that weighs 13 to 15 kg. Be sure to split it into two meals a day for easier digestion and obesity and dog bloat prevention.

A dog specifically bred to herd, the Hungarian Pumi is bursting with limitless energy. Thus, he requires ample amounts of daily exercise and mental stimulation. Walk him for at least thirty minutes to an hour a day, and don’t forget to play with him. Indulge him in a game of Frisbee, puzzle games, or simply teach him new tricks and commands to keep him entertained.

Be careful not to over-exercise the Hungarian Pumi puppy as his joints and bones are still growing. Too much taxing activities could result in bone and joint problems are he grows older. Therefore, limit his exercises, including running up and down the stairs and jumping up and down the furniture.

The Hungarian Pumi can live a long life if taken care of properly. The breed has a lifespan of ten to twelve years. However, just like some dog breeds, the Pumi is associated with a few medical issues, such as:

Purchasing a well-bred Hungarian Pumi puppy may cost you between £500 and £1000. Since puppies need to eat a lot although not too much, you might have to spend more on puppy or dog food. This can set you back £20-£30 a month. You also need to factor in the initial cost for dog accessories and equipment such as food bowls, leads, collars, and beds, which will likely be about £200 depending on the brand.

When it comes to healthcare, you need to be prepared in case your dog suddenly falls ill or gets into an accident. You can offset some medical bills if you get a pet insurance, which can range from £16 for a time-limited cover up to £44 for a lifetime one. These prices vary depending on your dog’s health and age, size and weight, the type of cover you choose, and whether it has pre-existing conditions.

Other outgoings to consider are veterinary expenses that may not be included in a pet insurance coverage such as vaccinations, routine checks, neutering or spaying, and annual boosters, which can have a combined cost of £1000 annually. Roughly, you will be setting aside £50-£80 a month for recurring expenses, depending on the type of insurance cover you choose. This estimate is also exclusive of walking or grooming services that you might want to use at times. 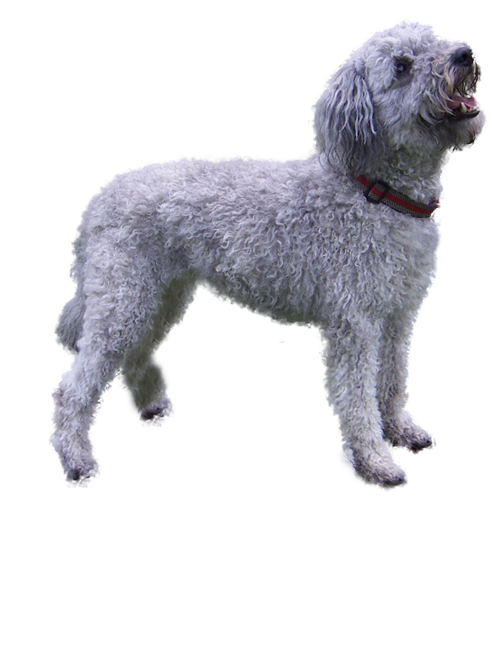 Are you sure the Hungarian Pumi is the best breed for you? Take the Pet Breed Selector Quiz to find your perfect breed match.

Dog Breed Selector Quiz
Disclaimer:
The information, including measurements, prices and other estimates, on this page is provided for general reference purposes only.
Hungarian Puli
Hungarian Vizsla
Contents
Not the breed you're looking for? Click Here
Latest Stories